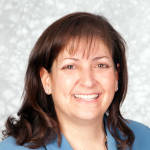 Listen to Michele Bolos on Federal Drive with Tom Temin

Michele Bolos, CEO and founder of NT Concepts, was named the Executive of the Year for companies $75 million to $300 million as part of the 2016 Greater Washington GovCon Awards, which are presented by the Northern Virginia Chamber of Commerce. NT Concepts from one person in 1998 to a highly successful mid-tier company comprised of talented, motivated leaders and employees focused on delivering customer service excellence within a positive corporate culture. Bolos’ sharp business acumen, engaging leadership style and unwavering dedication serve as the foundation for the success of her customers, employees, and the company. Bolos’ trademark — she truly cares about people — is a trait which permeates her every decision and action.