The Biomedical Advanced Research and Development Authority, known as BARDA, isn’t a household name. But it was at the center of federal efforts to get COVID vaccines developed and into the market. A team of researchers are now finalists in this year’s Service to America Medals program. They are Dr. Rodney Wallace, director of diagnostics and devices,...

The Biomedical Advanced Research and Development Authority, known as BARDA, isn’t a household name. But it was at the center of federal efforts to get COVID vaccines developed and into the market. A team of researchers are now finalists in this year’s Service to America Medals program. They are Dr. Rodney Wallace, director of diagnostics and devices, Dr. Kimberly Armstrong, therapeutics branch chief, Dr. Robert Johnson, director of medical countermeasures, and the director of BARDA, Dr. Gary Disbrow, who spoke with the Federal Drive with Tom Temin.

Tom Temin: And let’s begin with BARDA itself. Are you part of HHS (Department of Health and Human Services)? Is it an independent agency? I thought I knew everything about HHS and the government but I forget that one.

Gary Disbrow: Yeah, Tom, not a lot of people as you said know BARDA is a household name. So we’re located in the Department of Health and Human Services under the Office of the Secretary in the Assistant Secretary for Preparedness and Response.

Tom Temin: All right, getting down to the vaccine development, I guess it goes back to the earliest days of the pandemic. Tell us exactly what BARDA’s role here is, because in the description of the award, it refers to the development of the vaccine on one hand and also the manufacturing and distribution of it on the other hand.

Gary Disbrow: So if I had to use one word to explain BARDA, I would say that that word is vital. BARDA is a vital organization supporting public health preparedness and response. BARDA is always called upon to respond to public health emergencies and quickly develop vaccines, therapeutics and diagnostics. And we’ve done this for H1N1, Zika, the Ebola outbreak in West Africa and subsequent outbreaks in the DRC, and now the COVID-19 pandemic. And this is in addition to our normal mission of developing medical countermeasures for pandemic influenza, and chemical, biological, radiological and nuclear threats. We’re always watching for potential threats. We work with public health agencies for surveillance and worldwide with our other colleagues. And as soon as we see something of concern, we start taking steps to address those concerns. And in this case, before the SARS-CoV-2 virus even had an official name, we realize this showed potentials of being serious. We collaborated with our colleagues at NIH (National Institutes of Health), the CDC (Centers for Disease Control and Prevention) and DoD (Department of Defense) to look at what technologies were available that might be useful if the virus spread and was as serious as it appeared to be. And so we reached out to our existing partners to see whether the technologies and products that we’re working on might be useful for a virus like this, we started reaching out to diagnostic developers, even at the end of 2020. At the same time, we opened our Corona watch portal to serve as a single point of entry for all product developers to learn more from anyone, anywhere who had products or technologies that might be useful in interacting with industry is just one of our strong points at BARDA.

Tom Temin: Sure, and the idea that there is a large federal apparatus that responds here, there’s elements in DoD, they’ve got their own labs even and then the CDC, and then there’s the FDA (Food and Drug Administration) and it goes on and on. So how do you know who’s in charge and who does what when these things arise?

Gary Disbrow: So we work collaboratively across HHS in the instance of SARS-CoV-2 response, the previous administration stood up what was called Operation Warp Speed, and Operation Warp Speed brought in Gen. Perna for the DoD to support the logistics that would be necessary to support such a large response and Moncef Slaoui, you know, as our scientific adviser, and that organization really led the collaboration across HHS and DoD, we relied heavily on DoD for contract support, because we knew that this was going to be an incredible effort. We have an incredible team within the BARDA organization for contracting, but we knew that we were going to need additional support.

Tom Temin: And when you knew that there was a vaccine, probably on the way, then it was necessary to make sure that it was manufacturable. And that the needles and the vials and all of these things, people kind of take for granted had to also be in place, otherwise, you couldn’t get it into the arms of America.

Gary Disbrow: Correct. And so very early in 2022, BARDA made initial investments in the procurement of needles and syringes and vials and also expanded domestic capacity for those. Some of these were contracts that we had in place from our H1N1 response in 2009. BARDA to also quickly made investments again, you know, leveraging partnerships that we already had for vaccines and therapeutics to pivot them quickly. They had been previously working on vaccines for Ebola or Zika, diagnostics as well for those threats. And we looked across our portfolio and quickly made those investments and the investments that we made served as the portfolio of vaccine and therapeutic candidates that eventually became supported by Operation Warp Speed. And as you mentioned, manufacturing was key. And so the federal government assumed the financial burden of scaling up manufacturing while the clinical trials were still ongoing in the anticipation that if a positive result came from the phase three efficacy trials, that we would be able to roll out vaccine quickly and that’s exactly what happened. In December of 2020, we were able to roll out two vaccines.

Tom Temin: We’re speaking with Dr. Gary Disbrow. He’s director of the Biomedical Advanced Research and Development Authority, and a finalist in this year’s Service to America Medals Program. And you mentioned the work in Zika and Ebola and some other programs earlier, this is almost like a prize fight card in which the small matches take place before the big one comes along. So is it fair to say or accurate to say that there was actually some practice for this before the main Coronavirus really hit even though people thought that nation was unprepared but it sounds like there was some pretty good experience of recent years.

Gary Disbrow: BARDA is always called upon to respond to public health emergencies. And so we have experience developing what people refer to as platform technology. So these are technologies that are being developed to address one pathogen, but can quickly be pivoted to address other pathogens as well. And don’t forget that the NIH it also supported research into SARS-CoV-1 as well as MERS to develop a stabilized spike protein. And that was started back in, you know, early 2000s. And so that foundational work was necessary and critical to make sure that we have a stabilized spike protein for SARS-CoV-2 that can be used as a vaccine antigen.

Tom Temin: And when this started to develop early in 2020, what was it like inside BARDA? Almost, I’ll use another analogy. Did you feel like a surfer suddenly looking out at the sea and realizing a really big one is coming?

Gary Disbrow: We immediately moved to start work on countermeasures for SARS-CoV-2, you know, we also stood up our incident management team within the BARDA organization, which is similar to what we did for the 2014 Ebola crisis in West Africa. We quickly modified our broad agency announcement, which is our main funding mechanism solicitation as well as what we have. It’s called an Easy Broad Agency Announcement so that we could support development of diagnostics. And so we quickly you know, again, looked across our portfolio and started making investments even before we received supplemental funding from Congress, which we’re very grateful for, we used our annual appropriations to start companies such as Sanofi, Regeneron for therapeutics, Merck and Moderna, as well for companies that we’d previously supported for other pathogens.

Tom Temin: And you strike me as someone who is pretty calm and dispassionate about what is required in a case like this, tell me was that something that you needed to call upon when, frankly, all hell was breaking loose?

Gary Disbrow: So I try to remain calm. Because, again, we just have an incredible organization, some of the leading experts and minds in the fields of product development, science, manufacturing, regulatory, clinical, non-clinical, as well as our contracting shop. And, you know, I felt that it was important for them to all understand the severity of what was going on, but to also stay focused on the mission, which is really to develop these medical countermeasures as quickly as possible, while still, you know, making sure that we’re supporting all of the FDA regulatory requirements so that the American people would have confidence that these are safe and effective products that are being developed.

Tom Temin: And the government loves the word playbook for this or that that’s kind of come into the vernacular in the last few years, is something being done now to capture all of the learnings from the last couple of years so that the playbook can be passed on for the next time? If there is a next time?

Gary Disbrow: Yes, well, let’s hope there is not a next time but yes, the federal government has multiple efforts, you know, what we call lessons learned documents that are being established, it’s hard to do it when we’re still, you know, in the middle of the pandemic, but we are looking at lessons learned. And we do that for every large event, as we did for H1N1 as well as Ebola. There was a tabletop exercise called Crimson Contagion, which was run a couple of years ago, which is a major pandemic in the United States. And, you know, so that everybody from the federal government would be able to coordinate and share information. And you know, those were lessons learned that we applied for this response. 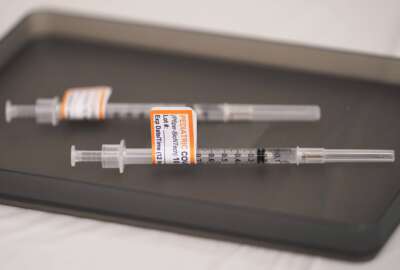 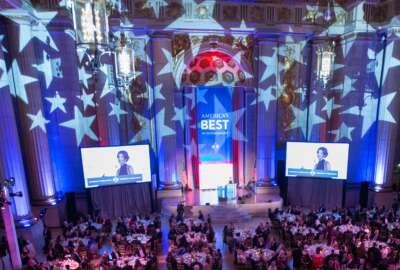 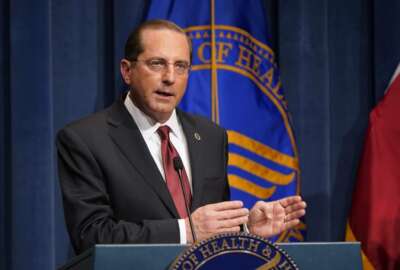 HHS says it’s ready to take over Operation Warp Speed, but GAO is not so sure