The government can move closer to a bring-your-own device environment for smartphones, laptops and tablets on the heels of an important decision by the Government Accountability Office.

GAO ruled on Feb. 19 that the Consumer Product Safety Commission’s voluntary BYOD program for its employees doesn’t violate any appropriations or gift laws, and the agency can provide technical support to its workers.

“CPSC’s voluntary BYOD program is neither an augmentation of appropriations nor a gift, and CPSC may use appropriated funds to support the program,” GAO said in its ruling. “As indicated, an agency’s compliance with the miscellaneous receipts statute is but one of the many relevant considerations applicable to a program such as that contemplated by CPSC.”

Over the last four years, the question about whether agencies could move to a bring-your-own device environment has been the topic of many conferences, vendor white papers and a host of news articles.

There are several outstanding questions, ranging from could the government pay employees a stipend or share somehow in the expense of the phone costs, to whether the mobile device management (MDM) systems are good enough to keep federal and personal data separate, to the whole idea of developing government apps.

The Office of Management and Budget released a BYOD toolkit in 2012 as a way to support this concept, but few agencies have gotten on-board because of the uncertainty around many of these and other associated issues.

A few agencies, such as the Equal Employment Opportunity Commission, have successfully moved to a BYOD environment. In 2012, the EEOC, for example, reduced the number of Blackberry devices from 560 to 360, eliminated a lot of the zero-use devices across the agency, and, in turn, reduced the amount of money it spent on mobile devices and plans by almost 50 percent.

The Marine Corps has been testing a BYOD concept as well for the last year.

But most agencies believe that staying with government-furnished devices makes the most sense.

So that’s why the GAO decision is important. It gives agencies more confidence that even without the ability to reimburse employees, offering them the option to use their own smartphone or tablet computer provides the potential for real savings.

This is the first ruling by GAO on an agency’s BYOD program, thus setting a precedent for agencies as they decide how best to move away from government-furnished devices.

It seems more agencies should be interested in BYOD, at least according to a 2015 survey of more than 1,000 federal employees by Lookout, a mobile cybersecurity company.

So if the GAO ruling can help push agencies to recognize the existence of these “shadow” programs and put some rigor and cyber controls in place, that’s one more risk that is a bit more mitigated and the recognition of real budget savings. 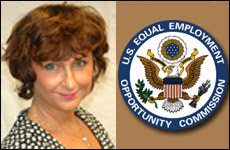