The return of in-person conferences still is a bit weird. As most attendees will say, it’s great to see people in person, but it’s less fun to wear “real” clothes and shoes. The “business on the top and vacation on the bottom (dress shirt and shorts)” doesn’t work well when you are in a hotel or conference...

The return of in-person conferences still is a bit weird. As most attendees will say, it’s great to see people in person, but it’s less fun to wear “real” clothes and shoes. The “business on the top and vacation on the bottom (dress shirt and shorts)” doesn’t work well when you are in a hotel or conference center for most people.

Maybe the best part of the return to in-person events, at least for intrepid reporters, is the ability to ask follow-up questions after a presentation or speech. That is when you turn a story that is likely to be a lemon into sweet lemonade.

At the recent Emerging Technology and Innovation Conference sponsored by ACT-IAC in Cambridge, Maryland, the lemonade was flowing thanks to the bevy of speakers who were willing to talk about all the good things happening in their agency.

From Army chief information officer Raj Iyer offering an update on his digital transformation efforts to Sonny Hashmi, the commissioner of the Federal Acquisition Service in the General Services Administration, talking about the latest contract to buy cloud services, to Stacie Alboum talking about her new job at the Federal Deposit Insurance Corporation as deputy director of enterprise strategy, the news flowed like, well lemonade.

But here are three items you may have missed from the event.

AFWERX moving back to DC

The Air Force’s innovation arm missed the Washington, D.C. metro area after all.

AFWERX closed its offices in Arlington, Virginia during the pandemic, figuring it would use its offices in Las Vegas and Austin, Texas as places to recruit innovative companies.

But like in Godfather Part III, AFWERX may have been screaming  “just when I thought I was out, they pull me back in” to Washington, D.C.

Garrett Custons, a Spark cell director at AFWERX, said the organization is looking for new space in the D.C. metro area.

“It’s really a blank slate with what it could look like,” Custons said. “We want to build out an incubator in the D.C. area. We’d love it to be co-located with other organizations in the government innovator space. We don’t just the space, but a place where tools and products can be tested.”

AFWERX, which the Air Force launched in July 2017, focuses on accelerating agile and affordable capabilities by teaming innovative technology developers in the private sector with Airman and Guardian talent.  In 2020, the Air Force split AFWERX into three different branches: AFVentures, Spark and Prime. The Spark branch is focused on empowering innovation at the operational edge.

Custons said the decision to rethink the need for an office in the D.C. area is based on two factors. The first is internal growth of staff. The second is number of vendors in D.C. metro area.

“This is where the decision makers are,” he said. “It’s a logical progression of the lifecycle of AFWERX to help companies get into the federal market.”

AFWERX has money set-aside for the office space, but isn’t against the idea of sharing space with other agencies or innovation cells.

Custons said one option would be to share space with the Office of the Undersecretary of Defense for Research and Engineering and the National Security Innovation Network in Arlington, Virginia.

“If a government organization has office space, we’d like to talk to them. It’s hard to know what is available and what’s out there,” he said. “We are talking to the General Services Administration because they have collaboration space that isn’t being used as much as they thought, so maybe partnership play there.”

Commerce BIS sprint to the cloud

You’d think moving to the cloud would by now would be passé. Agencies have been talking about it for more than a decade.

For the Commerce Department’s Bureau of Industry and Security, cloud services represent an entirely new way of doing business.

Mike Palmer, associate chief information officer for BIS, said the goal of moving to the cloud is, of course, IT modernization. But the bigger win will for BIS is how the cloud services will free up data and break down silos.

Palmer said BIS is launching a pilot program around a data warehouse and data sharing platform to improve how they work with the intelligence and law enforcement communities as well as conducting a pilot to take some of its data from licensing offers and turn it into export control impact.

“One of the things we believe in is trying things on a smaller scale and expand it from there so  quick, small investment to prove out a concept,” he said. “The next phase of our product lifecycle modernization effort is to do a lot of user research over the summer as part of our enterprise modernization activities.”

A BIS spokesperson offered a few more details by email.

The spokesperson said the move to the cloud will set the foundation for a broader modernization journey that includes creating new data sharing capabilities, public-facing digital services and a zero trust cybersecurity architecture.  The move to the cloud is expected to improve BIS’s operational resiliency and security, reduce costs, and provide modern tools for developing new software applications that will improve the BIS customer experience.

Palmer said at the event that one of the biggest challenges for BIS is getting the workforce comfortable with using cloud services and no longer being in a physical environment.

BIS expects the infrastructure modernization to save money, but Palmer said the CIO’s office still is finalizing those details.

The Coast Guard Commandant’s tech revolution will not be televised, but it now will be on Zoom or Microsoft Teams.

Brian Campo, the Coast Guard’s deputy CIO, said the service recently upgraded the communication bandwidth for all major cutters, which are out to sea 180 to 200 days a year.

“The Coast Guard has been going out with Navy fleets for the last several years into places like Indo-PACOM and around the horn of Africa, but also going up into the Arctic. These are places were communications are really challenging. So one of the thing we have been trying to do is upgrade equipment, working with industry partners and looking at different communications links we could use,” he said. “One of the most amazing things have done in about the last year is we’ve doubled connectivity to the major cutters. What we have been able to do is upgrade them so that they have enough bandwidth so now on the morale side in some of the mess decks and personnel areas, they can actually get what we would call ‘dirty’ internet to be able to send email back to loved ones. Just recently we just doubled their internet again so they can actually do video teleconferences using Teams and Zoom to actually reach back and talk with their loved ones.”

Former Coast Guard Commandant Adm. Karl Schultz, who retired on June 1, made the increase of bandwidth to cutters a central part of his Tech Revolution plan.

“Each of those two new systems are game changing to the Coast Guard. They are systems we have been leveraging from the Defense Department that we will be retiring in the next few years,” he said. “We are trying to build out some new replacements for those systems and taking a different approach. We are leveraging what we did in the first half of the tech revolution bringing in things like data, making data part of what we do for our C2 systems, making sure as we develop navigational systems we are leveraging the technology through commercial satellite communications. We are thinking about how we can use artificial intelligence to actually build out navigation systems that can manage these over congested ports and work with the shippers to give them more information as they come into a port.” 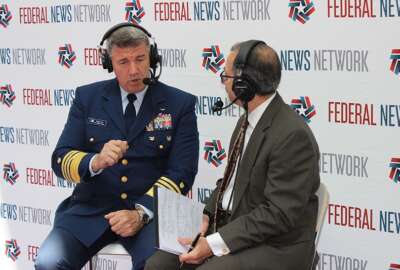 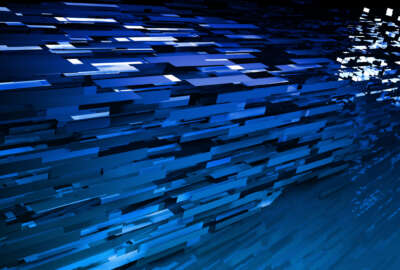