Fraud is not a four-letter word, a new playbook is striving to prove that

PHILADELPHIA — “The deceptive nature of fraud makes it difficult to measure in a reliable way.”

Both of these comments, which came from the 2015 compendium, “A Framework for Managing Fraud Risks in Federal Programs” from the Government Accountability Office, are just as true today as they were three years, or for that matter 20 years ago.

When it comes to measuring, mitigating and combating fraud in federal programs, agencies are struggling.

The struggle comes despite the fact that GAO issued the framework three years ago, which detailed four broad steps for agencies to implement to combat fraud, few agencies have made any real, measurable progress.

In July, GAO testified before the House Ways and Means Committee that there is no reliable measurement of fraud in the Medicare program despite more than $52 billion in improper payments. The same is true for Medicaid, for the Social Security Administration’s retirement, survivors and disability insurance program and for nearly every other of the 16 high priority programs.

Add to the fact that Congress and the White House have made stopping fraud a major focus area over the last decade, and the shortcomings are even more disheartening. Lawmakers passed multiple pieces of legislation, including the Fraud Enforcement and Recovery Act of 2009 and the Fraud Reduction and Data Analytics Act of 2015. Meanwhile, the Office of Management and Budget updated  Circular A-123  to focus on enterprise risk management and included controls to mitigate fraud and approaches to use data analytics.

Basically what all of this means is the real impact of fraud in federal programs is unknown and agencies are unclear about how to stop it, so therefore billions of dollars are going to people and/or organizations that don’t deserve it.

For all of these reasons, and many others, the CFO Council and the Treasury Department’s Bureau of Fiscal Service took a small effort with the Veterans Affairs Department and turned it into a governmentwide initiative to help agencies start identifying and reducing fraud in programs.

The council and BFS released the anti-fraud playbook on Oct. 18 to provide practical guidance, leading practices and helpful resources.

“We have been working over the course of the last year with VA to look at how we could improve their anti-fraud efforts. As we were doing that, we were taking those lessons learned and talking to the other agencies about what are their needs, what’s working well and what are the gaps?” said Tammie Johnson, a program and management analyst at the Bureau of Fiscal Service, in an interview with Federal News Network at the ACT-IAC 2018 ImagineNation ELC conference. “We also collaborated with OMB, GAO and the inspectors general community to see what their thoughts were so we could build an actionable playbook that agencies can use to build their program out. They don’t need to start from beginning to end. They can actually pick and choose based on where they are in the anti-fraud journey and take action on those items.”

The playbook breaks down 16 plays across four areas:

Johnson said the playbook is meant to be actionable and based on current resources agencies have on hand. She said BFS and the CFO Council makes it clear in the playbook that part of the implementation is to share what you know, borrow tools and practices from others and take advantage of tools and capabilities agencies already are using.

Linda Miller, a director and the fraud risk management practice lead with Grant Thornton, said the playbook can be considered the GPS to the GAO fraud framework map.

Miller, who helped draft the GAO fraud framework, said the playbook helps bring the concepts down to an implementation level.

“A lot of agencies were struggling in assessing their fraud risk, where would they use data analytics and where would they start,” Miller said in an interview. “The great thing about the playbook is it really has a paint-by-numbers approach. We really broke out by plays, which are written in a vernacular that is easy to understand and has a lot of graphics and checklists. We really wanted agencies to pick up the playbook, look at one play and say, ‘I’m going to do these three or four things. This is what I’m going to try to get accomplished in the next quarter,’ and not try to bite off a huge amount of work that there is no way they could get done and feel overwhelmed.”

Johnson said the bureau plans on holding training sessions so other agencies can understand how to use the playbook and learn from VA’s experiences. BFS and other agencies have tools they also can share, which eventually will be listed on a single website, and agencies can always hire contractor services.

Miller said part of the challenge is agencies tend to think they don’t have any fraud, or if their programs do, they think it’s the IG’s responsibility.

“One of the big plays we really focus on is building your fraud awareness. I think the play is called ‘Fraud is not a four-letter word,’” she said. “Agencies are starting to realize it is their responsibility.”

Johnson added another play that is trying to change agency perspective: “Think like a fraudster.”

“Generally, when you ask people if they have fraud, they think of what they would do, but not what a fraudster would do. So we give them a map of how you think like a fraudster to see where those entry points are. That will be key to developing their action,” she said.

Miller said agencies shouldn’t get overwhelmed by the playbook and should just get started looking for and mitigating fraud.

“The key is you start somewhere. Ideally, you’d start with a fraud risk assessment because there really where all the exciting work like analytics can come from and guide your investment of resources,” she said. 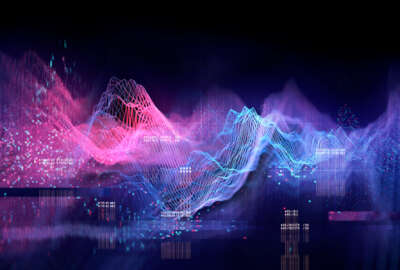 To fight fraud, understand your risks, analyze your data