A discussion about climate change with an earth scientist at PNNL

Lots of federal scientists are connected to the ongoing research on the atmospheric energy and the question of climate change. The Federal Drive with Tom Temin recently got a sort of survey of these topics with one of them. Claudia Tebaldi is an earth scientist at the Pacific Northwest National Laboratory and a delegates to the UN...

Lots of federal scientists are connected to the ongoing research on the atmospheric energy and the question of climate change. The Federal Drive with Tom Temin recently got a sort of survey of these topics with one of them. Claudia Tebaldi is an earth scientist at the Pacific Northwest National Laboratory and a delegates to the UN intergovernmental panel on climate change, the IPCC. We started with the weather versus climate question.

Tom Temin:  Having grown up coming to Washington every summer 50,60 years ago, it was really long, hot summers that were here. And it seemed like there was a period when they weren’t so long and hot. So are we distinguishing properly between just the weather fluctuation? And something actually in the so-called climate?

Claudia Tebaldi: Yes, you know, I think what you’re putting your finger on is what occupies most climate scientists is the problem of distinguishing what is just the random fluctuations in the weather and climate. And what is something that is sustained and cannot be explained by anything intrinsic to the system, but needs to be explained by external disturbances. And unfortunately, the most significant disturbance on climate, it’s our activities, it’s our producing carbon dioxide and then mixing it in the atmosphere and changing the statistics of the weather and climate. Unfortunately, most of the time for the worse.

Tom Temin: Well, why is it then that about 40 years ago, there was a prediction of global cooling by every scientist, so to speak. And in that time, the U.S. maybe the emissions have gone up, but the emissions per capita are way down, and our air is much cleaner. Is it the rise of the economies of India and China that are the problem, do you think?

Claudia Tebaldi: Well, the U.S. continues to emit, unfortunately, in excess of what is considered necessary to limit warming to so-called safe levels. It’s true that meanwhile, many other economies have developed and therefore, for example, China and India have increased the level of emissions. But our economy is still based, for the most part on fossil fuels. And so it’s a fact that we continue to increase the level of co2 in the atmosphere. We are no longer the ones that produce the most every year. But we are far from being on a downward trajectory.

Tom Temin: Getting back to the models and so forth, you are part of the joint Global Change Research Institute, a subgroup of the Pacific Northwest National Laboratory, and that’s in conjunction with a university people know, tell us about that effort and what you do there.

Claudia Tebaldi: The group is a very interesting interdisciplinary group that besides studying climate, like I do, about those plausible future evolutions of both society, the economy, the way we produce energy, the way we produce goods, and therefore, we can see how different types of choices can lead to more or less decreases in our reliance on fossil fuel. Of course, there are futures that are less optimistic and see a continued increase in the use of fossil fuels. But I have to say that if you look at trends in the U.S., even in the lack of, you know, specific policies, so far from this, let’s say grassroot type of processes, we see an increase in the adoption of clean energy and renewables, therefore, we are seeing the possibility of fueling our economy with alternative sources that are less detrimental for the environment.

Tom Temin: Again, that touches on policy instead of science, which is difficult. But do you look at the economic effects? Do you give advice for what might be sane public policy?

Claudia Tebaldi: We don’t. As scientists we stay away from advising policy. What we can do is to model alternative ways to evolve with society and economy and see the consequences, and then offer this information to policymakers. So then they can decide between trade-offs and cost and benefits and they can propose their own policies. But as scientists, we don’t go there.

Tom Temin: Yeah. So it’s probably refreshing not to have to go there. But given all the debates that happened. Does your work also look at the electrical distribution system because various sources of energy do have different effects on the so called grid and the grid is what people live off of.

Claudia Tebaldi: I don’t personally do that. But there is a lot of work that goes into modeling the grid and the resilience of the grids and the needs for progress and technological progress in how we produce a and distribute and make our grid resilient, for example, to extreme weather events where we don’t want failures to affect possibility of people to, for example, cool themselves or heat themselves or produce goods, move around, there is a lot of work going on in modeling what is needed to make our grid better able to rely on renewables that we know are not as continuous as electricity that is produced through fossil fuels. So there is the need of playing around with the distribution and the switches in a more resilient way.

Tom Temin: And two questions, one in the work that you do, how is nuclear power counted? Is it counted as a fossil fuel or as a alternative fuel? Or what is it?

Claudia Tebaldi: Nuclear is not producing any greenhouse gases. Of course, a nuclear produces waste that is difficult to manage, but nuclear would be part of the alternative ways to produce power and electricity. And again, you know, the choice about building nuclear plants is a policy choice. But definitely nuclear is part of the portfolio of technologies that the modeling takes into account. And again, there are scenarios that rely more or less on nuclear.

Tom Temin: Sure, understood, and what are the sources of data? Because everybody seems to cite a different source when talking about climate and whatever you believe about climate, and it’s hard to know what is the ground truth. So you need to have data sources that maybe everybody that’s responsible looking at this can agree to.

Claudia Tebaldi: I have to say that we are kind of drowning in data in the sense that by now,  unfortunately, we have observed, for example, our physical climate for many, many, many decades, and in a fairly, you know, pervasive coverage over the world. So there is no longer hiding behind the uncertainties of what has happened or not. We have satellites that observe the weather, and they have been up there for several decades now. So again, we have a fairly complete coverage of what has happened in terms of their socioeconomic and, you know, energy-related data. I’m not the expert, but I know that our modelling, starts from a baseline that is rooted into the data. And then we project ahead, you know, trends according to different hypothesis, for example, a sustainable future or a more fossil fuels reliant future. But we start from a baseline that is constrained by observations and data.

Tom Temin: And do you think humanity will survive here?

Claudia Tebaldi: Well, as I said, there are already trends that point at the fact that we are, you know, slowly going away from complete reliance on fossil fuels. What they want to say is that we see these extreme weather events, so destructive, so frequent, so intense, but we always have to remember that the effects are a combination of those weather events, and what they find on the ground. So how resilient society is, and therefore we can invest in measures that help us protect civilization from these events. So another part of the report that I was not involved in studies, what is called adaptation, where we already see that the same kind of event that happened 10 years ago, is less distracting now. Because people now know how to deal with it and maybe have put in place some protection. And of course, this needs to be done in a much more pervasive way and in certain parts of the world more than others, but I think it can survive if we can put in place those kinds of measures. 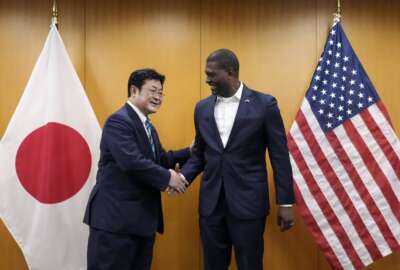 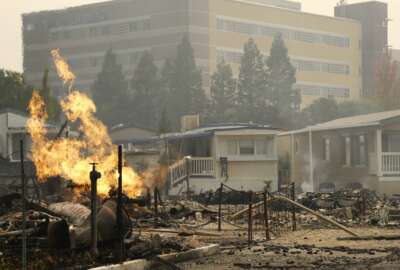 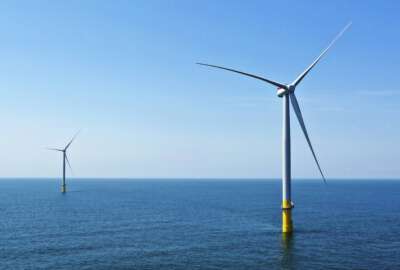