Out in the hinterlands, wireless carriers are worried about the government ban on Chinese equipment. But they’re encouraged over recent FCC and Congressional action they say will let network operations continue, because the government will pay for replacement equipment. To sort out a complicated issue, attorney Carri Bennet, representing the Rural Wireless Association spoke to the Federal...

Out in the hinterlands, wireless carriers are worried about the government ban on Chinese equipment. But they’re encouraged over recent FCC and Congressional action they say will let network operations continue, because the government will pay for replacement equipment. To sort out a complicated issue, attorney Carri Bennet, representing the Rural Wireless Association spoke to the Federal Drive with Tom Temin.

Tom Temin: So wireless carriers out in the country have Chinese equipment, which has now been, at least in the future, banned by the federal government. So far as we can tell. What does that require of them? And what are they worried about?

Carri Bennet: The rural carriers primarily are subsidized. They’re known as eligible telecommunications carriers under FCC rules, and the FCC has adopted an order to prevent the funding that went to these eligible telecommunications carriers from being used to pay Huawei or ZTE to operate or maintain their existing network. The FCC has said you can’t use that money anymore, and these carriers don’t have enough subscribers to support the network on their own, so without that funding, they risk having to shut down the network eventually.

Tom Temin: That is to say they have a replacement program that they have to follow, and were hoping to buy the least expensive equipment. Is that what’s going on?

Carri Bennet: Well, there’s not a replacement program in effect. The FCC has said that they don’t have to replace the equipment. They just can’t use their subsidies that they receive from the FCC through the Universal Service Program to continue to operate and maintain them. The FCC is in the process of finalizing that regulation to prevent that, and so, when I say, prevent that, prevent them from being able to use the money to Huawei or ZTE to operate or maintain those networks. And so once that order becomes final, the carriers will no longer be eligible to get that support. Without that support, they don’t have enough money from their ongoing commercial operations because they have very few subscribers to continue to maintain those networks. So over a period of time, the networks will have to be slowly shut down if they can’t operate and maintain them if they don’t have any other source of funding. So the carriers are hoping that Congress will come through with some legislation to appropriate some money to help them replace the Huawei and ZTE equipment. And today the House has passed legislation that would allocate a billion dollars to help these companies across the country have deployed this equipment and we’re just waiting for the Senate to also approve that. We thought it was going to be approved in December. We were very close, but Senator Mike Lee from Utah held it up and we’re waiting for the Senate side to work through that. And the rationale behind Senator Lee holding it up is that he didn’t want the money coming directly out of the Treasury. We’re hoping that the Senate and the House will resolve that and come up with the funding. Once the money is there, the carriers can start looking to replace the network and keep everything up and running.

Tom Temin: We’re not even talking about 5G and future networking. This is just the established base of 4G  LTE and 3G networks that are out there in the country.

Carri Bennet: Yes, 3G networks and LTE networks. There are still some 2G networks out there, believe it or not, But I don’t believe those are using Huawei and ZTE equipment.

Tom Temin: Well, it sounds only fair because in a way Congress and the administration changed the ground rules that the rural wireless operators were operating under. Would that be fair way to characterize it?

Carri Bennet: That’s a very fair way to characterize it, and I think that folks in Congress and at the FCC both understand that. They’re just trying to understand how they deal with it and deal with it in a proper sequence. I think the concern that RWA members have is that the FCC may have gotten out ahead of itself by ordering that the maintenance and operation can no longer be a function of what we use universal service support money for. So if the FCC would slow down a little bit and let Congress catch up with the appropriation of the money for the replacement, I think we’d all be in a much better position. And you have to remember, this is about securing the supply chain and national security issues. So it’s not gonna help us if some people are replacing equipment and others aren’t.

Tom Temin: What about interoperability with the existing city networks that are dominated by the large carriers, the At&Ts and Sprints and Verizons. Is there an issue there with the equipment in one place versus the equipment in another?

Carri Bennet: All of those carriers that you mentioned have roaming agreements with small carriers, and so they do to some degree have their subscribers., if you’re one of the top four nationwide carrier subscribers and you’re in the rural markets, you would be roaming on the networks that have this equipment, yes.

Tom Temin: So the FCC is unanimous, though correct, in this particular issue of wanting to stop that funding, as you say, getting ahead of maybe where Congress is, but knowing that eventually the law of the United States is no Chinese equipment in our telecom networks?

Carri Bennet: That’s what everything seems to be driving to, yes. Now there’s a further notice, a proposal making that the FCC has out seeking comment on to expand whether they have the authority to regulate the removal of equipment beyond just the universal service ETCs that they are currently looking at. So they’re trying to determine if they have authority to have it completely removed, regardless of whether you accept the universal service support as a subsidy.

Tom Temin: Because even with the roaming agreements, you still have to have those networks up and running. Would it be fair to say that if they don’t get funding or if they can’t afford to keep it going eventually piece by piece, the wireless networks would eventually stop just because of the normal maintenance that’s not being done?

Carri Bennet: Yes, and also just not having enough money to keep everything up and running. So turning down cell sites that maybe have fewer people using them and just trying to conserve your cash that you have that’s your own cash, not the universal service support. So just trying to work that
through.

Tom Temin: Sounds like this is much a national security issue as a convenience issue because first responders and even sometimes other elements of the government use and require wireless service in the hinterlands and so that would have to be there for those purposes.

Carri Bennet: Yes, it’s definitely a public safety issue and a first responder issue, and they all use the networks when emergencies come up in those areas. Whether it’s a automobile accident, you know, God forbid a plane crash or anything that’s taking place, you know, oil rigs blowing up that sort of thing. So anything out in rural America where you would have the need for critical
infrastructure

Tom Temin: Tell us a little bit more about the wireless association and the types of companies that are members, because I don’t think everyone’s all that familiar with it.

Tom Temin: Carri Bennet is general counsel of the Rural Wireless Association. Thanks so much for joining me. 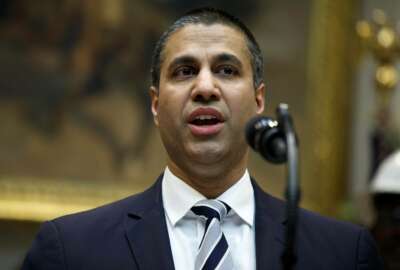 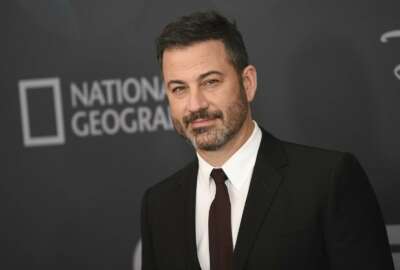 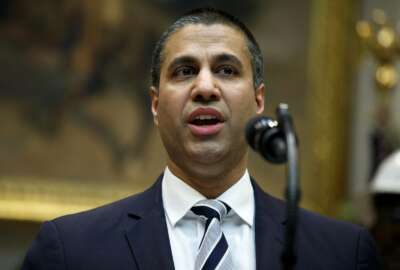