The departments of Justice, Defense and Homeland Security, and the Federal Communications Commission don’t have the statutory or regulatory authority, or the resources to hold Chinese telecommunications companies accountable and ensure they are not hijacking American data.

The three agencies created an ad hoc interagency group called Team Telecom in the mid-2000s, but it lacked the power for much of the past two decades to be successful.

This is one of the major findings of...

The departments of Justice, Defense and Homeland Security, and the Federal Communications Commission don’t have the statutory or regulatory authority, or the resources to hold Chinese telecommunications companies accountable and ensure they are not hijacking American data.

The three agencies created an ad hoc interagency group called Team Telecom in the mid-2000s, but it lacked the power for much of the past two decades to be successful.

This is one of the major findings of a new report by the Senate Homeland Security and Governmental Affairs Permanent Subcommittee on Investigations.

The report says Team Telecom’s “review of foreign carriers’ applications was ad hoc, leading to delays and uncertainty. Throughout its existence, Team Telecom operated under no formal legislative or regulatory authority. Instead, it reviewed foreign carriers’ applications at the request of and under the powers of the FCC. The lack of statutory authority resulted in a disorganized, haphazard, and lengthy review process that has been heavily criticized and referred to as an ‘inextricable black hole.’ Team Telecom had no deadlines by which it needed to make recommendations to the FCC, meaning the review of an application could—and often did—last years.”

The bi-partisan report, which came from a year-long investigation, says the dangers of the Chinese government stealing political and intellectual property through state-owned companies–China Mobile, China Telecom and China Unicom–requires Congress and the administration to bolster the interagency group.

“We look forward to reviewing the contribution of these Senators and committee staff to this important national security work,” said a FCC spokesman in a statement.

A subcommittee staff member said lawmakers want to give Team Telecom more resources and authorities to fulfill its duties. The staff member didn’t say what that exactly means in terms of how much funding or how much authority.

President Donald Trump also gave the interagency group more authority and expanded its membership with an April executive order that created the Committee for the Assessment of Foreign Participation in the United States Telecommunications Services Sector.

The order stated, “[T]he primary objective of which shall be to assist the FCC in its public interest review of national security and law enforcement concerns that may be raised by foreign participation in the United States telecommunications services sector.”

FCC Chairman Ajit Pai said in April that with the White House’s executive order in place, “the FCC will move forward to conclude our own pending rulemaking on reform of the foreign ownership review process.”

Emails to DHS and Justice seeking comment on the report were not returned.

The subcommittee staff member praised the executive order and the FCC’s actions a few weeks later in issuing a show cause order to terminate China Telecom Corp.’s authorizations to provide international telecommunications services to and from the United States. But pointed out this was the first time the FCC used this authority in two decades despite ongoing concerns about China Telecom’s threat to national security.

“The entities could potentially hijack U.S. companies and individuals’ communications overseas, and there is an aspect to risk to the federal government agencies too,” the staff member said in a briefing with the media. “There are public allegations that Chinese telecommunications companies hijacked and rerouted federal government communications, and we heard from carriers similar concerns. Once the data leaves the U.S. shores, carriers need to be transparent with agencies about who they are partnering with and what relationships they have.”

No formal procedures or leadership

The subcommittee undertook the review as part of an ongoing effort to analyze China’s influence and potential threat to multiple U.S. sectors including education, cybersecurity and research and development.

A subcommittee staff member said under Section 214 of the Communications Act of 1934, the FCC has the responsibility to authorize foreign carriers to work in the U.S. based on several factors including foreign policy, trade and national security.

The staff member said the FCC didn’t have the expertise to make these determinations on their own and turned to Justice and DHS for help.

But under Section 214, FCC policy and the ad hoc nature of Team Telecom, there was nothing that required a periodic reassessment of the decision even as technology and policies changed over time.

“The lack of statutory authority led to a lack of oversight of the carriers,” the staff member said. “There was not an interagency process until 2010 to monitor foreign carrier agreement compliance. And until this past year, DHS, DoD and DoJ had three individuals responsible for the entire portfolio of reviewing applications and monitoring compliance. But these three people also had other responsibilities outside of Team Telecom.”

The subcommittee’s top recommendation is for the FCC and Team Telecom to decide whether these three Chinese telecommunications providers should continue to have authorizations to provide services in the U.S.

“This bipartisan report demonstrates that federal agencies have done little to protect the integrity of U.S. telecommunications networks and counter national security threats from China,” said Sen. Rob Portman, R-Ohio, chairman of the subcommittee, in a statement. “The Chinese Communist Party uses its state-owned enterprises to further its cyber and economic espionage efforts against the United States, and they’ve been exploiting our telecommunications networks for nearly two decades while the federal government historically put in little effort to stop it.  In recent months, and in response to this investigation, the federal government has begun to do more, including an important Executive Order by the President to ensure foreign-owned carriers are properly monitored and reviewed.  I am encouraged by these efforts, and I look forward to working with Sen. [Tom] Carper, D-Del., on legislation to ensure federal agencies have the oversight and enforcement tools necessary to protect our telecommunications networks going forward.” 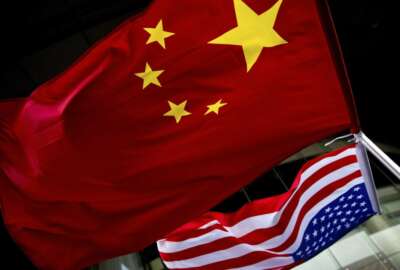 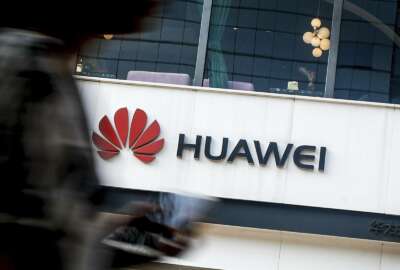