Tom Temin: Sal, good to have you back.

Sal D’Itri: Tom, thanks for having me. Good to be with you again and here in the new year. It’s great to kick off by talking about 5G.

Tom Temin: All right, first of all, where in the Pentagon pantheon did this deal originate? Who are you doing the work for?

Sal D’Itri: So the agreement is being managed by the U.S. Army, but the customer for this is the undersecretary of Defense for Research and Engineering. So, this is a large initiative to really bring US innovation to the forefront here in spectrum 5G and some other technologies we’ll get into.

Tom Temin: Alright, so yeah, let’s talk about 5G first, because the Pentagon, the military establishment talks about that quite often. What will you do for them with respect to all of the spectrum?

Sal D’Itri: Well, I like to think of DoD, in particular, as the largest enterprise, as really the first enterprise in many cases and is the case here in 5G. What we’re doing, which is a little different than when you and I go out and buy a cell phone and we see 5G light up on it and we’re using some apps, is really developing enterprise applications that are now enabled by 5G technology. So we’re talking more capacity, more flexibility, ultra low reliability metrics, really reliable systems, things like [internet of things] for example, augmented reality, things of that nature for training that are now enabled in the private enterprise through the use of 5G.

Tom Temin: And does the military have its own dedicated spectrum that can carry 5G or how does that all work?

Sal D’Itri: So that’s a great question and it’s something that is a very hot topic right now in this town, both for commercial access to spectrum, as well as military access to spectrum. And for those who don’t know, wireless spectrum is sort of the oil of our generation. These 5G networks, IoT networks depend on spectrum allocations and access to spectrum, both here in the United States and in the battlefield when they need it and as needed to drive the application. So spectrum is absolutely critical to 5G. What has emerged, since you and I last chatted, is that there are now opportunities to leverage shared spectrum. Spectrum that is military DoD spectrum, but it can be used by commercial systems such as 5G. It’s also an opportunity for DoD to share spectrum with itself, which provides greater capacity and flexibility in the spectrum that they already have.

Tom Temin: And if they’re developing applications for training, or for whatever, I guess there’s a million things that would travel wirelessly for the DoD possibilities. What does 5G bring to this that they can’t do on 4G?

Sal D’Itri: So 5G, for one thing is more than simply just another network. It’s really a coming together of a number of technologies. So, what 5G does differently than let’s say 4G, is 5G is now moving a lot of the smarts and wireless networks into cloud computing. So, you’ve got massive scalability, things like augmented reality, but also things like machine learning, artificial intelligence that can make better use of these networks and start tailoring the network to the application’s need, as opposed to just downloading some apps and having them right over top of standard network. And that’s really the opportunity here is to have the network now be mission-purpose and application-driven by having flexible spectrum and then having all the flexibility to tune the network you have in 5G that you didn’t have in 4G before.

Tom Temin: We are speaking with Sal D’Itri, chairman of the National Spectrum Consortium. And since you are coming back after a bit of a absence on the airwaves here on old fashioned amplitude modulation airwaves and online, probably a good idea to just basically describe the consortium. You are a “.org,” it’s a nonprofit with many, many component companies and organizations. Just give us the quick background there.

Sal D’Itri: Yeah, so the National Spectrum Consortium, is nearly 400 companies who work under the OTA and principally these are Silicon Valley startups. They’re academia, the traditional DoD base, big commercial companies who come together for development of dual use applications and in this case, it’s 5G spectrum and then some of the other technologies I talked about. It’s really what I think is needed right now in this country to jumpstart job growth. Is bringing together the commercial industry along with the Department of Defense around the technology like 5G and see how we can fuel innovation but also job growth nationwide.

Tom Temin: So the consortium, per se, won’t develop anything but the component member companies and organizations will do the work. How does a requirement from the Pentagon get translated into who does the work on the consortium?

Sal D’Itri: That’s a great question, Tom. What’s really unique about the National Spectrum Consortium, is the collaborative nature of how we work hand in hand with the government to understand their needs and then create these used cases. So long before an RFP would ever come out, we have collaboration events where we’re submitting just unattributed white papers, thought leadership ideas that help DoD. They bring their ideas to the table, we get together, talk about them for several days and from that, you’ll see RFPs come out several months later. And that’s really the collaborative nature which is so key to the entire structure of working through the OTA. So we have, since you and I last chatted, we have seen a number of RFPs issued around four major bases and those are under award now. And they’re going to build out 5G test beds at those sites, as well as applications that will then right on top of 5G, and those sites are Joint Base Lewis-McChord, Marine Corps [Logistics] Base Albany, Naval [Medical] Center San Diego and as well out at Hill Air Force Base in Utah.

Tom Temin: All right, so they will have requirements and then somehow the work gets channeled to consortium members that have already made proposals in those general areas?

Sal D’Itri: No, it’s an open competition. So an RFP comes out, you do have an opportunity to meet with the stakeholders quite often, even up until the day that proposals do which is lately different than a far based contract.

Sal D’Itri: And very refreshing. But it is competitively sourced among consortium members and their partners, and from there an RFP or there’s multiple winners are made and then the work begins.

Tom Temin: So in a sense, the consortium, functionally, is like a multiple award contract, under which task orders come through the consortium to the different members?

Sal D’Itri: Well, it’s interesting in that through the OTA the members actually can help collaborate and help shape that early on, and then the RFP does come out to the members and the members and their partners bid on it, so you are correct that the members bid on these things and then they are awarded, but it is competitively sourced among members. The key thing for us is that, as long as you can meet the guidelines of membership, that you can protect [International Traffic In Arms Regulations] and things of that nature, membership dues are only $500. So it’s an inclusive group, as opposed to trying to be exclusive. And folks are joining all the time, so it’s very open and collaborative in that nature.

Tom Temin: Yeah, it’s not a trade association in that sense.

Sal D’Itri: No, not at all. No. We collaborate through what are called the articles of collaboration. When folks join the consortium, it truly is a consortium and then they agreed to collaborate in a certain way and then they’re free to bid on these things, or the RFP requirements.

Tom Temin: And I guess this is implied in the type of work that you will be doing, the consortium will be doing and its members will be doing, but given the fact that this is an OTA, and the fact that some of these are startup companies, this looks like another avenue for the Pentagon to get that innovation that it’s been trying to get through a number of different ways, the [Defense Innovation Unit] and so on. This seems like a new channel toward that innovation it seeks.

Sal D’Itri: That’s right and I happen to work for what is called a nontraditional company. We’re a startup in some sense, we’ve raised about $150 million. We’re not small anymore, but –

Tom Temin: Although in today’s start – today’s fundraising, that’s not all that big anymore.

Sal D’Itri: Ha ha ha, that’s right – without the OTA and the sort of commercial-like terms and expectations, I don’t think our company would be involved. You know, I can speak for many of the folks who come from the startup world, it’s very refreshing to see the timescales and also the commercial terms and relationships you can have through the OTA that would be quite different through a FAR-based contract.

Tom Temin: And is this whole setup operational at this point here in early 2021?

Sal D’Itri: Yes, absolutely. The consortium has been around for several years now. This new OTA spectrum forward, the 2.5 billion, is signed and underway. We’ve actually had, just right before the end of the year, we had our first industry day, and then we’re expecting some RFPs here in January and February to kick it off.

Tom Temin: Sal D’Itri is chairman of the National Spectrum Consortium. Thanks so much.

Sal D’Itri: Tom, thanks for having me again.

Tom Temin: We’ll post this interview along with a link to more information at FederalNewsNetwork.com/federaldrive. Hear the Federal Drive on demand and on your device. Subscribe at PodcastOne or wherever you get your shows. 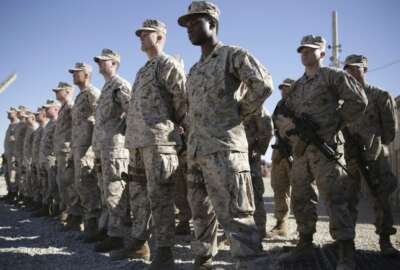 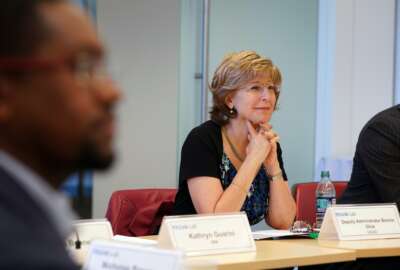 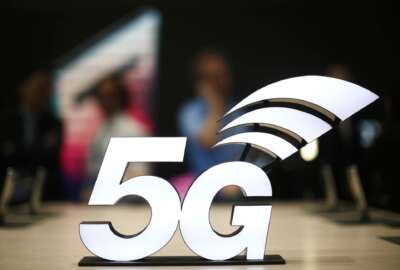