The Advanced Research Projects Agency – Energy, known as ARPA-E, has just awarded some $47 million to seven companies doing innovative work in energy. The money comes under a program ARPA-E calls Scale Up, to help promising new technologies get off the ground. With more, ARPA-E Director Lane Genatowski joined Federal Drive with Tom Temin.

The Advanced Research Projects Agency – Energy, known as ARPA-E, has just awarded some $47 million to seven companies doing innovative work in energy. The money comes under a program ARPA-E calls Scale Up, to help promising new technologies get off the ground. With more, ARPA-E Director Lane Genatowski joined Federal Drive with Tom Temin.

Tom Temin: Mr. Genatowski, good to have you on.

Lane Genatowski: Tom, thank you very much for inviting me.

Tom Temin: Tell us about Scale Up writ large. What is this program? And it sounds like you’ve got several rounds of funding going under Scale Up.

Lane Genatowski: We do. Normally, ARPA funds three to four year projects with about $3 million each on average, and it’s to prove a concept. Scale Up tries to follow on the second part of our statute, which is to take those concepts which we have proven for energy efficiency reasons or anti pollution reasons and basically turn them into things that you can see and scale up into pilot manufacturing or real manufacturing. And I like to say, take things from the lab to the loading dock and give our taxpayers items that they can actually buy and use in the environment.

Tom Temin: And the companies under this latest round, these 7 companies that got a total of $47 million — they’re not all necessarily in solar and wind. Is that fair to say?

Lane Genatowski: That is definitely fair to say. The heaviest group, I guess, would be the battery companies and battery companies that would deal with batteries for computer farms, server farms, and batteries for electric vehicles. Most of the original investments were made between 5 and 10 years ago in the early half of ARPA’s existence, and they’ve now matured to the point where they can actually go out and work with finding manufacturers that will help them put a production run together and investors that will co-invest with us to get them going and stand them up on their own two feet.

Tom Temin: And what is the decision process and who’s involved at ARPA-E to decide these companies look promising, let’s put some money there?

Lane Genatowski: Well, we put out a request for proposals, in essence, and we thought we’d get a couple of hundred million. And we got requests for over a billion too. So it was very popular with people seeking funding. And as you know, the transition investments now to batteries or low carbon, etc, is gaining in popularity in the mainstream. So a lot of these projects are now very popular. And two of them deal with methane abatement, the discovery of methane leaks from let’s say, gas pipelines, or gas processing facilities, and methane is about 25 or 27 times as toxic as CO2 in the atmosphere. A lot of them deal with batteries and they just feel like the demand for it is really there in the ultimate markets so they’re trying to get in and get themselves up and running so they can show that, with another little step, they can get to manufacturing and a full factory and put the product on the market.

Tom Temin: And by the way, as a former investment banker, I think this came up at your hearings for confirmation that you have experienced picking companies for other purposes as investments. I guess in some ways that’s related to what ARPA-E does. Were you involved in any of these?

Tom Temin: And one of them that caught my eye was called LongPath Technologies of Boulder, Colorado, Basin-SCAN: Basin-Scale Continuous Oil and Gas Emissions Mitigation Network, that sounds like a strange acronym. What’s that particular project?

Lane Genatowski: Well, LongPath is a project that goes out and pinpoints over the course of a line of sight in a basin. It pinpoints where methane is leaking from, in essence, connections on pipes. And we did that one along with an earlier one called Bridger Technologies. And Bridger goes after methane from an airplane, they attach their sensor to an airplane. So we did the both of them as complimentary so that we could end up with two projects that would be fairly thorough in locating any methane leak within a particular area. Or the airplane could fly along a pipeline coordinates and see where along a pipeline methane was leaking, and then get the GPS coordinates and dispatch crews to fix it.

Tom Temin: And now that these companies have this funding, what are they obligated to do next?

Lane Genatowski: Well, they’re obligated to produce an item, if you will. Let’s make it simple the LongPath Technologies, they’ve done kind of a one off or a two off machine to scan a basin and find out where the methane leaks are, well we’re going to basically fund them and they’re working with partners to basically build it in a factory and build a factory to build it. So we don’t want one or two, we may need 20 or 50, or 100. And we’ll scan things, or they’ll scan things in their private business, they may lease the technology machinery out to drillers, drilling companies, they may license the technology to drilling companies, or they may do it themselves, to basically cover as many basins as they can, and try to eliminate as much methane leakage into the atmosphere as they can.

Tom Temin: Alright. And we could go on and on about details of these fascinating projects. But I wanted to back out a minute and ask you as you prepare to depart the agency that you have headed for two years — what’s your sense of where energy is going in the United States? And are you optimistic about where we’re headed energetically?

Lane Genatowski: I’m extremely optimistic about where we’re headed energetically. I think that two things are happening. One, there’s a lot more focus on carbon reduction and elimination and treatment in the generation of our electricity. Two, there’s a great advance in technology for carbon detection, or methane detection or efficiency of use of existing plants as you would get from dispatch, more efficient dispatch of the generating we already have. So I think the carbon emissions will go down on a relative basis and things will get healthier, which is part of our mandate. And I think that you can see from the activity, particularly this year, which was a tough year for investments, and a tough year with COVID, that you’re finding more carbon reduction investments, rather than fewer. And people are trying to go from the trying to change their carbon weighting for heavier carbon, if you had old portfolio generating assets, to less carbon. They’re going carbon transition, if you will, to the lighter side of the carbon mix. And I think that’s only going to accelerate as technology continues to improve, and the money dedicated to the improvement of that technology continues to go up.

Tom Temin: And let me ask you this as someone who is not essentially a government native, wasn’t born and raised in federal service — would you recommend me to other executives to try a stint in the federal government?

Lane Genatowski: That’s an easy question to answer. It’s the best job I’ve ever had. I’ve been a manager of people and money since I’ve been 30, and I’m way over 30. I think it’ll pull every piece of energy and talent that you have and call it to the forefront. It’s a great job. The colleagues are great, and you do good work. So you can’t get a better job.

Tom Temin: Lane Genatowski is director of the Advanced Research Projects Agency – Energy. Thanks so much for joining me.

Lane Genatowski: Tom, you’re welcome. Thanks for having me. 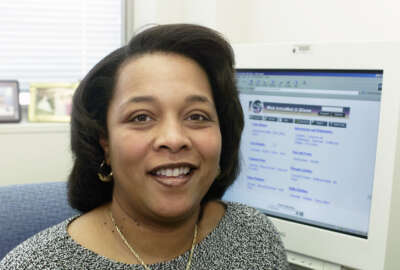 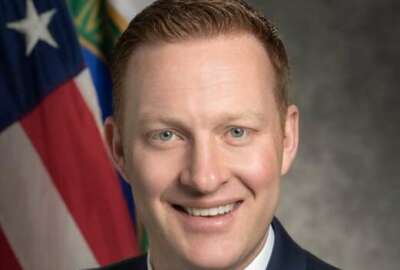 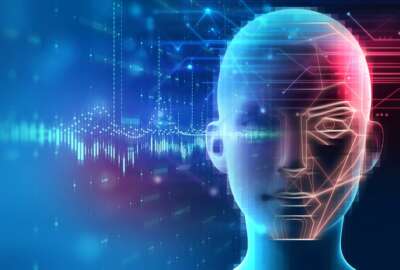 Seeing old faces on your way out of the country