A gaggle of agencies seeks development of sustainable airplane fuel

One of the top goals of the climate crowd is development of a new jet fuel. Now a group of federal department and agencies has launched a public challenge to develop such a fuel and the infrastructure to support it. It’s called the Sustainable Aviation Fuel Grand Challenge. The Federal Drive with Tom Temin talked about all this...

One of the top goals of the climate crowd is development of a new jet fuel. Now a group of federal department and agencies has launched a public challenge to develop such a fuel and the infrastructure to support it. It’s called the Sustainable Aviation Fuel Grand Challenge. The Federal Drive with Tom Temin talked about all this with Zia Haq, Energy Department chemical engineer.

Tom Temin: First of all, tell us what are the goals? What are you trying to develop? Eventually? I guess this would be industry would do the work? What is it we’re seeking here?

Zia Haq: So we are seeking very low carbon intensity, sustainable aviation fuels, and we’re seeking large volumes. So our goals are twofold. The first goal is 3 billion gallons per year of sustainable aviation fuels production by 2030. And the second goal is 35 billion gallons per year of staff production by 2050. So these are very ambitious goals. And the federal government will not do it alone, we have to do it in partnership in collaboration with our industry partners.

Tom Temin: Now, jets use basically kerosene right now. Correct. So this would be a synthetic way of making kerosene without using fossil fuels is that essentially what the challenge is?

Zia Haq: Essentially, what it is with the caveat that on a lifecycle basis, the carbon emissions have to be lower than fossil fuels. And we are exploring pathways that will allow us to achieve anywhere on the order of 50% to 80%, lower greenhouse gas emissions on a lifecycle basis for these fuels.

Tom Temin: So that means when you say lifecycle basis, both the production of it and the burning of it in the engines of the planes?

Tom Temin: And this is not a brand new problem. People have looked at algae and all these different things. And I know the Air Force is vitally interested in this because of its I think it’s the biggest fuel consumer of jet fuel anywhere more than the airlines and so on. What is the state of the art at this point, now? What is the technical challenge?

Zia Haq: Yeah, the technical challenge is that we have a number of different pathways that allow us to produce these fuels at a pilot and a lab scale, the technical challenge is really to scale these up, we need to get to commercial scale production of these fuels. And we have seven pathways that are already approved by ASTM for blending at up to a 50% blend level for SAF with conventional jet fuels. So those fields, those seven approved pathways have gone through the rigorous process of ASTM approval and have been certified to be identical, essentially, from an operational point of view with conventional jet fuels. So the technical challenge really is scale up and really reducing the cost of production. That’s what we are working on at our national labs. We have a variety of different pathways. You mentioned algae, but we’re also working on biomass waste materials, wet wastes, industrial waste, gases, and even CO2. So directly taking CO2 and making fuel from that, and then using that in jet fuels. And so we’re working on reducing the cost, we need to make it cost competitive, it’s currently a much more expensive than conventional jet. But that’s what we’re working on.

Tom Temin: We’re speaking with Zia Haq. He is a chemical engineer in the Bioenergy Technologies Office at the Energy Department. So lots of sub challenges here in this whole Grand Challenge. What are the other agencies working with you? There’s a big formal group, correct that is launching this challenge.

Zia Haq: Correct. We have very excellent collaboration with our colleagues at the U.S. Department of Agriculture. And with the Federal Aviation Administration. The three agencies are really the co-leads of this afghan challenge roadmap. So we’re working very closely with them. As you know, all of these agencies bring unique expertise to the table. So USDA brings the feedstock expertise. FAA brings the end use and certification and qualification expertise, DOE brings the conversion technology expertise. So together, we have a multi agency effort at trying to reduce the carbon intensity of aviation. And that’s what is really needed, this is not a challenge that any one agency can solve. And so we really feel that the multi-agency approach is what’s needed to solve this critical problem.

Tom Temin: And what is the nature of the challenge? That is to say, are you looking for ideas, and then people get seed money to develop the idea, that traditional way of step by step and challenges? How does that all work?

Zia Haq: At DOE, we have a grant program, which is administered by my office, the Bioenergy Technologies Office, which is based on annual appropriations. And so based on what budget we get from Congress, we allocate grants that are cost shared. And so they require a 50% or 20% cost share or something like that, depending on the scale. And we look at scaling up technologies from the pilot to the demonstration, and you know, scales and even the band scales. So that’s how we work in my office to Bioenergy Technologies Office, we also have sister office in DOE called the Loan Program Office, LPO, that does loans. So basically, you know, federal guarantees of loans. And so they are looking at much larger projects at commercial scale projects. And they would underwrite a loan of that project for financing purposes. So we have a variety of different ways that we’re approaching this from the very low TRL, which is the basic science research that is, you know, more or less funded at national laboratories and universities, to the pre-commercial scale, I would say pre commercial scale. And that’s where we end because we would hope that the industry and the stakeholders and the private sector would take the ball from there, and actually build commercial scale facilities and replicate them across the country. Indeed, that is exactly what’s happening. There are a number of companies out there such as Lanzatech, and Fulcrum, and Givo, and so forth, that are working to develop these technologies, sometimes using funds from us, sometimes from USDA, sometimes from our loan guarantee offices.

Tom Temin: And is there also interest, say, from the airplane operators, airlines, and so forth, and the traditional suppliers of fuel to them?

Zia Haq: Very much, there’s a huge demand for sustainable aviation fuels, they are eager to collaborate with us on reducing the carbon footprint of aviation. And they view this as a global problem, not just a U.S. problem, but a global problem. They fly all over the world. And so they see that other countries are also interested. And the aviation carbon footprint is going to be increasing over time as more and more people want to fly. And as there’s an increase in passenger demand for aviation. And the other aspect of this problem is that it’s very difficult to reduce the carbon intensity of aviation with battery or electrification technologies, at least currently, the way the technology stands right now, the battery energy density is just simply not high enough to allow commercial aircraft to fly using batteries.

Tom Temin: No way you’re 300 People from London to Sydney on a battery operated plane.

Zia Haq: Exactly, exactly. Yes, that would be very difficult. And some people are looking at hydrogen; that’s even further away. So the aviation industry recognizes that they have a huge problem on their hands. They’ve got to decarbonize, but they have very limited options. And so a high energy density, liquid fuel that is lower in carbon intensity than fossil fuels is really what’s needed. And that’s what we’re working on.

Tom Temin: And what are the timelines here?

Zia Haq: So the timelines are, as I mentioned, the goals are 3 billion by 2030. And then by 2050, 35 billion, which would essentially be all of the aviation needs by 2050. The timelines are very aggressive. We recognize that it’s a very ambitious challenge. But you know, I think that the aviation industry is used to dealing with ambitious challenges, and coming up with solutions. And we put our mind to it and our expertise of our national labs and our researchers. I’m sure that we can do that. It will take time. There’s no question about that. We have to be patient about the build out and eventual dissemination of these technologies, but I think we have to get started on it. 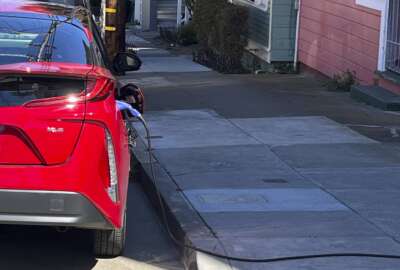 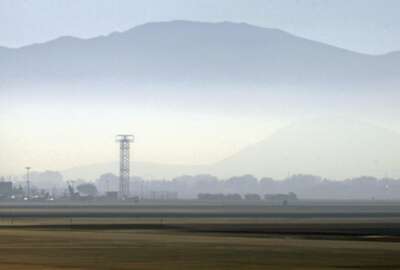 Airports in the US West dealing with shortage of jet fuel 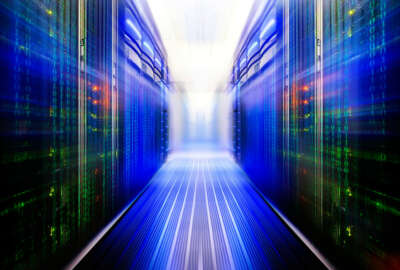