You know the political season is getting strange when an editorial in the New York Times, of all place, has a headline that starts with these words: “Donald Trump is right about … ” It was a reference to the highly political statements by Supreme Court Justice Ruth Bader Ginsburg — to the New York Times itself. The justice threw herself into the politics mosh pit, the editorial writers commented.

The Supreme Court might have traditions and expectations of probity. But it doesn’t have the Hatch Act, the law preventing career civil servants in the executive branch from engaging in many forms of political activity.  It’s an old law, dating to the days of the Franklin Roosevelt administration. Concern over mixing politics and federal work is nearly as old as the Republic itself.

You can join a party, distribute campaign literature in your neighborhood, and express opinions in certain ways. You can’t host a political fundraiser, engage in political activity while on the job, or display buttons or bumper stickers. In general, no “pernicious political activities,” to use a phrase from the original title of the act.

This Office of Special Council guide provides a handy list of “mays” and “may nots.”

Every year a few dingbats forget the rules and solicit donations using their federal computer or their official social media account. Luckily the penalties have become more nuanced so you don’t lose your job both for forgetting to toss the campaign pin in the back seat when you get to work or for staging a loud campaign rally on L’Enfant Plaza on a Tuesday morning.

Top political appointees aren’t exempt. A few years ago then-HHS Secretary Kathleen Sebelius got into hot water for endorsing a candidate during a speech as Secretary.

Everything is way more sensitive now than even a few years ago. We’ve become a nation of people highly skilled at finding reasons to be outraged, insulted, victimized and assaulted. By the same token, office behaviors that really are outrageous, insulting, victimizing or assaulting have nearly disappeared. Nearly, but not completely. E-mail especially later joined by social media have created new and rich avenues for idiotic behavior.

Beyond the bright lines of the Hatch Act, politicking at the office is bad form. Everybody hates the opinions and motivations of those jerks on the other side. Just read the comments to this Washington Post essay about what the proverbial “some say” about Ginsburg’s comments. If you don’t think we’re a polarized society, these comments will disabuse you of that notion.

Presidential campaigns do seem to get more wearying each time around. Maybe it’s because they start sometime before inauguration day following the one we just voted on. For me, the weariness comes from being asked for the umpteenth time, “Are you really going to vote for  ___________? I mean, really??” So think of the Hatch Act not as a restriction but as making office time something of a relief.

The millennials in the attic 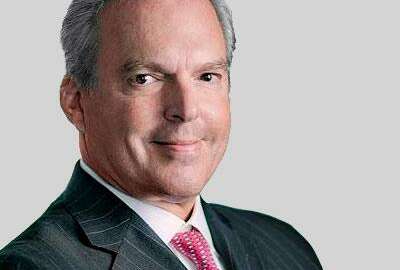 Effective containment: The many faces of insider threats