The idea of government catching up with efficient technology and offering commercial-grade service never goes out of style. In fact, Office of Management and Budget Deputy Director Margaret Weichert said as much at the Kansas City “town hall.” The National Performance Review contained hundreds of recommendations.  It ran a couple of thousand pages. One enduring outcome was a permanent reduction in the federal workforce. While more grandiose than a president’s management agenda, the NPR did set forth some of the thinking that persists.

But Weichert also said the Trump version will emphasize “get her done,” action. It’s only 52 pages. Relative to the NPR, that’s progress.

For IT modernization, the government has a mechanism it’s never had before. The Modernizing Government Technology act revolving funds are specifically for update projects. Agencies and contractors are waiting for Congress to fund them.

Both the NPR and the latest document single out the Agriculture Department for needing improvement in how it serves farmers. In 1993, though, USDA had zero web sites. Now it must mobile-enable the sites it has and enable transactions on them.

Aside from whatever other designs the administration has on the federal workforce, there’s this: “It is important to appropriately compensate personnel based on mission needs and labor market dynamics.”

The PMA adds that “the existing compensation system fails in this regard.”

The administration pledges to work with Congress to “overhaul the statutory and regulatory rules that have, over time, created an incomprehensible and unmanageable civil service system.” That’s the heaviest lift in the whole document. It implies much more even than the proposal for a billion dollar pool to give pay incentives for high performers. It would “replace the across-the-board raise that increases Federal employee pay irrespective of performance.” It means getting everyone to agree on a system to make a civil service career attractive while maintaining agency agility.

Ms. Weichert’s modest claim notwithstanding, getting that done would amount to a civil service revolution.

So would establishing a workable system for security clearances, cross-agency priority goal #13. Right now the government is drooling on its NBIB.

Other matters in the PMA do sound a bit like old wine in a new bottle. Improving customer service, dissolving “silos” in government, boosting shared services, better spending transparency — those are just-do-it-already matters. You can throw in erasing outdated regulations and improving procurement.

In truth, each administration has its successes and its failures. The government does look and act differently than it did in 1993. In some instances better. True, the IRS still operates software systems programmed in assembler in the 1960s. But most Americans file their taxes online. True, procurement is still largely an agency-by-agency function. But you no longer have contractors building government-specific PCs under indefinite-delivery/indefinite-quantity contracts that take four years to negotiate.

The publication of an administration’s first comprehensive management agenda also helps a bureaucracy buffeted by politics to focus on where it can make a difference. Earlier this week former OMB controller Dave Mader commented on my show he felt the PMA portends future successes. Let’s hope he’s right. 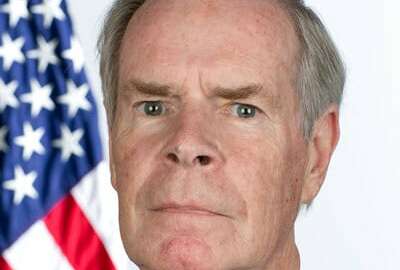