PHILADELPHIA — I’m walking the damp, dark streets of Philly. I duck into a dripping alley and enter a dimly-lit, crowded bar. Tiki is the first stop on a four-bar pub crawl I’m doing with friends and colleagues. Beer is flowing, bar food abundant.

A reunion? A guys’ night out?

Why, no. It’s the 28th annual Executive Leadership Conference put on by the American Council for Technology and Industry Advisory Council (ACT-IAC). Instead of yet...

PHILADELPHIA — I’m walking the damp, dark streets of Philly. I duck into a dripping alley and enter a dimly-lit, crowded bar. Tiki is the first stop on a four-bar pub crawl I’m doing with friends and colleagues. Beer is flowing, bar food abundant.

A reunion? A guys’ night out?

Why, no. It’s the 28th annual Executive Leadership Conference put on by the American Council for Technology and Industry Advisory Council (ACT-IAC). Instead of yet another ballroom banquet featured in countless conference (with the cheesecake slice already in place, north of your dinner plate when you sit down), the planners of this year’s ELC opted for a sponsored bar crawl. They’ve dubbed it the Tech Crawl, made to order for networking if you can shout over the din.

I comment only because this year’s ELC is extraordinarily different from its predecessors. Its planners justifiably consider it the premier federal information technology event in the galaxy of large and small events that crowd the annual fiscal year calendar. It draws both the federal and Defense Department chief information officers. Some thousand people attend, two-thirds of them industry, the rest government.

Just as technology has leaped ahead, technology conferences bear scant resemblances to their former selves.

I attended the very first ELC. I’d just started my job as editor in chief of Government Computer News, then a fat, biweekly tabloid stuffed with ads for PCs, terminals, spreadsheet and database programs, floppy disk drives, modems, CRT monitors and the like. IAC was a brand new organization, a group of IT contractors who wanted to foster better communications with federal agency customers. ACT came along much later. In those days, the IT scene was dominated by mainframe computing. One typical government interest group was called FADPUG, which stood for Federal ADP Users Group.

The technology questions dominating those days included how to deal with the personal computer in the workplace. Whether all federal PCs should be networked on a LAN, and what that would mean. Whether telecommunications contracts would get voice calls down to 5 cents a minute. Should every employee have email. The World Wide Web was still years in the future. Agencies bought shrink wrapped boxes containing software disks and manuals by the millions. You get the idea.

The ELC was attended by about 200 people. Sessions were standard fare, with panelists talking at skirted tables.

ELC evolved. After a couple of years in the Charlottesville Omni, it moved to the Hilton in downtown Richmond, Virginia. Or maybe it was the Marriott. Whichever, it was a tired hotel across the street from long-vacant hulks of department stores and warehouses. It nevertheless accommodated the growing conference for a few years.

Next came Hershey, Pennsylvania. For a while Hershey was a favorite of several federal conferences. A few years later ELC moved to Williamsburg, Virginia. The main hotel couldn’t accommodate everyone, so lots of people were housed grumbling in a dated low-rise motel — lacking a bar or any other accommodations —  at the other end of the historic district. It looked close on the map but seemed impossible to walk to and from. One year I ended up in one of those little tiny houses along the commons in Williamsburg.

The conference kept up with changing technology and policies from the Clinton, Bush, and Obama administrations. This year ELC moved to Philadelphia. With the change in venue came a revolutionary new format. Multiple tracks and sub-events take place in one giant, rather noisy room in the Philadelphia convention center. Panel discussion are much less formal than before. There are brainstorming sessions on federal IT challenges complete with multi-colored Post-It notes and “affinity clustering.”

The whole thing is a day longer this year. It used to end Tuesday at noon, now it’s Wednesday.

And there’s that pub crawl in Monday night instead of a standard banquet.

ELC even had a touch of Hollywood this year. IBM’s Dan Chenok, a former White House career staff member, interviewed the still-sprightly actor Keir Dullea. He played astronaut David Bowman in 2001: A Space Odyssey. The 50-year-old classic movie imagined artificial intelligence in the form of the malevolent HAL computer.

ACT-IAC, though it has come to embody a large staff, is a highly member-driven organization. Some contractors give certain employees almost full time dispensation to do organizational work with ACT-IAC, AFCEA, AFFIRM and the rest of them. So I applaud them for taking the plunge and — as the planners put it — re-imagined ELC. The new format isn’t flawless, but it’s interesting and way less stodgy than before. The topics are up-to-the-minute —customer experience, human centered design, the Trump administration management agenda, blockchain, artificial intelligence, multi-cloud security. Topics practically unheard of in 1991. 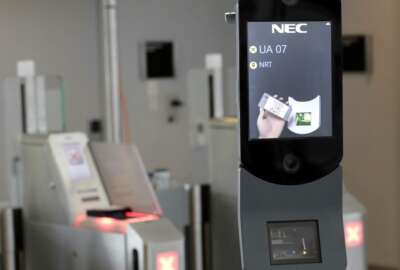 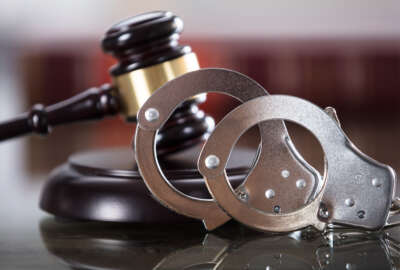 Thank a fed who risks his or her life 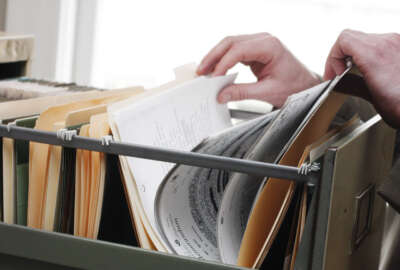 A window opens into the secretive Congressional Research Service