When a lazy slob takes a good steady job
And he smells from Vitalis and Barbasol,
Call it dumb, call it clever
Ah, but you can get odds forever
That the guy’s only doing it for some doll
The great Frank Loesser penned this particular work motivation — the desire for meaningful companionship — back in 1950, in the Broadway musical “Guys and Dolls.” Social norms have expanded. But you...

When a lazy slob takes a good steady job
And he smells from Vitalis and Barbasol,
Call it dumb, call it clever
Ah, but you can get odds forever
That the guy’s only doing it for some doll

The great Frank Loesser penned this particular work motivation — the desire for meaningful companionship — back in 1950, in the Broadway musical “Guys and Dolls.” Social norms have expanded. But you can still buy Barbasol and Vitalis, and the basic sentiment still holds.  Few guys or dolls are attracted to other guys or dolls who are lazy slobs.

I thought of these comical lyrics after reading a string of published reports on today’s world of work — specifically the rates of people quitting outright,  so-called quiet quitting, or simply quitting the rat rate. This Time article is typical.

From what I can glean from my literature survey, federal employees are not leaving in nearly the rates as people in other sectors, including state and local government. The source for many stories is this August report from the Partnership for Public Service. It shows the attrition rate for under-30 federal employees reached 8.5% in fiscal 2021. By contrast, it hit 16.7% for those over 60, indicating the totally normal phenomenon known as retirement.

And, in the two oldest age groups, the bulk of the attrition comes from retirements, not quitting.

So people aren’t quitting the government in droves. They’re not even departing at any rate as to cause concern about staffing levels.

I emphasize attrition because that includes firings and resignations. Every sector has these or even higher rates of attrition of young employees. People don’t work out. They decide their initial career isn’t for them. Less concerned with stability and security, people move around more when they’re young. They’re naturally restless and still in the seeking mode. That’s just life. I’d had three employers by the time I was 25. Four if you count a short post-college stint selling stereo components in a local store.

That doesn’t absolve federal managers from looking into why a particular relatively young individual leaves. You hired them because, presumably, you wanted them to thrive and succeed and help your organization. If they run out screaming in disgust, you want to know why. If they get a triple-the-money offer from industry, you need to know that, too, including what caused them to start looking.

Check the mirror. A March study by Pew Research reiterated what every good manager already knows. Namely, that people leave when they feel disrespected, not listened to, or trapped in a career rut. It’s not completely about pay.

As for quiet quitters? I’m skeptical this is really such a big phenomenon. People have always performed on a bell curve.

Motivations to work vary. Some people achieve sufficient wealth that they no longer have to work. Yet they continue because they find meaning in work or because they can do what they feel is important even if there’s no monetary compensation.

Most people work because that’s how they pay their way through life. If you like your work, then you’ll have a good work life. That’s true whether you work with your head or work with your hands. Maybe that’s why surgeons, archaeologists and mechanics seem to really like their work. 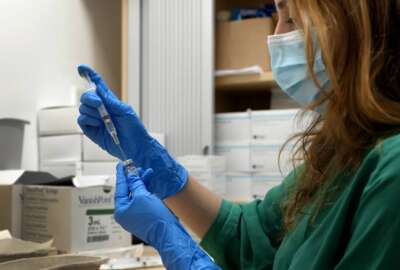