Some 650 pieces of federal land have the word squaw in their names. Nowadays that’s considered derogatory to women, and to indigenous women in particular. Now the Interior Department has called on a group called the Board on Geographic Names to change them. With how that all works, Federal Drive with Tom Temin’s Eric White spoke to...

Some 650 pieces of federal land have the word squaw in their names. Nowadays that’s considered derogatory to women, and to indigenous women in particular. Now the Interior Department has called on a group called the Board on Geographic Names to change them. With how that all works, Federal Drive with Tom Temin‘s Eric White spoke to the Senior Counselor to the Interior secretary, Liz Klein.

Liz Klein: This is an issue that has been of importance to Secretary Holland for a number of years. She originally introduced legislation when she was in Congress on this set of issues around the Board on Geographic Names, and the potential that we have a number of names in use around the country that include derogatory terms, including the word “squaw,” which is considered fairly offensive to lots of people, including tribes across the country. And so this has been something that folks have been interested in working on for a number of years. The Board on Geographic Names, probably for most of the American public, it’s a little known entity, a federal body that was created by statute to help standardize geographic names that are in use around the country. So when we were when there was westward expansion, and folks moving into places and starting to name some things — you know, rocks, hills, mountains, streams, those sorts of things —there was increasing recognition that we needed some sort of standardization around that to facilitate continued settlement, to help with mapmaking, to help with all sorts of things that the federal government certainly does. And so this body was created to help facilitate that standardization of name usage. And so all federal agencies essentially abide by the naming conventions that the Board on Geographic Names comes up with. The word squaw, in particular, was a word that the Board on Geographic Names has received a number of requests for change over the past many years. There are actually a number of states that have passed their own laws identifying that word as derogatory and prohibiting it from its state usage in geographic names. And so there was this increasing recognition that the word is a problem. It’s derogatory and should be removed. And so this is part of our effort to go ahead and make that change, and to do it based on the authorities that the secretary of the Interior has in the law that created the Board on Geographic Names.

Eric White: Well, I’ll just say I’m excited, because we love little known federal entities here at Federal News Network, so appreciate your categorizing it like that. So you created the Derogatory Geographic Names Task Force, and I imagine that’s within the Board on Geographic Names, but also with some other contributing members from different areas in the department? Can you tell me a little bit about what makes up that task force?

Liz Klein: Sure. So we’ve actually created, we’re creating two entities — a committee and a task force — and the order that addresses the word squaw in particular, and identifies that as a derogatory word that should be removed. That order also created the Derogatory Geographic Names Taskforce. It’s going to include representatives from the Department of Interior and our bureaus. So if you’re Bureau of Land Management, Fish Wildlife Services, Park Service and others, as well as agencies from other, from outside of the Department of Interior, including the Forest Service, for instance. So that will be an entity that makes sure we have identified all of the names under the Board on Geographic Names per view that include the word squaw, come up with a list of replacement names. You obviously don’t want to just delete a name; you want to have a replacement to use. So they will come up with a set of replacement name candidates, and they will put that list together of replacements and put it out for public comment. And then, you know, as the order identifies a number of steps that will be taken, we’ll receive that public feedback and then decide on the replacement names that will be used. There’s also a second committee that’s going to be formed. And this committee is focused on words beyond squaw. So we know that there are other derogatory geographic names currently in use. The Board on Geographic Names has. over the years, received requests to make changes for other derogatory words. And so this committee that will be formed, it’s a federal advisory committee that will be formed of outside experts, folks from tribal communities, from Native Hawaiian organizations, experts in civil rights race relations, cultural studies and the like, and members of the public to come together and review other derogatory words in use that should potentially receive similar treatment as squaw. So those are the two entities that we’ve created with this action.

Eric White: We’re speaking with Liz Klein. She’s the senior counselor to the Secretary at the Department of the Interior. So can you tell me a little bit about the process of what we’ll be going into the renaming of these lands? And I imagine, there’s probably a big list to review at least. So what kind of timeline are you all thinking we might actually start to see some, you know, some new signs being put up, or new labels on the maps?

Liz Klein: Sure, sure. So for the for the use of the word squad, we really wanted to make sure that we were addressing that as soon as possible and not delay. The Board on Geographic Names has, as I said, received a number of requests from places around the country to make changes, name changes, where that word is used. And just given the amount of work that they have to do and the resource challenges that they’re under, they, you know, they’re at that process of taking some time. So we said, we’re going to go ahead and do a wholesale change, take care of this all at once, so to speak. And that timeline, we expect to wrap up by the end of next year. So 2022. And then, you know, agencies that are responsible for the signs and the mapping that’s online, and that and the like will then go forward and implement those changes. The committee that’s addressing other derogatory Geographic Names, we are in the process right now of putting together that charter and taking input on who the potential members of that committee will be. We are on a timeline where we are hopeful to convene the first meeting of that committee in the first quarter of 2022. And so they will meet at that point and determine their process forward, which will certainly include getting input from the public on other derogatory names in use that should be considered for removal, and ensuring that they’re getting a wide variety of perspectives from across the country?

Eric White: Yes, specifically on the names, I’m just curious, how was the decision made that squaw particularly had to be taken out? Being in the D.C. area, I’m sure that you also may have seen the debacle that took place in the argument over the Washington Football Team. Some saying, oh no, it’s not really offensive, some saying, oh yes, it is offensive. How was the decision made that that particular return should be taken out, regardless of how any certain sector feels?

Liz Klein: Well, I think on any given name, or subjects like this, you’re likely to find some folks who believe that it’s fine, or that maybe the resources should be used to focus on something else. I think, around the word squaw in particular, overwhelming evidence suggests that it at its origins, are derogatory. It continues to be used in an offensive way. And tribal folks feel that way when they see that word. When you see that word particularly within our public lands and spaces, that is the type of word that’s used that’s not going to make people feel welcome. And I think Secretary Holland, and then this administration, feel very strongly about making sure that our public spaces, in particular, are places where people feel welcome. They feel themselves reflected there in a positive way. And so that was one of the reasons why this word in particular was chosen for treatment right now. I’d also say that it’s also a word of the requests for change the Board on Geographic Names receives. There’s just a, that’s the highest volume. There are more places that use that word than perhaps other potential derogatory names. So it’s something that we thought was important to address now and address expeditiously. You know, I just think, again, it’s really, from our perspective, we think this is a really important moment in time in our nation’s history where we need to acknowledge that names In places around the country are not welcoming names. They’re not names that we should continue to use if our goal is to make sure that everyone can go out to these public places and feel themselves reflected there feel welcome. They’re feeling like they are connected to those places and committed to ensuring that you know those those places are open and available to everybody. 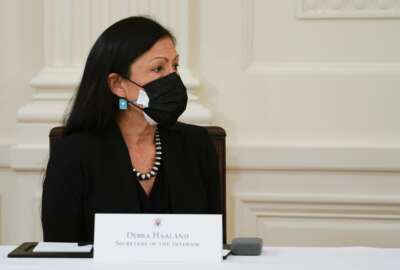 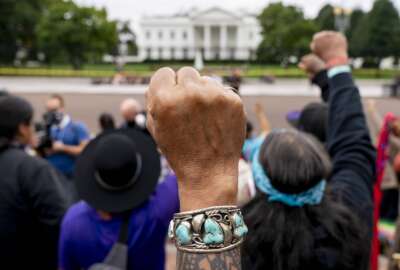