It’s tempting to want to do something with your retirement investments when the stock market tanks. But you don’t want to buy high and sell low. For a few reminders on the basics, the Federal Drive with Tom Temin spoke with ProFeds founder Chris Kowalik.

Interview transcript:
Tom Temin: Chris, good to have you on.

It’s tempting to want to do something with your retirement investments when the stock market tanks. But you don’t want to buy high and sell low. For a few reminders on the basics, the Federal Drive with Tom Temin spoke with ProFeds founder Chris Kowalik.

Tom Temin: Chris, good to have you on.

Tom Temin: All right, so there is the temptation to maybe bailout of the stock market. Maybe we  should begin by reviewing what it is. People build TSPs and 401(k)s for a in the first place?

Chris Kowalik: Well, accounts like the Thrift Savings plan and 401(k)s and IRAs are designed for a long term retirement plan. But keep in mind, this is one of the buckets of money that people hopefully are building. And unfortunately, sometimes when this is the only bucket — meaning we have a now bucket, we have a soon bucket, and we have a later bucket of when we’re going to need money. And so when we only have one bucket, it can cause us to overreact in down markets, and that threat of performance that happens, again when we’ve only got one bucket, we tend to not react in the most positive of ways when things go south.

Tom Temin: So the worst thing you can do then, is try to all of a sudden rebalance your portfolio or make new investments?

Chris Kowalik: Well exactly. So we have a little bit of a pucker factor happening right now because so many people are nervous with the market hit to the coronavirus, and people tend to react very poorly. So who should be nervous right now? And those are the people who need to withdraw money right now. And they have their money in market-based accounts like a mutual fund or index funds like the Thrift Savings Plan’s C, S and I funds, and they’ve taken a big hit. And now they’re nervous of what they should do. So that fear and greed tends to make its way into these decisions. And when we’re listening to most of these news outlets out there, it’s total hysteria. And that’s a really scary position for the average investor to be in. And many of them are running to the hills, and they’re not exactly sure what to do at this point.

Tom Temin: Now retirees who might be obligated to take their minimum annual distribution if their portfolio shrinks, say 5% or 10%, that’s probably going to be a temporary situation. It also lowers the minimum distribution they have to take, and so they’ll have less income, perhaps, but they won’t really affect the power of their capital in that sense.

Chris Kowalik: Well, to a degree. So most people, when they’re in retirement, naturally take at least they’re required minimum distribution because they need that money to live. Now some people can plan to where they they can live on less than that. But for the most part, people just naturally take their RMD. What’s challenging in a market like this, when the market has dipped and now feds or everybody else out in the private sector when they have to take these required minimum distributions, they’re being forced to sell shares when the market is low. And just like we started this conversation, we want to buy low and sell high, not the other way around. But in an RMD situation, there’s not a choice of whether you take that money out. Whether you need it or not, you’ve gotta take it. We really ought not to do that in a down market.

Tom Temin: We’re speaking with Chris Kowalik, founder of ProFeds. But on the other hand, if you continue to invest in your TSP or your 401(k) or some sort of a contribution plan, a Roth maybe, even as you do take those minimum distributions, by contributing now you’re averaging your acquisitions at a much lower cost basis, so that could leverage you on the plus side in the future, yes?

Chris Kowalik: That’s certainly true, and certainly from a tax diversification standpoint, there’s advantages for the traditional versus the Roth, the now versus later reward, but definitely a lot to think about when we’re considering taking money out of the account.

Tom Temin: So for people contemplating retirement, say, in the next few years or those that are really in retirement at this point, what should they be doing now? Just sitting tight?

Chris Kowalik: Well, you know, in a market downturn like this, what we don’t want to do is panic because the only reason to really panic in a situation like this is if we believe that this is the true end off all of the companies that were invested in that we don’t ever believe that they’re gonna come back to life. And that’s of course a very unrealistic expectation here.

Chris Kowalik: Well, there’s certainly the idea off timing the market right where we might be in a safe fund like the G fund. But we see the C, S and I take a hit. And so we think, ooh, this is the time to buy. And that might work in your favor. And that’s certainly a better scenario than the opposite way, which is someone in the C, S and I funds who gets scared because of a market drop. And then they run to safety in the G fund and actually lock in their losses. So we would really encourage everyone whether you’re in the G fund or one of the market-based accounts, the C, S and I, to weather the storm, let the correction happen and get back to normalcy before you make any sweeping changes in TSP or frankly, any other account that you have like this.

Tom Temin: And it’s probably also useful to look at things in relative terms over the long term. For many years, I saved one of the newspaper covers when the Dow Jones industrial average hit 10,000. I think I can remember when it hit 1,000 and now we’re talking about a high of 25,000. Now it’s slipped back to 22, 23. So in relative terms, that’s really not that big a deal, is it?

Chris Kowalik: Exactly. You know, we were at a record high before this hit, and so we’re taking a little bit of a back step here. But all of the gains that we’ve looked at through 2018 and 2019 have been pretty impressive, so we want to help everyone to keep things in perspective before they make a knee jerk reaction.

Tom Temin: So what’s your best advice to all those knee jerk people out there?

Chris Kowalik: You know, those knee jerk reactions rarely favor the investor. And so most often, when people scramble to make any fast moves in a down market, they end up regretting it. Now I know investors oftentimes have amnesia when it comes to what it felt like to be in a down market. But if we could rewind the clock back to 2008 and how long that market downturn was, a lot of people looked back and regretted their decisions to bail out of the market and get to safety in the G fund because there were record gains at that point in the following years, that really helped to recover. But once the funds are moved from the C, S and I funds, for instance, and moved over to the G fund, the loss is real at that point. It’s not a pretend or a paper loss. It is a real loss because we sold shares when their value was very low, to run to safety.

Tom Temin: Chris Kowalik is founder of ProFeds. Thanks so much for joining me. 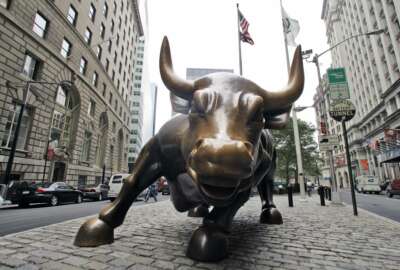 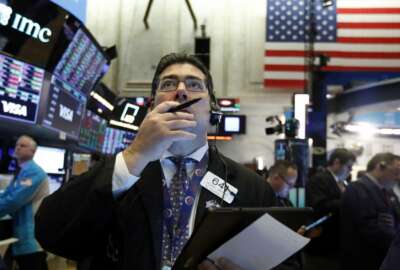