Whatever happened to those horseback mounted Border Patrol agents?

Betsy Smith:  I’m so glad we’re talking about this subject. This means a lot to us at the National Police Association to really get the information as to what happened to these agents who were so publicly excoriated when this occurred.

Tom Temin: How many agents were involved? Do you recall?

Betsy Smith: I believe there was a total of five agents involved in the initial situation, and then of course, there’s a supervisor. It was also fluid, because if you recall, the President was giving a speech shortly after these photos became available, and so during his speech when the media started to ask him questions, he was asked about this before there was any investigation. And he said, Well, these people will pay and called it strapping that these migrants were being strapped by these agents. Tom, I was actually waiting to go live on a cable news show right after the President’s remarks. And so of course, they immediately asked me about and I was absolutely flabbergasted that with no investigation and no real details, The President of the United States, who’s really their employer, would say such scurrilous things.

Tom Temin: I guess the picture juxtaposed some kind of a long leather strap, with agents trying to restrain people. I guess my first question is, what is the purpose of that strap at all on a horse because I don’t know one end of a horse from the other?

Betsy Smith: Well, Tom, I grew up riding. So what those agents were doing that it was not a strap or a whip, like people said, these were the reins, that’s your steering wheel for your horse without reins, you can’t steer your horse. So the reins are longer, and they’re leather, because those agents, who are amazing athletes, they have to be able to control those horses get on and off of them while controlling the horses. And what was happening during that situation, If you recall, there was this huge push of immigrants and some of them were violent, so they are pushing on those horses trying to grab the horses. The agents are using their reins to keep those people away from the horses. One of the things that people don’t understand is that, and we saw this during the George Floyd riots, police horses can be badly injured and have been badly injured and attacked. So the agents not only use the horses to try to control people, but they have to try to control people to keep them away from the horses. Because a horse, while large, is a very thin-skinned animal. It was a difficult and very fluid situation.

Tom Temin: And from my reading of reports after the fact it was later determined that there was no whipping taking place. But still the investigation went on. Is that the issue here?

Betsy Smith: Yes, even the photographer who took those photos said there was no whipping, there was no strapping but very quickly politicians again from the president on down, the vice president, then Hollywood of course, got involved and they started making it a racial situation because the migrants were Haitian, so they were dark- skinned. Then somebody decided to try to tie it to slavery. Oh, this is reminiscent of slavery. And it just it got absolutely ridiculous and over-emotional. You know, largely in part to A, the political climate and B, social media. And then it kind of went away and no one knows there’s been no public disclosure as to what happened to the agents because the last that we knew they were on administrative duty taken off of their horses, which is a huge and expensive waste of the border patrol’s already stretched resources. And we don’t know what happened to them. So we have these agents that were excoriated and maligned. And it all went away.

Tom Temin: We were speaking with Betsy Smith, retired police sergeant and now spokesperson for the National Police Association. And you are there for FOIA-ing the Department of Homeland Security for what exactly?

Betsy Smith: Well, we’d like the involved emails from that incident on anything related to that, related to the investigation, any correspondence between the White House and Secretary Mayorkas in relating to this specific investigation. And again, we realize that this is a personnel issue. And so those issues are to be kept private. The problem we have, Tom, is that this was so public. And these agents have not been either found to have done wrong, or what we believe that it found to have done no wrong. And frankly, we believe there should be a public apology to them, because they were just doing their jobs and quite frankly, risking their lives by doing it. And yet, they were for, you know, a week or two of the new cycle, the most hated horseback riders in the nation. And the border patrol already has so much they’re dealing with right now as they are trying to stave off what as I sit here, right now, 80 miles from the southern border, they are trying to protect our southern border from what I believe is an invasion. And it’s a difficult job. They don’t always get treated really well by the media and by the political class. So we’d like to see and hear a public apology so that these agents can go on with their lives.

Tom Temin: And any response yet from the department or the bureau?

Betsy Smith: We have not gotten a response yet, but we will certainly let everyone know when we do.

Tom Temin: All right. Betsy Smith of the National Police Association, thanks so much for joining me. 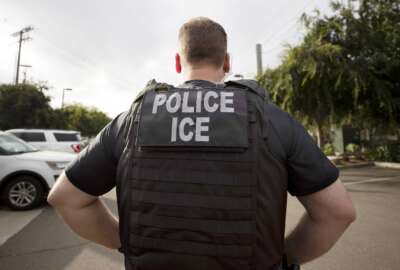 US immigration arrests drop amid focus on most dangerous 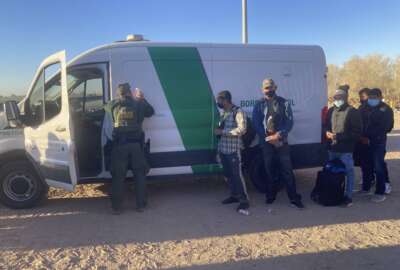 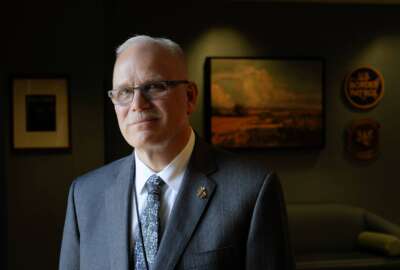