The Department of Veterans Affairs was on track to start up its new electronic health records system in Spokane, Washington, next month. The pandemic response may have delayed that. But the crucial work of system configuration continues. After taking a look at VA configuration decision-making, the Government Accountability Office had a recommendation. The GAO’s director of health...

The Department of Veterans Affairs was on track to start up its new electronic health records system in Spokane, Washington, next month. The pandemic response may have delayed that. But the crucial work of system configuration continues. After taking a look at VA configuration decision-making, the Government Accountability Office had a recommendation. The GAO’s director of health care issues, Debra Draper, joined Federal Drive with Tom Temin for more.

Tom Temin: Ms. Draper Good to have you on.

Debra Draper: Thanks for inviting me to be on today.

Tom Temin: So let’s talk about first of all, before coronavirus, what was the status of this effort? It looked like they were marching step by step toward kind of a limited rollout.

Debra Draper: It’s important to really understand some of the history why they’re doing this. The current electronic health record is antiquated. It’s older than 30 years. It’s costly to maintain. So over the years, there’s been so much customization that there’s actually 130 versions of the electronic health record, which means that it raises concerns about the validity and the standard, the consistency of the information collected. Plus it doesn’t really support the exchange of information with other providers such as those with the Department of Defense and private providers. So what they did, they undertook transitioning to the new system, there were design decisions that needed to be made. And so they established 18 electronic health records councils to help understand the clinical workflows, and they address issues like the pharmacy, behavioral health, ambulatory care. And so from there they made some initial configuration decisions, and then they use what they called national workshops, which brought in specialists and staff from VA and other parts of the system to really look at those design decisions with the aim of trying to standardize the processes and then it went to local workshops where they can validate whether or not those processes would support local processes.

Tom Temin: And is it fair to say that when you say configuration that they were basically using an off the shelf product known as a Cerner system,.

Debra Draper: Right, so in 2017, the Secretary of the VA at the time, made the announcement that they were going to use the same electronic health record that the Department of Defense was using, and that is Cerner. And then in May 2018, they signed a $10 billion contract with Cerner to implement the electronic health record over a 10 year period.

Tom Temin: So they are using then basically the commercial product configured for VA, that is to say they’re not programming.

Debra Draper: There using a lot of the basic configuration decisions that DoD made and then working on that how it best fits the VA environment.

Tom Temin: And there was about to be a test rollout, correct?

Debra Draper: Yes, they were supposed to roll out and Spokane, Washington in July 2020. And then with the coronavirus pandemic, they delayed that. And then subsequent to that they were going to roll out in Seattle and American lakes and Washington State — and so all those have been put on hold at this time until they really assess the impact of the pandemic.

Tom Temin: Sure. And so what was GAO looking at specifically this time around?

Debra Draper: So we looked at the process of the decision making process with the HR councils, the national and local workshops. And we found that they had a pretty good decision process. The one thing that we did find, however, is that in some of the local markets, the local decision makers weren’t always included and-or those who could provide input into the design decisions that were made weren’t always included in the discussion at the local workshops. And part of that was because the information that VA communicated as to who should attend was not always clear. So we made a recommendation that they make sure that all relevant stakeholders will be included in the local workshops that help confirm those design decisions.

Tom Temin: And who are those stakeholders? Is it people that might be say just medical technicians would they be included because they have to enter blood pressure somewhere in a field?

Debra Draper: It’s a wide range of stakeholders, but most importantly as those who particularly for example, for specialties like gastroenterologist or neurologists that you make sure that if you’re talking about those areas that you have that representation who can really help provide information and help validate whatever decisions have been made for those areas.

Tom Temin: And with all of these stakeholders and all of these configuration decisions, is it your understanding that VA still wants to have one version of this so that they don’t get into the VISTA situation with 130 different versions and incompatibility, so if a patient or healthcare provider goes from one place to the other, they would see a totally different interface?

Debra Draper: Absolutely. I mean, that’s really critical. And that was one of the main drivers of why they’re going to modernize their electronic health record. It’s also critically important you want to make sure that you’re collecting standardized information across the board, and you know, it’s comparable across the board. But it’s also really important if you’re communicating with other providers such as Department of Defense and private providers that you’re actually providing standardized information.

Tom Temin: Sure. And yes, if you’re the upper GI guy, then you have to be in the lower left corner on all the screens, I guess or something like that. But to what degree is the VA system, do we know this, going to look like the DoD system in terms of the interface and the configuration that is available to the practitioners?

Debra Draper: I think that’s the top of mind with VA s are implementing the Cerner system is that they’ve used the DoD system as they’re implementing. The DoD system is still being implemented across the country. So they’ve implemented probably in a number of facilities, but they’re still implementation will go through 2023 for DoD. But that is the basis when they’re making design decisions that don’t comport with what DoD has done. I mean, there is a process where they’re talking with the DoD and they’re trying to reach some mutual agreement as to what should be done. So it’s really important and they are really striving to make sure that there’s consistency.

Tom Temin: I guess the consistency maybe is more important in that the data elements are compatible perhaps then that the interface or the user interface necessarily has to match.

Debra Draper: Both are probably important. The data elements are really critical that you have consistency, like I said, consistent information being collected.

Tom Temin: Alright, so your main recommendation this time around for VA then was what?

Debra Draper: Was to make sure that all local stakeholders are appropriately included in any design decisions. And that’s particularly related to like the local workshops that they help confirm some of the data design decisions.

Tom Temin: I guess the worst thing that could happen is when you deploy the new system, that is a big surprise to a lot of people that have to use it.

Debra Draper: Well, you know, a big part of this implementation is training and, you know, that’s a big piece. So people need to be trained appropriately on the system and to be able to use it effectively. And one of the things that we have a little concern about is that depending on how long this delay goes for they may have to relook at training and go back and provide some additional training. If months have passed, that’s something they’re gonna need take a look at.

Tom Temin: And did VA generally agree with this recommendation? I mean, you’ve only made one. So that’s a good thing from GAO.

Debra Draper: They did agree with it, and they told us that they plan to implement it in December. There’ll be fully implemented by December 2020.

Tom Temin: Debra Draper is director of healthcare issues at the Government Accountability Office. Thanks so much for joining me.

Debra Draper: Thank you so much. 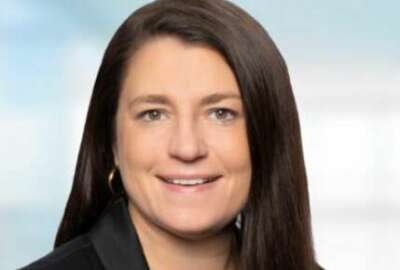 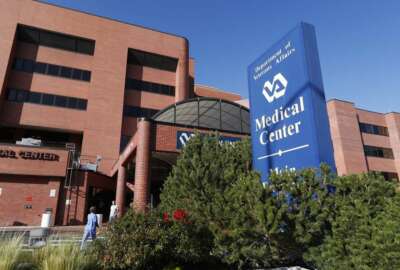