The Department of Veterans Affairs is still planning to reshape its real estate footprint across the country, even if a commission meant to refine these changes doesn’t come into focus.

VA Secretary Denis McDonough told reporters Wednesday that he’s concerned the Asset and Infrastructure Review (AIR) Commission, which doesn’t have any Senate-confirmed members yet, won’t have enough time to review the agency’s plan to close some medical facilities and build others.

“If the commissioners are...

The Department of Veterans Affairs is still planning to reshape its real estate footprint across the country, even if a commission meant to refine these changes doesn’t come into focus.

VA Secretary Denis McDonough told reporters Wednesday that he’s concerned the Asset and Infrastructure Review (AIR) Commission, which doesn’t have any Senate-confirmed members yet, won’t have enough time to review the agency’s plan to close some medical facilities and build others.

“If the commissioners are not confirmed, then we’ll continue to work this,” McDonough said.

President Joe Biden submitted eight AIR Commission nominees to the Senate in March, but the Senate VA Committee has not yet held a confirmation hearing for those nominees.

Federal employee unions, meanwhile, continue to hold rallies and pressure the Senate not to confirm nominees to the AIR Commission.

The VA issued its recommendations to the AIR Commission in March. The agency, under this plan, is looking to close approximately three dozen VA medical centers (VAMCs), but would replace about half of them with new construction. The VA would permanently close the other half, and would shift veteran care to local VA inpatient and outpatient facilities.

VA’s report kicks off a yearlong process of the commission reviewing the recommendations, holding public hearings and submitting its own recommendations to Congress and Biden by the end of January 2023.

Biden has until Feb. 15, 2023, to approve the AIR Commission’s final recommendations. If he doesn’t submit his approval to Congress before March 30, 2023, the process for modernizing and realigning VA’s facilities under the 2018 MISSION Act ends.

But if the AIR Commission process doesn’t move forward, the MISSION Act still requires the VA to conduct four-year reviews of its real-estate needs in each of its regional health care markets.

McDonough said the VA would be on the verge of starting the next quadrennial review soon.

“If there’s no commissioners, there’s still a statute. We still have these needs, and so we’ll be looking at what our options are there. But we’ll continue to communicate with the workforce, with you all, and with our veterans to make sure that everybody understands precisely the decisions we’re going to make. None of these decisions will be made behind closed doors,” he said.

The American Federation of Government Employees has held several rallies protesting the planned closure of VA medical facilities across the country.

McDonough said in March that the changes envisioned in the AIR Commission recommendations, even if the process moves forward as planned, are still “decades away” from being implemented.

AFGE National President Everett Kelley told reporters last month at the union’s annual legislative conference in Washington, D.C. that the AIR Commission was a “closure commission,” comparable to the Base Realignment and Consolidation (BRAC) process at the Defense Department.

AFGE is directing its members to write to their senators, urging them not to confirm members to the AIR Commission.

“If the Commission is not seated by early 2023, its authority dies, and the closures will be halted,” AFGE’s webpage states. “The AIR Commission process is fatally flawed. We need to stop it cold and start a new process that actually focuses on investing in our veterans and their health.”

Meanwhile, McDonough said the VA is scrutinizing the market research that served as the basis for its AIR Commission recommendations.

The market research started in 2019, but doesn’t account for shifts in demand that happened during the COVID-19 pandemic.

McDonough said a VA “red team” and the Government Accountability Office both determined that the market research data was too old, and needs further review.

The VA has set up a process where regional VA officials can provide the AIR Commission with new information about their market needs. McDonough said he’s eager to get updated data from two of his recent VAMC visits in Chillicothe, Ohio and Coatesville, Pennsylvania.

“There will be others who want to provide updated data to the commissioners as well. And so I hope they are confirmed, and can get to work, because we’ve got important information to get to them, as well as important updates to get to them,” he said.

Regardless of the AIR Commission’s next steps, McDonough said the VA continues to spend too much money on maintenance and updates to aged medical facilities.

“We’re in a less strong position to invest in the modernized new facilities that we know we need in so many fast-growing markets,” he said.

The VA, meanwhile, continues to hear concerns about the rollout of its new Electronic Health Record.

McDonough said he heard “specific concerns about safety” regarding the new Cerner Electronic Health Record at a recent visit to the Mann-Grandstaff VA Medical Center in Spokane, Washington, but said the rollout remains on track for now.

While McDonough expressed “intense frustration” with a series of EHR outages, he said he would let VA’s patient safety experts across the country assess whether outages and other EHR concerns warrant further delays in the rollout.

“We have patient safety experts here who are engaged in processes across the country, in our facilities in every community, making those assessments. I’m going to take my risk advice from those clinicians, working then with our clinicians on the ground,” he said.

VA Secretary Denis McDonough told the House VA Committee last month about his concerns with the EHR rollout to date, but said the agency will press ahead with the rollout.

“The only reason to do this is if it has clinical value and improves outcomes for our veterans. Our clinicians continue to believe that it will and that it does. If it ever stops being the case, then I’ll come here and I’ll tell you that we’re not going to proceed, but I don’t have a basis on which to make that decision yet,” McDonough told the committee at an April 28 hearing.

The Spokesman-Review first reported Cerner has not kept the EHR in Spokane, Washington online consistently enough to meet a benchmark in its contract with the VA.

As a result, Cerner is giving the VA a credit in exchange for falling short of its “uptime” targets.

The VA inspector general’s office has issued several reports about the EHR rollout, but McDonough said many of these reports have highlighted concerns the agency has already addressed.

“So much of the reporting from the IG to date has been really going back to the start of the effort in Spokane – not all of it – but we want to make sure that we’re staying current, so that we can both account for what’s happened heretofore, but then that we’re making changes,” McDonough said.

The VA is also looking at artificial intelligence and automation tools to address veteran suicides.

Dr. Matthew Miller, VA’s executive director for suicide prevention, said the VA answers 2,000 calls a day, within 10 seconds or less, through its Veterans Crisis Line, and is looking at how technology can help the VA workforce keep up with the incoming call volume.

“We’re looking for ways to advance artificial intelligence to help us to address demand and capacity,” Miller said.

The Federal Communications Commission this summer will enable individuals to reach the National Suicide Prevention Lifeline by dialing 988. Veterans under this new system will be routed to the Veterans Crisis Line.

Miller said the VA expects a “significant increase in demand” once 988 launches nationwide.

The VA is launching an innovation challenge online to help the VA develop new suicide prevention strategies for veterans. Participants in the challenge, called Mission Daybreak, must submit their concept online no later than July 8.

By the end of the challenge, 40 teams will receive awards ranging from $100,000 to $3 million. The VA expects to award $20 million in total through this challenge. 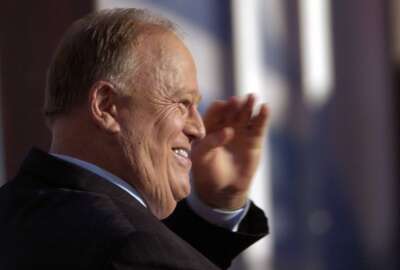 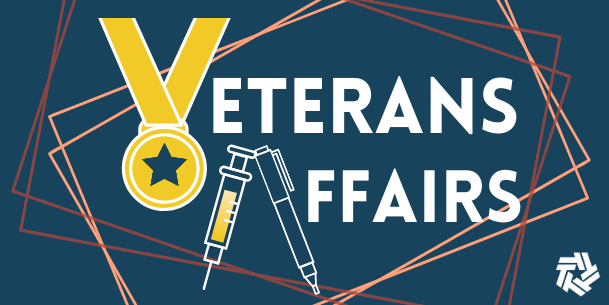 Office overseeing EHR interoperability between DoD, VA not having ‘active role’ in rollout