June is Post Traumatic Stress Disorder Awareness Month.  How the risk factors stemming from military-connected PTSD best managed? It isn’t just a job for the defense department or the VA. Dr. Ken Marfilius is a former air force clinical social worker and mental health therapist. He’s now an assistant professor of social work at Syracuse University. He spoke with Federal News Network’s Jared Serbu on the Federal Drive with Tom Temin about the “it takes a village” approach to mental wellness in the military and veteran populations.

Jared Serbu: Ken, thanks for making time for this. And I do want to start with the “it takes a village” point that you make in your article. A lot of resources in DOD and VA pointed toward PTSD, pointed towards suicide prevention. But what should the rest of us be doing?

Ken Marfilius: Yeah, it takes all of us. First, post-traumatic stress disorder is a common consequence of war. However, that is certainly not the sole factor for one to develop PTSD. According to the national center for PTSD, about 15%, of returning post 9/11 veterans have PTSD. And there are several risk factors that have an important impact on whether somebody develops PTSD. Particularly risk factors and recovery environment. One of the risk factors could be prior trauma exposure, even prior to having served in the military. We do know that prior trauma is a significant risk factor for the development of PTSD. What we see in the research is this notion of adverse childhood experiences are commonly referred to as bases. So traumatic experience that occurred during childhood or adolescence, that can be anything from physical, sexual, emotional abuse, violence in the home. And these bases do, in fact, have an effect on one’s health across the lifespan. And so multiple adverse childhood experiences pose significant risk for numerous health conditions like PTSD, substance use disorder, depression, suicidal ideation. And research points to individuals with military service reporting more bases, and one may say why? Individuals who experience traumatic events during childhood may seek sanctuary in the military. So while this can be very positive, we should also be exploring the associations between childhood trauma, mental health challenges, and how this impacts ultimately the rise in depression, PTSD and suicide in our military and veteran populations.

Jared Serbu: And so knowing everything that you just said, and again, sticking with  “it takes a village” point, what do we know about what tends to work at the community level, you know, outside of the more formal clinical settings that DOD and VA provide?

Ken Marfilius: I look at this little sort of public health priority. We need the right services in place,  the communities that have the means to allow individuals to both thrive and survive are the best outcomes. And so if we attack this from a prevention standpoint, we must provide our children and adolescents opportunities to thrive, several of these children and adolescents will become military members. So we need parent support programs. Not just in the DOD, but also in the civilian sector. Mentors, job trainings, access to quality education, family-centered schools that include mental health services. And so when I talk about survival services, that’s basic access to medical, dental, mental health care. Stable, safe, and also affordable housing, access to food, and breaking down barriers to transportation. This needs to be done on the local, a county, a state and national level, because our children eventually become service members, and we want them to thrive in the face of adversity before, during and after their time in service.

Jared Serbu: So what resources are out there as of now, and how does that compare to what you think is needed?

Ken Marfilius: Yeah, specifically talking about veteran population. I think there is a plethora of resources. And there’s local vet centers, there’s VA hospitals, there’s VA benefits and claims. So that’s a robust system. Those who may be diagnosed with military related PTSD could be eligible for service-connected disability compensation and treatment. There’s supportive services for veteran families. Also there is housing assistance, both financial and also search processes. locally. There’s lots of organizations that serve military and veteran populations. Obviously, in more acute and crisis situations, we have the veteran crisis line. And as far as treatment modalities, we know that trauma-focused psychotherapy is the best treatment. And trauma-focused psychotherapy is any therapy that uses cognitive, emotional and behavioral techniques to facilitate processing a traumatic event or experience in which trauma focus is really central component of that therapy.

Jared Serbu: A lot of all that depends on an individual’s willingness to access the services, to ask for help. A lot of effort, or at least a lot of rhetoric in DOD over the past, I don’t know how long, for as long as I’ve been paying attention, to try and destigmatize coming forward and asking for help. I’m curious, have you noticed that environment improve or get better during your time in the air force and your time working with airmen there at Barksdale? How has the military in general been doing on destigmatization?

Ken Marfilius: There’s certainly more resources available now, and there wasn’tin the past. We are constantly learning, right. And so post-traumatic stress, we have to understand that it will always will be part of the human experience. It’s just been labeled and treated differently. And so from shell-shocked to PTSD, which, you know, came about in the 1980s, post-Vietnam era. It’s an anxiety related mental health disorder that occurs after an extremely stressful event. And the symptoms associated with PTSD will affect everyone differently. You know, you and I may witness the same event, however, have very different perceptions and experiences, which may lead to a disorder or not. It doesn’t make you weaker or stronger. And I think that that message is certainly starting to get out. And it starts at the top.  So commanders, military leadership, leaders within our communities, an understanding that mental health is part of human existence, right, and recognizing when you’re in a stressful situation, who to lean on, we know that social support is one of the greatest protective factors. right, You don’t need to be a trained therapist to ultimately save one’s life,  just connected in the services. These individuals may not ever even be diagnosed after a stressful event with PTSD. However, there are support avenues that they can go to whether that’s familial-related, you know, whether it’s within your occupation, whether it’s in your local community. And so outside of the treatment center and frame, there are also other options that can contribute to protective factors when we experience these stressful situations. I think that messaging is certainly improving,

Jared Serbu: Since the genesis of this interview was the fact that this is PTSD awareness month, maybe just say a little bit about why it’s important to raise the level of awareness in the general population about what PTSD is, and what are the most important things that average people should know about it, but don’t?

Ken Marfilius: So National PTSD Awareness Month is observed in June, and brings forth many awareness campaigns for those who have experienced PTSD. And what is it? It’s directly experiencing a traumatic event. It’s witnessing in person, an event that happened to someone else, learning about the violent or unexpected death of a friend or family member, experiencing repeated or extreme exposure to aversive details of traumatic events. And there’s different symptom clusters, as we refer to it. Intrusion, avoidance, negative alterations and cognitions and mood, arousal and reactivity symptoms. And again, the good news is that there are treatments for PTSD. Recovery varies based on the individual. Just a bit of history there, Jared, is in the early 1900s, as I mentioned earlier, PTSD was typically called shell shock or battle fatigue. And over time, specifically during Vietnam War era, PTSD was named and resulted in a mental disorder, which opens up treatment for these individuals. So the whole goal of June being named PTSD awareness month is to raise awareness and let individuals know to include our military populations, that treatments are in fact available, and they can recover. You know, the National Center for PTSD indicates that around six to 8% of the population will experience post-traumatic stress in their lifetimes. 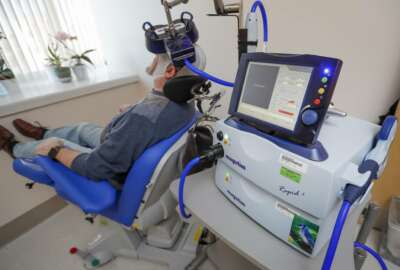 The VA never stops its search for treatments for PTSD

Army to reconsider discharge rulings on veterans with PTSD