The Veterans Health Administration is hiding the fact that veterans, under Mission Act programs, can go to private sector health care providers, if they choose. The Federal Drive with Tom Temin talked about this with whistleblower Paula Pedene, a former VHA employee.

Tom Temin: And you have a long history with VA. You were there for...

The Veterans Health Administration is hiding the fact that veterans, under Mission Act programs, can go to private sector health care providers, if they choose. The Federal Drive with Tom Temin talked about this with whistleblower Paula Pedene, a former VHA employee.

Tom Temin: And you have a long history with VA. You were there for 20 years, and you were involved in their whole rollout of the Mission Act care programs?

Paula Pedene: Yes. So I was at the Phoenix VA, was one of the whistleblowers there, helped expose the wait time scandal, got a settlement, and then got to work for VA central office. And while I was there, I had the pleasure of working on the rollout of the new law, the VA Mission Act, which would allow veterans to access community care so that they would never have to wait again, like it happened at the Phoenix VA with the wait time scandal. So as part of that team, we mailed out nine million brochures and letters, telling them about their new benefits. We stood up an intranet site, we stood up an internet site, I, had tons of news releases that we sent out, videos, all kinds of internal communications. And it was very disheartening to me when I was recently talking to someone and trying to point them to the external site because I’ve since retired, and it was gone, it was just gone. It’s missing in action.

Tom Temin: Yes, I found that too, based on your link. When you search for Mission Act at the VA site, it takes you to a site that’s all about VA native offerings, and nothing about external.

Paula Pedene: Exactly. And the other thing I learned, so I went in there, I typed in Mission Act. So now they’ve redirected the missionact.va.gov site to Choose VA. And then go there and you type in Mission Act and you look for it, it’s not there, either, it turns up nowhere. So then I called the facility to see if I could get more information on the Mission Act. And lo and behold, on the phone, when I call in as a patient, it says to press option six, so I press option six. And what she tells me is all about urgent care. It’s all they’re talking about is urgent care and emergency care, and that the emergency care really has to be authorized before you go. So they’re taking only pieces of the actual law, and sharing that with our nation’s veterans. And that’s not true. I mean, if they have, under the Mission Act, which is a law, the veteran has the option of choosing community care when the VA doesn’t meet timeliness standards, and it doesn’t meet quality of care standards. And that’s a law. But confusing veterans makes it easy to bypass a law; that’s what it’s doing for them.

Tom Temin: And beyond urgent care, just to be clear, a range of services, for example, if you don’t feel like driving 50 miles, three weeks from now to a dermatologist or something, and there’s one in your local town that is on the Mission Act list — and there are certified providers, I think there’s something like 30,000 of them — then you can go there, and you don’t need to go to a [Veterans Health Administration] facility.

Paula Pedene: Correct. Yeah. And it’s all designed to revolve more of the care around the veteran and their needs, make it easier for them to access the care. So this new move is concerning. I don’t know how long it’s been going on. I just recently checked on it. And then when I was talking to the the gal about the Mission Act benefits that she only told me about, I said “so what office are you under now,” and she said that the Mission Act office has moved, it’s no longer under Community Care. And it’s under the Veterans Experience Office. And the Veterans Experience Office was stood up to help make sure that veterans had good experiences with VA after the wait time scandal. And that’s where Secretary Bob McDonald wanted the facilities to hold town halls and and embrace the five core values, the “I Care” values that he had implemented, to make sure that the facilities were listening to the veterans. It’s kind of odd that they’ve taken a health care entity and put it under an Experience Office, which is about listening.

Tom Temin: We’re speaking with Paula Pedene. You’re a Navy veteran, by the way, and executive director of honoring America’s veterans. You also operate a public relations firm. You’ve done a lot of things since the VA between the Navy and now. Have you talked to anyone up the chain of command to ask them what might have been going on?

Paula Pedene: It’s kind of hard for me to do that as an outsider now, although I guess I could. Because I really would like to know, to tell our nation’s veterans, and I was concerned when I saw it, but I haven’t checked with them. So that’s probably a good next step. Why are they doing this? I don’t know. I did listen to the Senate Veterans Affairs Committee testimony, and Sen. [Dan] Sullivan (R) from Alaska asked the secretary why they had changed the Mission Act website. And the Secretary didn’t answer, he didn’t answer. So I wonder what kind of answer I’ll get.

Tom Temin: I was going to say, maybe he didn’t know either. These things can happen sometimes deep in the bureaucracy. And just to review, when you had blown the whistle because of the long wait times, and that touched off quite a few years of consternation and reform at VA, you were one of the people that was moved from a public affairs office on a main floor to a basement, kind of relegated. That’s the proverbial thing that happens, but it actually happened to you.

Paula Pedene: Yeah. And I didn’t realize how much of a playbook they have. For federal employees, they just try their best to make you miserable so you will leave. And at the time, I had 30 years of federal experience, and I was like, I wasn’t going to walk away from my retirement. And my representative said, “Paula, if you, a significant player like this — because in the PR realm, you’re a high level player — If they do this to you think of all the little people behind you that will never have a chance.” So I stood and fought, it took me two years, I did get a settlement. And I was happy to work on the Mission Act and implement that on the communications team. So this is concerning to me. I just don’t like it when Congress goes through a huge effort to change a law, to make it happen. It was publicly announced everywhere. And now all of a sudden, it’s in the basement. Doesn’t make sense.

Tom Temin: Let me ask you this, too. As a Navy veteran, do you still go to the VA for health care? And how’s the service? How’s the quality? By all accounts, things are way better than they were a few years ago.

Paula Pedene: The one thing about VA, Tom, is the people really care, the staff really care. I just think the bureaucracy gets in the way. So when I was in public affairs, we did a survey every other year, and we would measure numerous perceptions and opinions and our reputation. And the number one thing that we always found from our employees that they were proud to serve our nation’s veterans. And that became our tagline. We are proud to serve our veterans. So I go there because I know the staff cares. And I know that doctors care and I know the nurses care, and I’m sure they don’t like all the convoluted, limited access that they have. They really care about the patients and they want to give them the best care. So this is concerning. And it doesn’t make sense.

Tom Temin: Let’s hope for the best; we’ll have to check into what happened to that website. And we have reached out to Veterans Health Administration to get their view on how they’re promoting and otherwise presenting Mission Act access. We’ll give you that interview as soon as we get it. 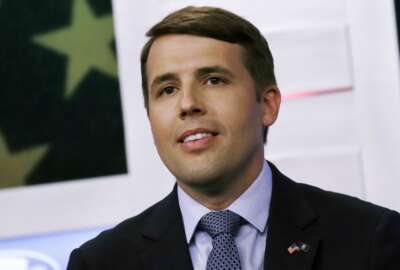 Some MISSION Act care providers report not getting paid by VA