The Office of Personnel Management has closed the government in the Washington, D.C. metro area on Monday because of the snow storm that hit the region Saturday night and Sunday.

OPM announced the decision Sunday night, saying only emergency employees are expected to report and those who can telework should plan to work from home.

The closure only applies to those agencies that are not under the partial government shutdown as those non-exempt employees already are on non-work status, said OPM’s website.

As for those employees who telework, this is one of the first times the new policy, which OPM changed  in April, will be tested. The new policy states  that all employees who are eligible to telework would be expected to do so on a day the government is closed because of weather or another reason.

OPM states these employees “must account for the entire workday by teleworking, taking unscheduled leave (paid or unpaid) or other paid time off, or a combination, in accordance with law, regulations, agency policies and procedures, and any applicable collective bargaining requirements (as consistent with law).”

Federal News Network’s sister station WTOP reported 5-to-10 inches of snow fell across the region during the first major snow storm of the winter.

With temperatures dropping into the 20s overnight, many roads and sidewalks will freeze making the morning commute more treacherous. 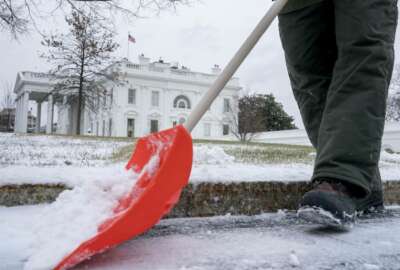 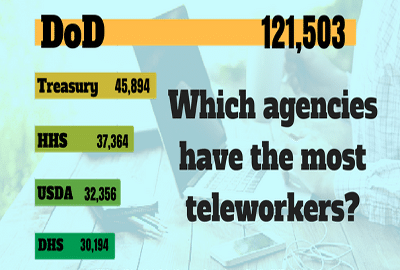