Air traffic controllers have managed to keep coronavirus at bay

Air traffic control is never easy work, but now controllers are concerned about coronavirus, working cheek by jowl in sometimes cramped airport control towers.  For an update on the situation for them, the Executive Director of the National Air Traffic Controllers Association Trish Gilbert joined Federal Drive with Tom Temin.

Tom Temin:  Ms. Gilbert, good to have you back.

Trish Gilbert: Thank you for having me, Tom. Appreciate it.

Tom Temin: What are your controllers telling you? What is the situation now in the towers and I guess it probably varies because some towers are big spacious ones and others are tiny facilities.

Trish Gilbert: Correct. There’s, you know, several hundred air traffic control facilities across the country, not just towers at airports, but radar rooms across the country where essential personnel – those that we represent, air traffic controllers – are reporting for duty to ensure that you know, the system continues to run and get the needed supplies across the country and throughout, or just the stuff that we’re shopping for, certainly the needs of the health care community. So they’re there. They have concerns just like every other citizen in the United States on their well being, the well being of their families, and certainly we are trying to do the best that we can to comply with CDC guidelines in areas that workforces have to work almost right on top of each other. They share equipment, they share space, and some towers, as you mentioned, and some of the workspaces are very close quarters. So we’re working very collaboratively with FAA to make sure that we are keeping people out of the operation that don’t need to be there that aren’t essential that we are only having essential personnel there that need to be there and those that can come in at a separate time come in, and our schedules actually are somewhat isolated. So if we do unfortunately get a positive test in a facility, they don’t expose the entire workforce from that facility. They only expose that crew that they worked with.

Tom Temin: Do they have sufficient masks and what other – wipes and those kinds of things, the supplies people need?

Trish Gilbert: Well supplies have been an issue throughout this several weeks of the crisis, you know, just like everywhere else. Disinfectant, sanitizing materials, wipes, gloves – we’ve been able to catch up on some of that, but certainly now that we only have those essential personnel and facilities, they go a lot further. We are asking that, you know, everybody use those materials as they change out positions. They are not wearing masks, they can wear masks. They – NACA had provided some face coverings, not really, you know, high quality but something that they could wear just to protect, not necessarily themselves, but their coworkers just as CDC describes. So they are doing that certainly. They have styluses to use to punch the buttons on the work positions and hopefully keeping their close contact between people that are taking over positions away from each other.

Tom Temin: Yeah, that’s a good point. These are shared facilities that successive shifts will come in and sit at the same place, using the same buttons.

Trish Gilbert: Exactly right, right. And and the FAA, working with them almost immediately into the pandemic, we asked them and they were very much agreeable to increasing the amount of cleaning that takes place in their facilities and the level of cleaning so higher level of cleaning daily. Certainly that doesn’t prevent our workforce from cleaning between people swapping out on position. And then when there is an identified positive we come in, the FAA comes in with a more robust cleaning level three, basically sanitizing like a medical facility before the next crew comes in.

Tom Temin: We’re speaking with Trish Gilbert. She’s executive vice president of the National Air Traffic controllers Association. That was my next question. It sounds like you are satisfied with the responsiveness of the FAA, in listening to the concerns and providing what’s needed.

Trish Gilbert: We have a very open communications we talk several times a day, do a lot of virtual meetings. I don’t think anybody in this country was prepared for this situation. It was easy to look backwards and say we should have done this a week before. We should have done this two days before. But as we all know, it happened very, very quickly. And we are. We’ve worked with the FAA for many, many years on many different issues and a lot of crises, whether it be staffing or government shutdowns. And they reacted as quick as they possibly could, being that they are so large and they have so many boxes to check. Doesn’t mean we weren’t frustrated, doesn’t mean we didn’t disagree. We certainly did. But eventually we got to a resolution or one we can keep the system running to get those supplies where they need across the country but at the same time ensuring that the workforce that has to be there is as safe as they possibly can be.

Tom Temin: And among your members, have you had cases of coronavirus and has everyone survived?

Trish Gilbert: Yes, yes, we have had about 115 maybe closer to 120 now FAA employees that have tested positive COVID-19. Forty-two air traffic facilities, some of them a couple of times, have had a couple of positives in the same facility. And of those about 32 are air traffic controllers. A couple of them have spent some time in the hospital but all of them have recovered.

Tom Temin: Well, that’s good news there. And I was wondering with the drastic reduction in commercial air travel has the same reduction occurred in general aviation, or maybe there’s an uptick in it because more people are flying privately and has the level of air traffic in general affected the staffing required in the facilities?

Trish Gilbert: It has the reduction in air traffic has allowed us to segregate those crews. So where we used to staff a crew of say 12 in an air traffic center in one area, we now can staff it with three people for an eight-hour shift. So that allows us to have redundancies available with crews and separating those crews out that way. They’re not – we don’t have extra people that don’t need to be there. But then we have, you know, unfortunately, if we have a test, then we have only exposed maybe three or four other people in that area and you have another set, another crew that hasn’t been in the facility that can come in and work the traffic and keep the system moving.

Tom Temin: Now, FAA facilities are stuffed with computers and other electronics of all sorts. And that means there’s a lot of contractor support. What happens when a board needs to be changed out or some update has to be done? Can contractors get in? And have you have figured a way to have that happen safely?

Trish Gilbert: Yes, I mean, and some of the positive tests that have happened in the FAA have been from technical operations or what we refer to as tech ops. They are essential personnel as well. They, the FAA has worked with that frontline workforce to have them be away from the operation until they are needed and then certainly if they are needed to come in to maintain equipment that there are precautions taken. Doesn’t mean we haven’t had incidents where they’ve been positive and there’s been others exposed because they tested positive that has occurred, but they’re trying to make sure that we are smart about the social distancing when they have to come in and do that work and certainly, we sometimes have to go reduce ATC Zero where – we just recently a couple of days ago at Washington Center, which is in Leesburg, Virginia, one of the janitorial staff tested positive there, which then potentially exposed the entire the entire facility. So they had to close it down on the midnight shift, which is overnight, a couple of hours, while they did the level three cleaning and then they also, we worked very closely with FAA Aerospace Medicine so they can identify those that have been exposed and trace back those that might need to be quarantined and not come back to work. And certainly anybody with symptoms of any kind are not coming to work. The FAA is having them stay home, and then if they are able to, to get tested as well.

Tom Temin: It sounds like in general though, you’ve got the situation under control.

Trish Gilbert: We’ve spent a great deal of time working through protocols, checklists, contingency planning, many, many individuals working very hard to keep those two goals at the forefront, keeping the people safe that have to do the essential work and keeping the system running to get everything where it needs to be for the rest of the country.

Tom Temin: Trish Gilbert is executive vice president of the National Air Traffic Controllers Association. Thanks so much for joining me.

Tom Temin: We’ll post this interview at www.FederalNewsNetwork.com/FederalDrive. Hear the Federal Drive on demand and on your device. Subscribe at Apple Podcasts or Podcastone. 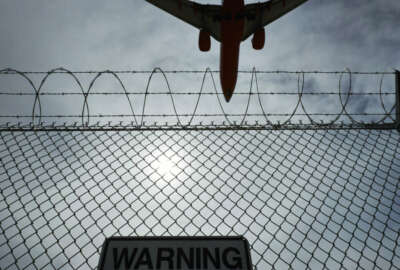 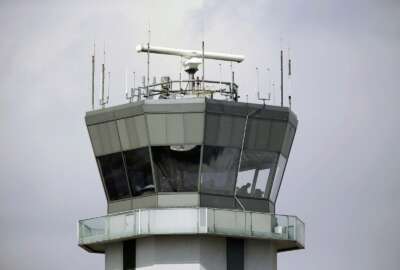 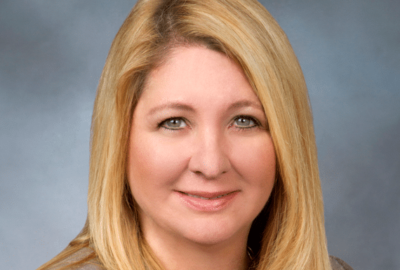