Protecting project management during a pandemic

Teleworking is great for email, phone calls, and futzing with documents online. But what about the detailed collaboration needed to keep your agency or company’s projects moving along properly? David Summers, the head of government relations at the Project Management Institute, joined Federal Drive with Tom Temin for some specific advice.

Teleworking is great for email, phone calls, and futzing with documents online. But what about the detailed collaboration needed to keep your agency or company’s projects moving along properly? David Summers, the head of government relations at the Project Management Institute, joined Federal Drive with Tom Temin for some specific advice.

Tom Temin: Mr. Summers, good to have you on.

David Summers: Thanks, Tom. Thanks for having me on this morning.

Tom Temin: Yeah, so the trivial stuff is easy for teleworking because everyone has email on their phones, etc. But what is your best advice for keeping projects alive and moving along as they should during the difficult collaborations?

David Summers: Absolutely. We know that this is a very challenging time. You know, listen to your conversation with Jason Miller. A bulk of the agencies are teleworking now. And so we really wanted to help answer the question of how leaders can ensure project continuity and execution can continue, you know, in a distributed workforce environment. So we’ve really come up with a five-point plan to help leaders and to give them a north star of how they can keep their teams and their projects moving along. I think the first thing we’d really want to emphasize is doubling down on agile. Now agile methodology has its roots in the IT world. It’s recently been adopted by other industries for more tangible projects and just larger projects overall. It’s particularly useful here in situations where there’s a lot of unknowns, where project specs can change frequently and you see that happening a lot when you’ve got your team’s distributed over a wide geography or, some are remote, some are having to come in.

Tom Temin: Well it would also seem like the agility also has to extend to the area above the shoulders. That is, kind of go with the flow to some degree.

David Summers: Yep, exactly, exactly. It’s very collaborative. It’s incremental, it’s iterative. And it’s really allows you to tailor your way of working and your style of working to a fast-paced and ever-changing environment.

Tom Temin: All right, and number two of your five-point plan is leveraging technology and how is that different teleworking than it is when you’re everybody’s together?

David Summers: Yeah, no absolutely. Leveraging technology is crucial. Advanced technologies now, such as artificial intelligence can play a very important role in helping teams organize their work. Now what does that mean? So, in some cases, you can use AI to power estimates, to do advanced models that will help define the size and scale of projects, the types of projects roles that may be needed to get the work done. Really, they can help you anticipate and address customer pain points. So using those advanced technologies will – are only going to grow. And so as people, increasingly work side-by-side with machines, but this will really help you get the project across the finish line. We’re seeing that a lot with the response to COVID-19, firms running millions of compound scenarios to model out, well, what the response to the crisis should be, what some of the, you know the growth is. So, you know, how we can do research and eventually come to a vaccine. So it’s pretty exciting stuff.

Tom Temin: So in some sense, all of that automation and that new artificial intelligence or machine learning-types of tools can do especially importantly now what they are supposed to do in general. And that is take care of some tasks that people would normally do, that are not germane to the main thinking that they have to do.

David Summers: Absolutely, and really add on. You know, it’s kind of like, you know, Batman and his utility belt, right? We’ve got all these tools at our disposal now. Let’s use them to make our overall impact to amplify our overall impact.

Tom Temin: And what about exercising management of power skills? That’s number three on the plan.

David Summers: Yes, we feel like folks really need to exercise the new power skills. This is collaborative leadership skills that are becoming a must for project managers as well as team members of the project skills, which include a variety of attributes such as empathy, communication, emotional intelligence and a sense of shared responsibility are especially important when when working in these virtual settings. And so we’ve done a lot of research and projects professionals, which were surveyed by a recent pulse of the profession publication, have told us that they ranked those collaborative leadership skills as the most essential to running teams. We like to describe them as necessary to beefing up your AQ, or adaptability quotient. You know, we’ve heard of IQ, we’ve heard of EQ. AQ is really what we see as a key component to people to lead teens in a distributed environment.

Tom Temin: We’re speaking with David Summers, head of government relations at the Project Management Institute. And point four is to stay focused on the customer. I guess that seems obvious, but probably more difficult when everyone is scattered in their own homes.

David Summers: Exactly, exactly. It does seem obvious. But if collaboration is our survey’s top ranked skill, empathy for the voice of the customer comes in at a very strong second. So when we have these diverse and dispersed teams, when you’re distributed across geographies, the voice of the customer really serves as that center of gravity, that anchor, OK? And when we can anchor people to a common purpose, it really enables us to force amplify, work together and overcome some of those challenges that you see by being, you know, in different locations.

Tom Temin: All right, and then maintain a robust management framework for virtual teams – I guess that’s up to managers to do that, and they’re at home, also.

David Summers: Yeah, right. And so just because you don’t interact with your team face to face, we still need to maintain clear oversight of workloads and responsibilities. So build out a governance framework, have protocols that are already pre-designed or pre-established that you can do and you can utilize to keep folks on task, keep track of what work is going on and just have things very clearly defined for folks. When we have, you know, the same sheet of music we could be singing from, it really helps to keep people on track and manage those distributed teams.

Tom Temin: And what about the idea of a little tender loving care that teams might need when they’re isolated in this way?

David Summers: Yeah, no I think that’s important as well. You know, you see, and again this gets back towards leveraging technology. But you see a lot of folks expanding the use of teleconferencing and videoconference tools like Zoom or Skype. And when you have that, when you have the camera on, you can actually see and be emotive with folks. So you can add that element of TLC and really drive a personal connection in trying to advance a project or move your work forward.

Tom Temin: And those employees that are clutching a teddy bear on the video. That might be a clue they need a little extra help.

David Summers: Exactly, exactly. So, you know, you gotta take the cues and figure out how you can best put your team in a position to succeed and give them the skills, you know, they need. As we’re seeing across, you know, the entire economy change happens through projects. So whether someone’s a project manager by title or not, it’s gonna be highly likely that those rules could benefit from project management skills. So we think that’s only amplified in this distributed working environment.

Tom Temin: And a detail question on the whole communications framework and management framework. When everyone is teleworking, sometimes there can be a lack of synchronicity. And so people doing one thing get interrupted by someone doing another thing. Nobody means any harm and interrupting people they just can’t see that door is shut. That person is on the phone. Whatever the case might be. How do you manage that?

David Summers: Well, I think that comes back to, you know, agility and just being able to quickly respond and understand that there are gonna be changing landscapes and changing environments of where and how people are working. So, really, just focus on, you know, an intuitive advancement of your goals, tackling the objectives you can, as you can, and really putting the folks that are working for you, working with you in a position that they can succeed.

Tom Temin: David Summers is head of government relations at the Project Management Institute. Thanks so much for joining me.

David Summers: Thanks, Tom. Appreciate it.

Tom Temin: We’ll post this interview, plus a link to the PMI Resources Page at www.federalnewsnetwork.com/FederalDrive. Hear the Federal Drive on your schedule. Subscribe at Apple Podcasts or Podcastone.

Be more like Susan — make telework a way of life 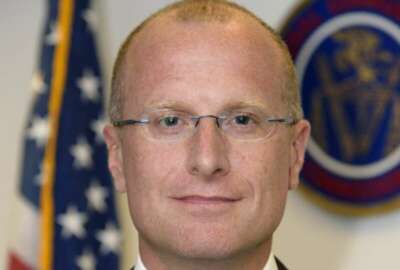 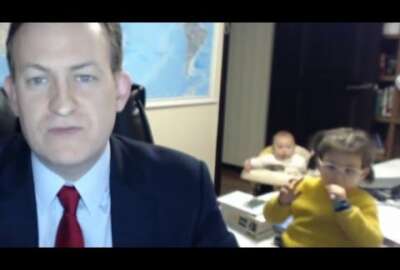 Rules for telework Zoom meetings: No. 1 — no nighties!