Federal agencies have been grappling with new scenarios and new sets of questions they’ve never encountered before, all thanks to the ongoing coronavirus pandemic.

The same is true for the Office of Government Ethics, which sets standards of conduct for federal employees and the executive branch.

“We have had some novel questions, and they started coming in...

Federal agencies have been grappling with new scenarios and new sets of questions they’ve never encountered before, all thanks to the ongoing coronavirus pandemic.

The same is true for the Office of Government Ethics, which sets standards of conduct for federal employees and the executive branch.

“We have had some novel questions, and they started coming in pretty much immediately,” Patrick Shepherd, a lead instructor for OGE, said in an interview with Federal News Network. “We hadn’t contemplated, especially in some of our programmatic guidance, a movement to a 100% telework environment.”

Many of the ethics responsibilities that agencies have, for example, training new employees and senior political officials on government standards of conduct, can and are being done remotely, Shepherd said.

OGE has released guidance clarifying ethics training can happen virtually, and the agency has issued its own videos with advice on how to handle those responsibilities remotely.

Some agencies, Shepherd said, have been well-equipped to deliver ethics briefings and training over web conferencing platforms, but others are still catching up.

“Our success as a country responding to this pandemic is going to require an enormous amount of trust from the public,” Shepherd said. “It’s really important that employees and leaders at all levels of government are taking steps to ensure they’re preserving that trust.”

For some agencies, their missions have been significantly impacted by the pandemic. Their employees may be pulled into new scenarios they’ve never quite encountered before in the federal government.

“We’re primarily concerned with the changes in the conflicts of interest profiles facing their employees,” Shepherd said. “Because they may doing work that they didn’t expect to be doing, it’s necessary for ethics officials to understand the change in those duties so that they can advise employees about the increased risk for potential for conflict of interest.”

Several agencies have accepted large-scale donations of masks and other personal protective equipment to help them carry out their missions during the pandemic.

But for OGE, those scenarios aren’t standards of conduct issues, and Shepherd said federal employees who are approached with an offer or a possible donation should consult their agency’s appropriations lawyers and general counsel for guidance.

The situation is different, however, for federal employees who receive an offer of a personal gift.

“The general standard is that federal employees should not accept things that are given because of their official positions, nor should they accept gifts from people or organizations who do or seek to do business with their agency, like contractors, regulated entities or grantees,” Shepherd said.

The safest course of action, he said, is to decline the gift.

Want to keep it?

Again, Shepherd recommends contacting an ethics official who can offer advice on whether an employee can accept the gift or return, destroy or donate it.

Generally speaking, federal employees must consider the cost and timing of the gift, as well as the appearance that accepting the gift might give.

An offer of a free lunch — say from an organization that wants to show their appreciation for nurses working at the Department of Veterans Affairs — may be ok.

“We do have an exception to the gift rule that if none of these things are present would allow an employee to accept something valued at less than $20,” Shepherd said. “But really this is a place especially if it’s happening frequently, you want to get in touch with your ethics official to make sure that you’re not accepting things so often that it seems like you’re using your public office for private gain.”

Other agencies are simply grappling with the challenges that come with the new remote work environment, Shepherd said.

OGE has also been helping agencies navigate the challenges that come with managing their work, time and government property at home.

“All of the same rules that applied to you while you were in the government office space apply to you when you’re on the clock working and performing your government duties,” he said. “There’s a real need to maintain bright separations between your professional activities on behalf of the government and things that you do in your personal time.”

Keeping work and personal lives separate while using government equipment is important too.

Using your government laptop to respond to personal email or quickly confirm a doctor’s appointment is usually OK, Shepherd said.

But it’s not wise to use an agency laptop to run an outside business. And employees who, for example, may have taken to sewing masks and selling them online should do so on their own time.

“It’s really important for federal employees to make sure those activities are taking place outside of duty time, so they’re not using government time to do that,” Shepherd said.

Check in with ethics officials before fundraising

The Combined Federal Campaign, which the Office of Personnel Management reopened last month under a special solicitation, is the best place for fundraising in the federal workplace, Shepherd said.

Federal employees may, however, want to organize and solicit help for a coworker who has experienced hardship or tragedy during the pandemic.

“There are things you can do; there are ways to set it up,” he said of fundraising events for coworkers. “But what’s an unfortunate outcome is to start something and to put the ethics official in the position of having to stop it or revise it or to inquire into the ethicality of the activity.” 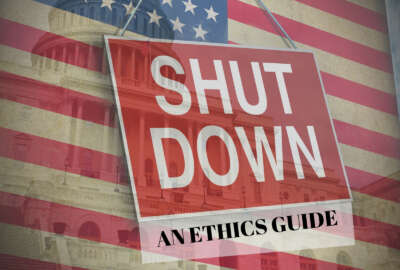 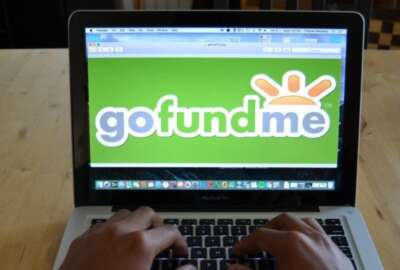