You probably know that strategic human capital management is on the High Risk List maintained by the Government Accountability Office. The government isn’t very good at anticipating the types of people it will need, then having a plan to recruit and hire them. That’s especially true in science and technology. GAO’s acting Director for Science, Technology Assessment...

You probably know that strategic human capital management is on the High Risk List maintained by the Government Accountability Office. The government isn’t very good at anticipating the types of people it will need, then having a plan to recruit and hire them. That’s especially true in science and technology. GAO’s acting Director for Science, Technology Assessment and Analytics, Candice Wright, had the details on Federal Drive with Tom Temin.

Tom Temin: Ms. Wright, good to have you on.

Candice Wright: Thank you for having me Tom.

Tom Temin: So review for us the big question of strategic human capital management, it’s been on the High-Risk List for some time now. Just give us the outlines of the issue as GAO sees it.

Candice Wright: Certainly. So strategic human capital management has been on GAO’s High-Risk List since 2001. And a lot of that, over the last 20 years, our prior work has shown how agencies often struggle to attract and retain a workforce that meets their agency needs and positions the agency to be able to address social, economic and security challenges facing the country. So with regard to our work, one of the things that we really identified is that there are definitely challenges that agencies face with workforce planning to make sure that the agencies understand what their needs are to be able to implement their missions. We also see that there are challenges around using pay and hiring authorities, particularly to make sure agencies can recruit a diverse, highly qualified science and technology workforce. And then the third area is looking at factors that can affect the federal work environment, which can include things around sexual harassment, the ability to engage with peers, attending conferences, presenting research, and then also issues around scientific integrity.

Tom Temin: Alright, and getting to the idea of science and technology in particular, as opposed to other types of employees. When you say science, then there’s a finite, I guess, number of agencies that do science, but when you say technology, that could be almost every agency. Is that fair to say?

Candice Wright: Certainly. For many agencies, technology is the backbone of their ability to be able to implement their mission. And so you will find that there’s a great need for technology workers across all agencies. Certainly over the years, we’ve seen a lot of emphasis on cybersecurity, having the right experts who can address cybersecurity challenges, but also challenges with other emerging technologies as science workers as well. And so the issue really cuts across many agencies.

Tom Temin: Sure. Is it possible to quantify the need for scientifically trained people? Do we have numbers at all?

Candice Wright: I don’t have current numbers on the need. And a lot of that is really due to the fact that the agencies have been very mixed in their attempts to conduct workforce planning, which we think is really important to be able to articulate what the needs are, and then to be able to quantify that.

Tom Temin: Because what GAO has found is that agencies are not unaware of the problem. It’s just that they haven’t implemented all of the recommendations GAO has for best practices, I guess, in strategic human capital planning. What are some of those with respect to science and technology?

Candice Wright: Certainly. So in our prior work, we certainly identified actionable strategies that agencies can take to make sure that they’re effectively managing their science and technology workforce, not just for today, but in the future. And so really, we think that that process really has to start with understanding where the needs are, being able to define the skills that agencies need. And so in the area of science and technology agencies should be looking at what their mission is, and then thinking about what are the skills that they need in order to get there. Certainly in the area of information technology, some of our prior work has found that most of the agencies that we have reviewed have not fully implemented these key workforce activities. Having a workforce planning process being key among them. And so we think that it’s really important that agencies take those steps to understand what their needs are based on the mission of not just today, but also the future.

Tom Temin: And you often hear agencies say, well, it’s hard to recruit people to the government because of salaries or whatever reason, the hiring practices are long,. But I’m postulating and I you can tell me whether I’m right here is that if you really plan your workforce needs thoroughly, then it becomes a lot easier to recruit and hire the people knowing what it is you need. Would that be a fair way to look at it?

Candice Wright: Absolutely. Tom. Once you identify what are the skills that are needed, the next step is then developing a strategy to find those people to select them, and then to make sure that you’re hiring the right staff. And again, that’s something that goes back to the human capital strategies that GAO has identified, that we think are really critical to ensuring that the agencies can obtain the talent that they need, and really put them in a position to compete with the various sectors that might also be looking for similar talent?

Tom Temin: Yes, because the science mission is becoming really an issue of us competitiveness writ large.

Tom Temin: Alright. So what are your chief recommendations that people get on and just simply complete those steps that GAO has been recommending for 20 years?

Candice Wright: Well, certainly. So again, it’s really going back to understanding what is the mission. And once you identify with that mission, really then being able to take a look and say, where do we have skills gaps? What are the skills that are needed and where do we have those gaps? And then once those gaps are identified, then coming up with a strategy that should include considering the various pay and hiring authorities that agencies have available to them. And then also, as part of that, once you implement the strategies, to then take a look and see is it working. And if it’s not working, where are changes needed,. Those are really important steps to ensuring that agencies can attract and recruit and hire, and also retain, staff that are needed to execute their missions.

Tom Temin: And in the area of incentivize and compensate employees, you recommend increasing awareness of benefits and incentives, such as work life programs. The idea being that government maybe can’t always match top level scientific salaries in industry, there are a lot of virtues of federal employment relating to work life balance. And I would also think, maybe to the purity of the mission of pure science. And if you’re in a not for profit situation.

Candice Wright: That’s a really important point, and that certainly most people don’t seek federal employment in order to get rich, but they really look at federal employment as a way to serve, to make sure that they can have an impact, and to make our communities as well as our country even better. So for agencies who can articulate what their mission is, I think that they’ll have a really good a better time being able to recruit and retain people. Certainly when you look at the current COVID-19 pandemic that has illustrated public private partnerships, that might create opportunities to show what the federal workforce can accomplish. And then, as you mentioned, certainly there are these other non-financial benefits, if you will, that can make the federal government attractive to potential employees. Things like being able to do details, having rotation programs, telework, and certainly other wellness and healthy work life balance programs can also be attractive to many people.

Tom Temin: And on the diversity front, do you also recommend maybe doing searches and recruitment in non traditional places? I mean, if you look at an agency like NASA, in recent years, it has just come to light, how much crucial scientific and analytical work was done by minority women, way back when when nobody thought to give them credit for what they were doing. And gosh knows how many people like that are out there even today.

Tom Temin: Candice Wright is acting director for science technology assessment and analytics at the Government Accountability Office. Thanks so much for joining me. 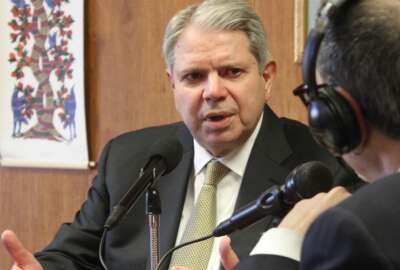 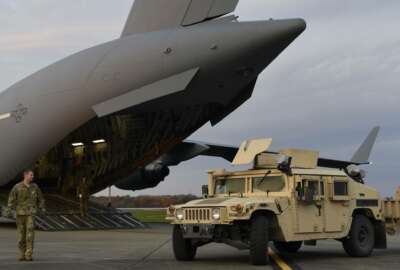