Invest six months, and you could transform your federal career

Want to give your career a kick in the pants? Get with the movement toward expertise in artificial intelligence, data management and digital innovation? Carnegie Mellon University has developed a course just for federal employees who want to learn these fields and maybe switch or upgrade their careers. The Federal Drive with Tom Temin talks about it...

Want to give your career a kick in the pants? Get with the movement toward expertise in artificial intelligence, data management and digital innovation? Carnegie Mellon University has developed a course just for federal employees who want to learn these fields and maybe switch or upgrade their careers. The Federal Drive with Tom Temin talks about it with Carnegie associate dean Jackie Speedy.

Tom Temin: Ms. Speedy, good to have you with us.

Jackie Speedy: Thanks, Tom. It’s great to be here.

Tom Temin: Tell us more about this course. What’s it all about?

Jackie Speedy: So this is a new executive education program that we’re launching. We had, at Carnegie Mellon, been doing quite a few exec ed programs for the private sector C suite folks. And we started to see more interest from public sector folks in our digital innovation and digital strategy, existing programs. And we thought, we’re a public policy school, let’s make a custom program that looks at the issues as our government becomes more data driven, and uses technology in new ways. And thus, this program was born and we’re starting the inaugural class this August.

Tom Temin: And Carnegie Mellon is probably most famous for the Software Engineering Institute and the great depth of technical knowledge and expertise that it has in software and the implications. But you’re saying this is growing out of a public policy focus. Is there some informing of it by the technology side of Carnegie Mellon?

Tom Temin: Sure, and this is available to federal employees and anyone else?

Jackie Speedy: Federal employees, state and local government employees also. So we’re looking at a government focus. And we’re really looking for folks that have about five years of experience, and that are rising leaders in their agencies.

Tom Temin: And can they be, say, in policy development or program analysis or something like that, and they want to get more technical, maybe because that’s a route to distinction these days, it could be someone that wants to upskill themselves to use the current term?

Jackie Speedy: That’s exactly right. So our goal is not to train, you know, technocrats, it’s not a hands on keyboard, where they’re going to be coding in Python. Rather, it’s more for the manager and the decision makers so that as they grow in their careers, they can use existing technology. And they can hire those technicians, if you will, to utilize data effectively in government to bring in some of the strategies that the private sector has been using for quite some time and really try and transform government to make it more effective and efficient with these tools and strategies.

Tom Temin: And it sounds as if it presupposes that artificial intelligence, data management and digital innovation are really of a piece in some ways.

Jackie Speedy: Absolutely. The government probably has maybe I would say, some of the richest treasure troves of data of any organization out there. And so it’s hard to get government to think about data as an asset and how to use it in their program delivery. And so thinking about data management is kind of this foundational piece, what is your data? How can you use it? What’s the lifecycle of that data? And how can you use it to drive decision making that’s fundamental, but then with that comes digital transformation. So then all of a sudden, you start to introduce new ways of using digital tools and new processes. And that can also bring about some risks, some change to work culture. And so our plan with that is to address how these managers can kind of balance the transformation of the culture of these agencies to be more accepting of digital tools and transformation as they move in that direction.

And then the big gorilla in the room is artificial intelligence. And so then how can algorithms be used? And in which situation should it be used to automate some processes within government and thinking about the ethical implications, the risk, the privacy, and all of those that constituents in the public feel really confident in how their data is being used in this way?

Tom Temin: We’re speaking with Jackie Speedy she’s associate dean at Carnegie Mellon University. And tell us about the format of the course. Do people have to go to Pittsburgh for 10 weeks? Or how does it work that sense?

Jackie Speedy: That’s a great question. It’s going to be a six month beginning to end program. It will be synchronously delivered over Zoom. So it’s not an in person program. But it is a cohort model. So we’re bringing in one cohort. Our goal is to build relationships among these participants digitally and then at the midpoint, we’re going to have an in person meet up in Washington, D.C. so they can have a face to face interaction, and then complete the program remotely. One way we’re hoping to spur that cross sector innovation and our cross agency innovation is through project components that are weaved throughout the program in which students will be put onto a team and have an advisor that is actually a government official, or somebody that has government experience advising them throughout the course of that six month program.

Tom Temin:
And how much time per week will students need to get dispensation for from their agencies?

Tom Temin: Right. So it will be online primarily, but with one or possibly more than one in person gathering throughout that six month period?

Tom Temin: Got it. So public interest technology, but don’t say it’s the pits?

Jackie Speedy: Absolutely. So pre-COVID, about three years ago, we were in Washington, and we convened a number of focus groups with government agencies and partners to find out what was missing in the talent pipeline and government and how we could help, you know, to use that term upskill the workforce. As we knew that the Data Driven Act was passed in 2018. And we were hearing that there were some challenges within the current government personnel as to how to use data in a meaningful way. And we thought this was a great opportunity for Carnegie Mellon to come in and play a significant role.

The other thing that really spurred this, too, was when [President Joe] Biden passed the executive order around using human centered design with digital tools and thinking about the constituents. And that’s something else that we play a big role in is kind of who’s using the tool? And how can it more helpful for that person. So through those focus groups, we realize this is our opportunity. And also we talk to our alumni. So we train graduate students in public policy, data analysis, and so our graduates are going into government. And so when we talk to those that have been out for five years, and looking at their career trajectory, we were finding that a lot were going into government and then exiting, there wasn’t a real pathway for them to move up the ranks. And so this also was an opportunity, I think, to create more of this ecosystem. And when we think about education and our mission as a university, with the public sectors, we’re training the graduates and now we want to make sure that the government also has the right opportunities.

Tom Temin: And is there a class size limit? And what’s the deadline for application?

Jackie Speedy: We’re hoping to have our inaugural cohort of about 20. And the deadline is coming up here mid-July slash Aug. 1, let’s say Aug. 1 for a launch in mid-August..

Tom Temin: Jackie Speedy is associate dean at Carnegie Mellon University. Thanks so much for joining me.

Jackie Speedy: Thank you, Tom. It’s been a pleasure. 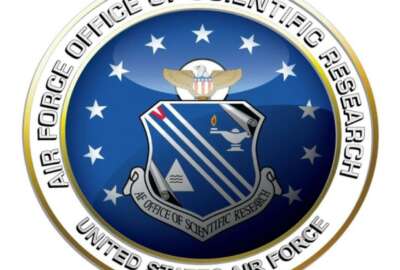