A second federal office in Silicon Valley is officially open for business. The Homeland Security Department announced Sean McAfee, the deputy director of the National Cybersecurity Assessment and Technical Services, will lead the cyber operations division of the new DHS Silicon Valley office.

A second federal office in Silicon Valley is officially open for business. The Homeland Security Department announced Sean McAfee, the deputy director of the National Cybersecurity Assessment and Technical Services, will lead the cyber operations division of the new DHS Silicon Valley office.

“The Silicon Valley Office will pursue relationships with industry, academic, and military partners, federal law enforcement entities, and non-profit organizations in the Silicon Valley,” wrote Phyllis Schneck, the DHS deputy undersecretary for cybersecurity and communications in the National Protection and Programs Directorate, in an email to staff obtained by Federal News Radio. “This is meant to provide broader understanding of DHS roles and responsibilities in cybersecurity, to participate in regional events, and to facilitate dialogue while supporting operational activities between Silicon Valley cybersecurity partners and DHS component organizations.”

DHS Secretary Jeh Johnson announced he was creating the office in 2015 at the RSA Security Conference.

A year later, DHS joined the Defense Department in establishing a presence in the valley.

In February, the Defense Innovation Unit Experimental (DIUx) opened its doors to industry in hopes of addressing the boogeymen of government contracting: intellectual property rights and the government acquisition system.

The DHS cyber operations portion of the office will take on a similar charge. It will work with companies to find innovations that the government can test and scale across all agencies as soon as possible.

“NPPD operational activities in this office will include the sharing of threat information, establishment of technical capability demos for broader stakeholder engagement, continued development of the ‘DHS Hacker-in-Residency’ program, and improving upon the lessons learned from our industry and government partners,” Schneck wrote. “While on detail, the Silicon Valley Office presence for NPPD will report directly to me, and I welcome your feedback as we need your support.”

McAfee started work in the office Feb. 2 and began reaching out to local companies and cyber experts.

“Finally, as we make this first adventure to a new town with our operational capabilities, I ask that you remember this is just that: a first adventure,” Schneck said. “Many other cities offer tremendous innovation and DHS is laser focused on identifying those great opportunities when our timing and funding are right to serve our customers in the best way possible with the resources we have.”

McAfee has worked in various capacities at DHS since 2008, including leading the red team/penetration testing effort. He also was a grants administration specialist at the Department for Health and Human Services. McAfee holds a master’s degree in forensic psychology from Marymount University and a bachelor’s degree in psychology from The Ohio State University.

The IT Alliance for Public Sector recently met with the DHS Silicon Valley office to talk about their focus areas.

“Our impression is DHS seems to be realistic about the challenges they face and they have a practical approach to seeking out these capabilities and attracting them to the public sector,” said Trey Hodgkins, senior vice president for ITAPs.

Along with cyber operations, the DHS Science and Technology Directorate named Melissa Ho to lead its efforts in the valley late in 2015.

Ho started in December and previously spent four years as the chief of staff and business operations manager for the Cybersecurity Division in S&T.

Ho earned a bachelor’s degree from the University of California, San Diego in cognitive science and a master’s degree in systems engineering from The George Washington University.

Dr. Reginald Brothers, the undersecretary for Science and Technology, wrote in a blog post in October that the S&T Silicon Valley office “will cultivate relationships with technology companies from small startups to larger firms, incubators and accelerators, to help them better understand DHS’s operational mission. We’ll also co-invest in promising technologies to accelerate transition to market, demonstrate and pilot near-term technologies, and fund new research and development using forward-leaning acquisition methods, many not new but rarely employed. We’re trying to invest smarter and harness the commercial R&D ecosystem for government applications. This approach will streamline investments leveraging commercial solutions that benefit the public and private sector.”

In February, DHS S&T awarded Pulzze Systems, Inc. a small business based in Santa Clara, California, a $200,000 contract under the Innovation Other Transaction Solicitation (OTS), which is designed to engage non-traditional performers in developing solutions to some of the toughest threats to the security of the homeland. Pulzze will develop advanced detection capabilities and security monitoring of networked systems, otherwise known as the Internet of Things. 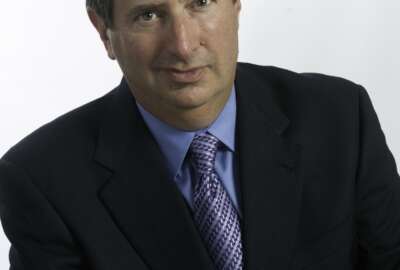