Category management sinking in, but unclear how deep

The Office of Federal Procurement Policy — over the last two years — has insisted that category management will change the way the government buys goods and services.

And that message has been heard. But it’s unclear how closely chief acquisition officers and senior procurement executives are listening.

A new exclusive survey of federal CAOs and SPEs by Federal News Radio found respondents ranked category management and taking advantage of the tools that come with the initiative as one of their top priorities for 2016.

“The required cultural shift is enormous, and will require a very strong and continuous push from the next administration,” wrote one respondent. Another said, “The greatest potential is in the demand management arena. To the extent that we are able to communicate across agencies, share best practices, lessons learned, and experiences, we can drive real improvement.

A majority of the CAOs and SPEs who responded also haven’t taken advantage of the tools offered through category management, such as those found in the Acquisition Hallways run by the General Services Administration. But at the same time, 52 percent of the respondents said category management will reduce the number of duplicative multiple award contracts across government. 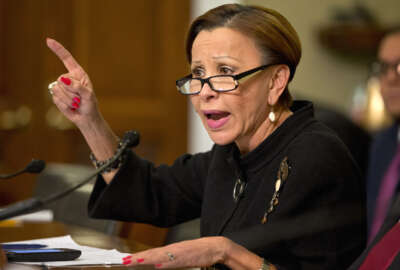