A bill that would require the Defense Department to use marketplaces like Amazon to buy commercial goods is getting generally positive reviews, meanwhile other parts of the bill are still being analyzed by lawmakers, experts and defense officials.

Thornberry’s bill tries to encourage DoD to buy commercial off the...

A bill that would require the Defense Department to use marketplaces like Amazon to buy commercial goods is getting generally positive reviews, meanwhile other parts of the bill are still being analyzed by lawmakers, experts and defense officials.

Thornberry’s bill tries to encourage DoD to buy commercial off the shelf products through e-commerce marketplaces. Think something like Amazon, where the marketplace aggregates products from multiple vendors.

House Armed Services Committee Ranking Member Adam Smith (D-Wash.) supports the overall goal, though he mentioned there were some areas where he’d like further dialogue, in a May 18 statement.

“The need for continued improvements in acquisition is clear, and I appreciate the Chairman’s efforts on acquisition reform. The details here are important though. This is a discussion draft, and while I support some of the proposals it puts forward, I have concerns about others. I look forward to continuing to work with him on these important issues,” Smith said.

While Smith didn’t explicitly point out an issue with the commercial items provision as a sticking point, others in the defense realm think the provision might need to be fleshed out a little more.

Waldron went on to say “Such a monopoly could disrupt the negotiating position of vendors selling through the e-marketplace with no clear value being returned to DoD. Before waiving foundation elements of the procurement system, like the full and open competition requirements of the Competition in Contracting Act, we believe that a suitable analog to competition should be established to assure that DoD benefits from the powerful and clarifying forces of the marketplace.”

A House Armed Services Committee staffer felt competition was built into the nature of the provision.

“Because we are tapping into an existing commercial marketplace we can leverage all the features of this mini free market. Inherent in this commercial marketplace is market research … also competition is built in. It’s its own mini free market, so prices are reasonable,” a House Armed Services Committee aide said during a May 17 meeting with reporters. “The market is clear. The prices are the appropriate, best, most reasonable price for the item,.”

Thornberry open to changing his bill

“The purpose of introducing it today is to allow industry to respond. My reform team really has been working on this since last year… I just want to put it out there and invite comment too,” Thornberry said in a May 18 meeting with reporters. “This is a discussion draft, I did not go around asking people, anyone to cosign.”

Other organizations are throwing their full support behind the commercial items provision.

“Thornberry’s new bill will help streamline and modernize this system, allowing the Pentagon to access cheaper materials more quickly and empowering officials to make smarter, data-driven decisions in real time,” Dan Caldwell, policy director for Concerned Veterans of America, said. “The Department of Defense is charged with keeping us safe and they should not be weighed down by needlessly bureaucratic red tape. If implemented properly, this measure will drive down costs and strengthen our national security – which everyone should be in favor of.”

The IT Alliance for Public Sector also expressed support for the provision.

Thornberry’s “proposals around building an online marketplace for commercial items, enhancing the acquisition workforce, and streamlining the process come at a time when we are working with lawmakers, on multiple fronts, to pass reforms that will help the government modernize its aging and vulnerable computer systems,” said Trey Hodgkins ITAPS senior vice president for the public sector.

One concern circling around is what will happen to the resources DoD put into government marketplaces like EMALL and FEDMALL.

The detractors say the vendors who have invested heavily in the federal market with systems and processes to track and sell commercial items may not like the opening up of the regulations, one source told Federal News Radio.

Waldron said he is concerned about the fate of government marketplaces as well.

“The committee draft appears to stop short of addressing how to provide a level playing field to the government’s own existing e-commerce platforms, FEDMALL and the GSA Schedules, which are a source of significant business activity, especially for small businesses.  Freeing these platforms of certain statutory requirements could be just as transformative to the procurement process and might provide healthy competition to the new provider in this space, sparking downward pressure on prices and innovation in delivery and customer service,” he said. 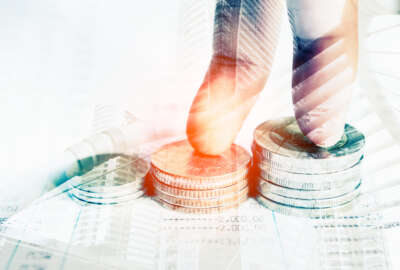