The National Park Service celebrates its centennial this year with a record-breaking level of visitors and an expansion that includes nine new monuments.

For its director, however, the 100-year milestone represents a defining  moment for how best to market parks like Yellowstone and Yosemite to future generations.

“Without the least bit of modesty, our centennial goal has been to create the next generation of visitors for our national parks and our public lands,” NPS Director Jonathan Jarvis told the National Press Club on Monday. 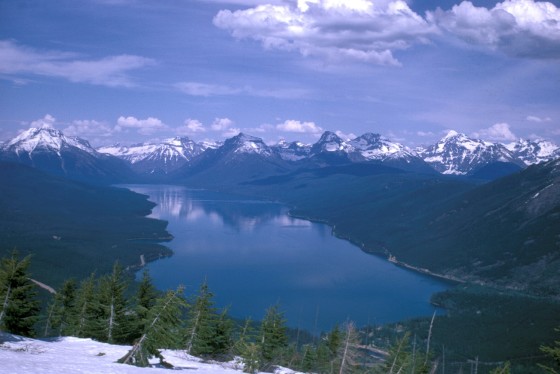 NPS, Jarvis quipped, does all of this with an annual operating budget of $3 billion, a rough approximation to the city budget of Austin, Texas.

“I think there is an upside to the visitation side, and it also is inviting a generation that perhaps didn’t know about these places. Our goal is not to just raise the numbers, but to increase the diversity of that visitation as well,” the director said.

Jarvis oversees the Park Service amid growing concerns over its partnerships with private and commercial interests.

The Government Accountability Office reported that in January 2015, the National Park Service temporarily waived some advertising regulations in order “to help with centennial fundraising efforts.” For example, NPS allowed car manufacturer Subaru to place its logo on agency vehicles.

The National Park Service has also signed a deal with Anheuser-Busch deal to give product placement to Budweiser as part of the Park Service’s centennial media campaign.

Despite the trend toward greater public-private partnership, the Park Service still faces a maintenance backlog projected to cost more than $12 billion.

“About half of our backlog is in what I would call the transportation side — so that is the roads and bridges piece. That is not an easy thing to raise money philanthropic money for. That’s something that is the responsibility of appropriators,” Jarvis said.

The Park Service does receive significant funding from the five-year transportation bill passed by Congress in December 2015, which goes toward maintaining “high priority” bridges and roads.

“We’ve always defined in the sand a bright line between what philanthropic support is, whether it’s corporate, or individual or foundation, and what is a responsibility of the federal taxpayer, of the U.S. appropriations process. And we feel that the basic operation of a national park is a responsibility of appropriators. Philanthropy gives us that sort of margin of excellence on top of that.”

The remaining half of the backlog, Jarvis said, addresses “high-priority assets” like the Lincoln Memorial in Washington, D.C.

“In some cases, those we can raise philanthropic dollars for,” Jarvis said.

“Throughout my 40 years, we’ve had long-term relationships with corporate America without selling out — without renaming, or ‘this park brought to you by …’ . We just don’t do that,” Jarvis said. “I think you should trust us that we are protecting these assets from branding and labeling. It is not the direction we are heading. What we’re trying to do is sort of modernize our philanthropic capability, but for the [National Park] Service, the National Park Foundation and all of the friends and groups that raise money for us.”

At the same time, Jarvis said he’s resisted raising fees in an effort to keep the national park system affordable for everyone. NPS collects nearly $220 million a year in user fees annually.

“We would never be able to run the national parks on our fee program, first of all. We never want our fees to be high, that they exclude some component of the American public. The parks are for everyone, not just for the rich or the elite,” Jarvis said.

In 2009, Jarvis placed a moratorium on fee increases, which lasted until 2015.

“In 2015, I allowed the national parks across the system to consider and to go into public comment period for fee increases, and we did allow some to increase, but we’ll probably hold it there for a while,” Jarvis said. “As you do implement a fee program, you get pushback from the public. It’s still a great deal, but I am not planning on raising them again anytime soon.”

Rep. Raul Grijalva (D-Ariz.) introduced a bill in September 2015 to allow greater funding to signature Park Service projects, in recognition of the centennial celebration. The bill has yet to leave committee.

Coast Guard tests use of tablets for marine inspections