Federal programs that wind up on the Government Accountability Office’s biennial High-Risk List tend to stay there for years and years. But GAO Comptroller Gene Dodaro told the Federal Drive with Tom Temin that the agency’s seen significant progress in getting troubled projects off the list.

Of the 34 programs on the High-Risk List, two-thirds have met or partially met all five of the criteria needed to be removed from the list. Programs looking to lose their at-risk designation must show that they have:

In its 2017 report, GAO removed terrorism-related information sharing from the High-Risk List. Dodaro said several key agencies, including the departments of Homeland Security, Defense and State, and the Office of the Director of National Intelligence, have made improvements, but added that making it off the list isn’t the goal — it’s staying off the list.

“We felt it was important to take it off the list at this point, but once it’s off the list, it’s not necessarily out of sight, and so we keep an eye on these issues,” he said.

Part of the solution, Dodaro said, is ensuring that agencies hire new employees with in-demand cybersecurity skill sets.  DHS has been leading the charge on that front, having hosted a number of tech-and-cyber career fairs that have led to on-the-spot job offers for promising candidates.

“People’s definitely a component. Many of the areas on the list are also on there because there are critical skill gaps, cyber security being a good example,” Dodaro said.

The state of the U.S. Postal Service’s finances has been considered at-risk on GAO’s list for a number of years, but things may be looking up. USPS has shown progress in all of GAO’s criteria, and momentum has been building on a postal reform bill that would address how it funds retiree health benefits. But Dodaro said USPS needs to modernize its business model to reflect declining mail volume and a growing e-commerce industry.

“The Postal Service is taking some action to control costs, but the concern we have is they really don’t have any other major cost-cutting efforts in the offing, which they really need,” he said. “The business model is just not viable with electronic commerce these days, so there needs to be an alignment of revenues and expenditures.”

Another citizen-facing program, the 2020 Census, made it onto this year’s at-risk list due to cost overruns.  The 2010 Census, for example, cost the government $12.3 billion, a 31 percent increase in the cost of the 2000 Census. The problem, Dodaro said, is a decrease in the mail-in response rate, which requires the Census Bureau to send enumerators into neighborhoods. 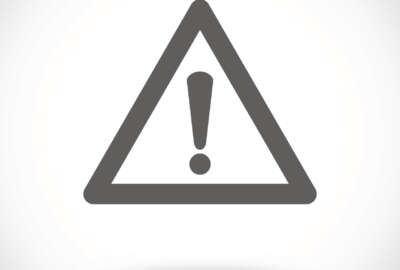