Despite hiring freeze, agencies made progress in FOIA backlog in FY 17

Facing an unprecedented volume of Freedom of Information Act requests last year, agencies processed more than they received and made a dent in the overall FOIA backlog.

The Justice Department’s Office of Information Policy reported Thursday that FOIA offices reduced the government’s backlog of unfulfilled requests by 3.2 percent in fiscal 2017.

The government’s 400-plus FOIA offices, spread out across 116 agencies, received a record 800,000 FOIA requests last year, and also reduced their response times for simple FOIA requests.

Altogether, agencies collectively processed more than 823,000 FOIA requests last year — the most they’ve completed in any given year. It also represented a 8.3 percent increase in processed FOIA requests than they did in 2016, even with a governmentwide hiring freeze at the beginning of the Trump administration.

“The general sense is that staffing is improving, and that FOIA, along with everything that was hurt by the hiring freeze, is getting better,” Nate Jones,  the director of the Freedom of Information Act Project for the National Security Archive, told Federal News Radio. “But that’s only part of the way to really fix FOIA. In addition to staffing, there need to be further improvements in using technology.”

In order to eliminate the FOIA backlog, or at least significantly reduce it, Jones said agency FOIA offices need to streamline their email searches, reducing the number of FOIA officers reviewing each document before releasing it.

“If you look at how big the backlog is, we really need to get 10 percent cuts to the backlog a year,” Jones said of a goal the Obama administration set for agencies that has yet to be met. “I’m glad to see that there’s some reduction, but not enough to eliminate it, which is what actually has to be done.”

The Associated Press reported earlier this year that out of the more than 800,000 FOIA requests filed in 2017, 78 percent of the responses contained censored documents or were answered with nothing.

Last month, an article published by the American Foreign Service Association claimed the FOIA reassigned were “widely perceived as an exercise to drive people out by displacing them to tasks incommensurate with their diplomatic skills and experience.”

“I was a little disheartened to see that Department of State viewed the FOIA, which serves an essential government purpose of informing the government, so lowly,” Jones said. “I think rotating some of this great talent into FOIA programs probably temporarily would actually be a good idea.”

“With more than 100 agencies subject to the FOIA, this summary is designed to be a ready resource for both agencies and the public, to gain an understanding of overall FOIA administration,” she said in a statement. 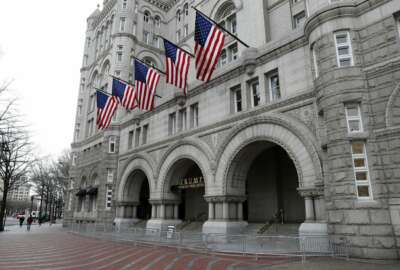 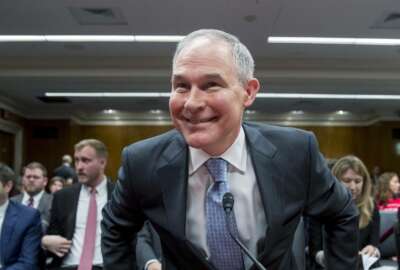