“From what I have heard from members of the EPA who are still there, the idea the best thing is to keep your head down,” Christine...

“From what I have heard from members of the EPA who are still there, the idea the best thing is to keep your head down,” Christine Todd Whitman, former EPA administrator under the George W. Bush administration, told members of the Subcommittee on Oversight and Investigations on Tuesday. “If you have something that you believe is contrary to where you think the administration wants to see, then you have to be very careful about how you come forward with it.”

While Congress has rebuffed the Trump administration’s efforts to cut its budget by as much as a third over the past three years, Gina McCarthy, former EPA administrator under the Obama administrator, said office personnel shakeups have taken a toll on morale.

Last year, as part of a proposed reorganization, the EPA sought to merge the Office of Research and Development’s Office of the Science Adviser with the Office of Science Policy, a move that the Union of Concerned Scientists and the American Federation of Government Employees said would move the science adviser position further down the chain of command.

“While efforts to defund ORD research have been unsuccessful, scientists at management levels across the agency, including ORD, have been transferred to new offices and given new assignments that are at times far afield of their current responsibilities,” McCarthy wrote in her testimony.

Subcommittee chairwoman Diana DeGette (D-Colo.) noted that in the first 18 months of the Trump administration, the EPA saw a net reduction of more than 1,600 career employees, reducing the agency to its lowest staffing level in decades.

“Now is the time for a strong and renewed EPA that will protect American communities from the many environmental threats of our time,” DeGette said.

At a meeting of the Science Advisory Board last week, EPA Administrator Andrew Wheeler told members that he would set out “a new direction” for how the EPA would interact with members of the board.

“I will be the first to admit we have not utilized you the way that we should. We can and we will do better,” Wheeler said.

However, former EPA administrators have expressed skepticism in the makeup of the board.

Academic scientists, McCarthy explained, cannot sit on the board or expert panels if they have received grant funding from the agency, but EPA hasn’t been “applying the same standard” to industry scientists to vet for any conflict of interest. 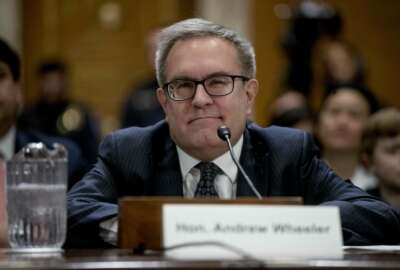 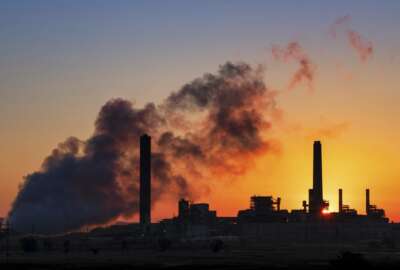 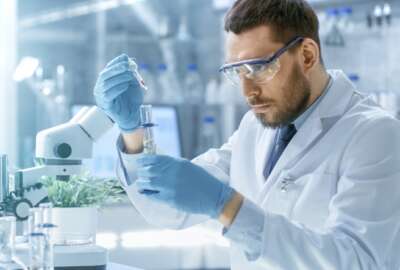 “We’re throwing out the rules of the road that have given stability, that have taught industry that they can rely on how we implement and enforce,” McCarthy said, noting that the EPA issued the lowest number of civic penalties last year in the past 20 years.

Whitman expressed concern that input from the agency’s scientists had taken a backseat to comments the agency received from the industries it regulates.

Lee Thomas, EPA administrator under the Reagan administration, said the agency’s current leadership should ensure that input from its scientists and outside contributors are heard in regulatory decision-making.

“Morale basically flows from, does the staff understand that there is an overall commitment or are you working with the staff to provide them with the tools and the resources they need to do their job? And do they, in fact, feel like this is an open and transparent agency and our decisions will be supported by the public because the public had sufficient input into us making those decisions,” Thomas said.

William Reilly, EPA administrator under the George H.W. Bush administration, said he relied on the Science Advisory Board to rank the agency’s top priorities based on impact to public health. One of the board’s recommendations, Reilly recalled, urged EPA to focus on indoor air quality.

Only a year after the EPA declared cigarette smoke a class-one carcinogen, more than 500 communities in the U.S. passed laws forbidding smoking indoors. Reilly said the EPA didn’t have the authority to regulate indoor air quality, but its advisory had the desired effect.

“That is a measure of the degree to which the people of the United States trusted EPA and trusted the science. That is a vital jewel of our system. it is a characteristic of the EPA historically. It is at risk,” Reilly said.

Congress, he noted, may have avoided severe budget cuts proposed by the administration, but the EPA’s flat budgets still have put a strain on its resources.

“It’s significantly below, in inflation-adjusted terms, where it was in my time but it’s sure a lot better than what the administration proposed,” Reilly said.

Committee Ranking Member Greg Walden (R-Ore.) noted the EPA, under nearly all administrations, has “regularly missed” deadlines under the 1990 Clean Air Act, which requires the agency to review its standards for air pollutants every five years.

EPA, he noted, has not reviewed its carbon monoxide standard in eight years and nitrogen dioxide in nine years.

“If the agency has the staffing that it needs, if it has the scientists needs, it should be held at that standard and move as quickly as it can,” Whitman said.

“The deadlines that are missed by EPA are missed because this Congress doesn’t appropriate enough money or makes too many unreasonable demands,” Reilly said, citing the number of annual reports it must submit to Congress.