Faced with the threat of running out of cash within the next few years, the Postal Service expects to deliver its plan for a long-term business model to Congress later this summer.

As part of this upcoming business plan, postal watchdogs have urged the USPS to take a closer look at its universal service obligation, a minimum...

Faced with the threat of running out of cash within the next few years, the Postal Service expects to deliver its plan for a long-term business model to Congress later this summer.

As part of this upcoming business plan, postal watchdogs have urged the USPS to take a closer look at its universal service obligation, a minimum level of service it provides to every address in the country.

Robert Taub, chairman of the Postal Regulatory Commission, in a keynote address Thursday at the PostalVision2020 conference,  stressed that redefining the universal service obligation is the “single most important thing we can do for the Postal Service.”

“Without greater mission clarity, our Postal Service will be set up for frustration, and even risk of failure,” Taub said.

As it stands, the USO leaves much to the imagination. Congress has mandated that USPS make deliveries six days a week in every annual spending bill package since 1982.

“It is quite possible that society may value more services than the Postal Service can actually fund. If this happens, policymakers will need to determine if the needs are great enough to justify alternative funding,” Jennifer Bradley, an economist specialist at USPS Office of Inspector General said, adding that the United Kingdom subsidizes its postal service to keep rural post offices open.

Paul Steidler, a senior fellow with the Lexington Institute, said a focus on reshaping the USO would likely result in a “much smaller Postal Service,” but said it would right-size the agency in order to meet its business needs.

“The Postal Service is already enormous. It would be the Fortune 40 company in the United States. If it’s a Fortune 200, or a Fortune 300 company, it’s still quite large, and other companies in the US have consistently downsized to be more focused on their mission,” Steidler said.

But as part of the effort to advance postal reform legislation in Congress, Taub said lawmakers should take a closer look at what the public expects from USPS, and how best to fund it.

“In the absence of a clear definition of its governmental mission of universal services, particularly given the postal service’s current financial challenges. Each of us may have a different view of what the Postal Service must provide, and its services and operations to fulfill the USO. And since there is no specific agreed upon definition, all of our views will have a different price tag,” Taub said.

The Postal Service currently receives no annual funding from Congress.

PRC has the authority to review and approve products the Postal Service wants to introduce or eliminate from its business. If USPS were to propose any changes to its list of products, Taub said look at factors such as the impact on private-sector businesses, especially small businesses.

Sen. Bernie Sanders (I-Vt.) and Rep. Alexandria Ocasio-Cortez (D-N.Y.) have supported legislation that would permit post offices to allow banking services. Taub said he remains “agnostic” on postal reform legislation, but cautioned lawmakers on expanding the scope of USPS’s business without looking at the bigger picture.

“What I am deeply concerned by, however, is that there’s absolutely no cost-benefit analysis that goes on when folks want to step back into the role of the board of directors, despite having created one in 1970, and expand the postal service’s work, or conversely, put limits and restrictions and mandates on their operation,” Taub said. “Surely, there’s a limit to what the postal service can afford and remain self-sustaining.”

Lori Rectanus, director of the Government Accountability Office’s physical infrastructure team, said conversations about the future of USPS closely resemble those of public transit services at Amtrak and WMATA, neither of which rely on user fees alone.

“We see costs going up, we see alternatives coming in that affect what these businesses can do. And so the government is recognizing, we need to kind of support that. I don’t have anybody coming to me saying ‘OK, let’s decrease Amtrak service, let’s decrease WMATA,” Rectanus said. 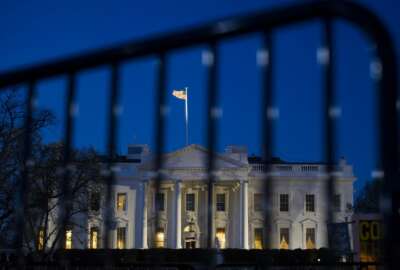