Millions of Americans are about to receive their Census Bureau mailings with instructions on how to go online with their household information. But the 2020 decennial count started in January, and at that point basically on time. With the bulk of the effort still to come, the count remains on the high risk list of the Government...

Millions of Americans are about to receive their Census Bureau mailings with instructions on how to go online with their household information. But the 2020 decennial count started in January, and at that point basically on time. With the bulk of the effort still to come, the count remains on the high risk list of the Government Accountability Office. For the latest assessment, the managing director of the GAO’s strategic issues team, Chris Mihm, joined Federal Drive with Tom Temin.

Tom Temin: Chris good to have you back.

Chris Mihm: It’s a pleasure to be with you Tom.

Tom Temin: Now we’ll set aside the coronavirus situation for the moment. In looking at Census, having started in January, the big rollout happening almost as we speak. What’s your assessment of their on-timenous and the risk to the program as it stood before a couple weeks ago?

Chris Mihm: Yeah, that’s obviously the huge kind of thumb on the scale is up until a couple of weeks ago, the early operations had run reasonably well. They had constructed, they had a big address list development effort last fall that went on time on schedule on budget, which was good for them. Their hiring numbers or rather the recruitment numbers after having some problems through the fall have turned around. And there were looking good in terms of applicants that they have the number of partnership that they wanted to establish that are so vital to be on the ground to convince people in their communities about the importance of participating in the Census. Those had actually hit their targets. So operationally they were going into a pretty good space. We had some concerns on the IT level,that are not fully resolved. But they’re looking actually okay on that. But again, the big asterisk on the scale of that now is the coronavirus.

Tom Temin: Yeah, sure. It sounds like until now they were almost like a complicated Broadway play. The last technical rehearsal you say to yourself, this is never gonna come off. But somehow, when the curtain opens, it manages to come together.

Chris Mihm: Yes, challenge that the bureau has is that the census is obviously a national undertaking, but it’s implemented locally around the country. And so looking at the overall number of partnerships, the 300,000 that they got is good and important, and looking at the over the two million applicants that they got is is good and important. What really is important is what happens down at each local level because having a real good partnership event or partnership network in one part of the country or targeted on one community doesn’t necessarily help with another. Likewise, with recruiting numbers, you can have just blow through your targets and do really, really well in one part of the country. That doesn’t help you in parts where you’re lagging. And so the key now going forward is to really get very, very local in the examinations that are taking place and seeing how is the Census being conducted locally. What did the response rates and therefore, what’s the hiring that’s taking place and therefore that do they have enough people in each of the local communities to execute on the Census.

Tom Temin: Right, you could have basically enough people to cover New York City five times, but if you don’t have them in rural Mississippi, then you’re still not where you need to be, in other words.

Chris Mihm: Absolutely. In fact, you know one of the things they found when they did their address canvassing back in the fall and winter is that when they did have hiring shortages, they were able to move people around into other parts of the country. That works reasonably well for a small operation. Small being only in air quotes 50 million households that they were trying to to get on the address list. It works much less well or much less available as a strategy where you enumerating in the entire country at the same time.

Tom Temin: March brings on this coronavirus really crisis. It’s a very real one. And let’s talk about the enumerators, assuming they can get the people hired where they need them. How can they now go door to door and knock on doors and chat with people?

Chris Mihm: Yeah, there’s a couple of issues there, right? The first is just getting people to be willing now to take the work of the Bureau has has always found that there is a huge drop off from their recruitment list or people that actually apply to those that that go through the background checks, the training, the first couple days of enumeration and actually stick with it. That happens just naturally, you know, people have you other options. They find out that, you know, this isn’t really what I wanted. Every expectation is that they’ll probably be more of a drop off this time just because of the of the virus obviously, and there are  concerns about are we going to be able to hire the people and then there are concerns about whether or not people will open the doors when the people come and knock. And not even more broadly, is that one of the areas that the bureau has traditionally found the hardest to numerate the gated communities or the doorman that won’t let it into a high rise apartment. Now there’s a lot of senior centers my parents are, you know, living one that’s on a virtual knockdown, that you just can’t get into unless you’re a medical professional. And they’ve had no viruses. They just want to make sure that nobody comes in and brings it in there. Doing that enumeration will be will be difficult in that case. What this all means is that how vitally important it is for each one of us to go online, fill out our census form online, which is a new innovation for this time, or to answer, if you’re not one of the people that does it online, do it through the mail. We need to keep that non-response workload, which is where they send out the enumerator, is as small and as manageable as possible, because that’s gonna be the key to success going forward.

Tom Temin: Plus, they have community meetings with different groups that they enlist. The Census Bureau enlists to help spread the word among different ethnic groups, for example. And with so many governors almost by the hour, saying you can’t have meetings with more than 25 or 50 people, and so that seems like that kind of outreach amplification effort could really get curtailed.

Chris Mihm: Absolutely Tom. And these partnership efforts, as mentioned a moment ago, are absolutely vital to the Census Bureau. These are the trusted local voices that can tell people in their communities this is the right thing to do. Your responses are confidential. We need that. You know you need to participate in the census because it it helps our community get recognized. It helps our community get the political representation that we deserve, the federal funds over the next decade. These trusted local voices aren’t able to have these community events and aren’t able to get together at everything from kids soccer games to religious events and talk about the Census and its importance. You lose a new ability to convince people that they should be participating.

Tom Temin: And at this point, have you had interest at GAO from members of Congress concerned about the Census Bureau about the whole schedule and the possibility of maybe stretching it out somewhat?

Chris Mihm: Very much. I know certainly the people that we’ve been working within the Hill on the  oversight committees for the Census, as well as the appropriations committees are very concerned about the schedule. Very concerned about how the Census Bureau is going to be able to deliver the population counts by the required deadline at the end of December. The enormous challenge of the Census is that we do this once every 10 years. There is some flexibility in the schedule, but you know, fundamentally, we’re locked in, as we should be, because this is the numbers that go to drive apportionment, drive redistricting. So there’s not too much wiggle room that the Census Bureau has in the schedule.

Tom Temin: We’ve seen a lot of misinformation surrounding coronavirus being spread by social media, for whatever reason, it’s hard to understand people’s motivations, sometimes. Census Bureau, you think is that a potential issue for them is false information just at this crucial time in the count?

Chris Mihm: It’s very much, and it’s something that we’ve reported on quite a bit in the past. And certainly the bureau is very concerned about this. The public perception of the bureau’s ability to safeguard privacy and confidentiality of the internet self responses and other information that it gives could be easily undermined by disinformation and misinformation campaigns spent through the traditional media or social media. They have certainly been reaching out to a lot of the large social media platforms to have discussions with them. They also have a part of their that they the Census Bureau’s communication and outreach strategy. Part of that entails dealing with disinformation campaigns. This gets back to why it is so important and a concern that the partnership effort will be undermined by the virus, because it was something that they were looking for the partners to communicate on their behalf as well.

Tom Temin: Well, the situation, I guess, is fluid and changing daily. Chris Mihm is managing director of Strategic Issues Team at the Government Accountability Office. Thanks so much for joining me. 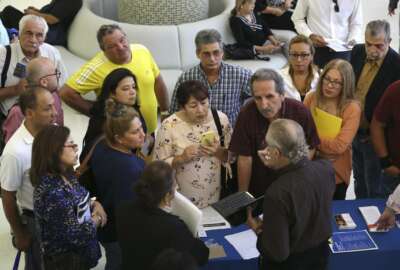 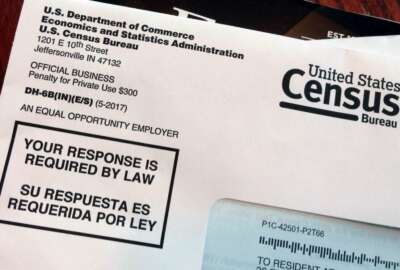 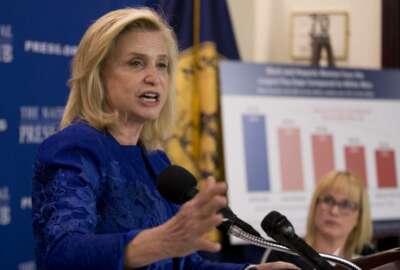