The Postal Service in April predicted a severe drop in revenue from the coronavirus would leave the agency without enough cash to operate by the end of the year.

That dire prediction, along with a request from USPS for $75 billion to offset its losses, led top Democrats to push for emergency funding in several coronavirus spending bills.

While congressional funding for the Postal Service has yet to make it in the final draft of...

The Postal Service in April predicted a severe drop in revenue from the coronavirus would leave the agency without enough cash to operate by the end of the year.

That dire prediction, along with a request from USPS for $75 billion to offset its losses, led top Democrats to push for emergency funding in several coronavirus spending bills.

While congressional funding for the Postal Service has yet to make it in the final draft of a coronavirus spending bill that has passed, a surge in package revenue in April has led to the top Republicans in the House and Senate oversight committees to ask USPS to reassess their projections.

USPS leadership has warned that the surge in packages won’t offset losses in mail revenue, and won’t last long as stores begin to reopen across the country.

Former Deputy Postmaster General Ron Stroman told the committees in April that USPS expected to see a $13 billion loss in revenue this year tied directly to the pandemic.

“Although we appreciate the complexity of forecasting the economic impact of this unprecedented Fcrisis, we are concerned that the fiscal reality has rendered the projection of $13 billion in losses unrealistic,” the lawmakers wrote in a letter to Postmaster General Megan Brennan, who will retire on Friday. “USPS revenues were down initially, but they have since recovered dramatically due to an increase in package volume that is apparently rivaling volumes leading up to Christmas.”

USPS saw a 38% increase in package revenue in April, but an 8% decrease in first-class mail revenue, its most profitable product. All told, the agency saw a $1.2 billion net loss in April, compared to a $338 million loss for the same period last year.

Meanwhile, the lawmakers said the Postal Service now has $13.2 billion in cash, compared to about $9 billion at the beginning of the pandemic.

USPS borrowed more than $3 billion from the Treasury Department through short-term notes in early April, but lawmakers said that it still means the agency improved its cash outlook by at least $600 million.

However, Democratic lawmakers continue to raise concerns about the Postal Service’s financial status during the pandemic.

Rep. Emanuel Cleaver (D-Mo.) meanwhile, raised concerns about plans to privatize the Postal Service that the Trump administration raised in 2018, but has since abandoned.

“I guarantee you that if the USPS is privatized, rural America will be traumatized,” he said.

Jim Sauber, the chief of staff for the National Association of Letter Carriers, said USPS has shown some of the fastest hiring growth in an otherwise tough job market.

“The Postal Service is doing a tremendous amount of hiring right now, not because there’s more demand, but because so many of our members have been sick or have been in quarantine because they’ve been exposed to the virus,” Sauber said.

Amid the pandemic and with hurricane season beginning on the east coast, Sauber said the Postal Service remains a reassuring constant in an otherwise uncertain world.

“We know what it means to people when the letter carrier starts showing up,” he said. “It means it’s a sign of normalcy, that life is getting back to normal and that there are certain things they can count on in life, and the Postal Service is one of them.”

Aside from its normal workload, the Postal Service has also delivered forms inviting households to participate in the 2020 Census. Later this fall, it will also see a surge in absentee ballots as states consider broadening vote-by-mail.

While some officials have raised concerns about election security, John McHugh, the chairman of the Package Coalition, which represents e-commerce retail companies, said putting the Postal Service, the most trusted federal agency, out in front of this effort would lend it credibility.

“How better to do that than through official representatives of the government, bringing the ballots and taking them back?” McHugh said. 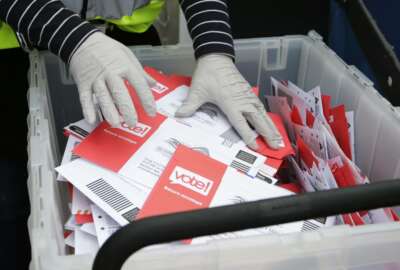 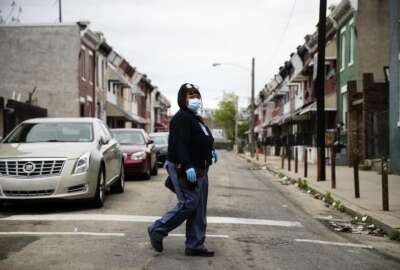