Undercover money laundering operations at the Drug Enforcement Administration have generated some big wins against illegal drugs. They’ve also generated income for the agency itself. And the Justice Department inspector has found they generate significant risk that needs a lot more oversight. IG Michael Horowitz joined Federal Drive with Tom Temin for details.

Undercover money laundering operations at the Drug Enforcement Administration have generated some big wins against illegal drugs. They’ve also generated income for the agency itself. And the Justice Department inspector has found they generate significant risk that needs a lot more oversight. IG Michael Horowitz joined Federal Drive with Tom Temin for details.

Tom Temin: Mr. Horowitz, good to have you back.

Michael Horowitz: Hey, great to be back, Tom.

Tom Temin: First of all, frame the issue for us. You were looking at a program at the DEA that’s central to its activities to stop illegal drug trade. How does this work? And especially how does it generate income for the agency?

Michael Horowitz: You’re right, Tom. It is one of the tools that the DEA uses to disrupt drug trafficking, and this part of their disruption effort isn’t focused on the drugs themselves and interdicting drugs, using drugs, but rather looking at the profits from drug sales. And as you might expect, drug organizations, when they generate income, funds, money, they need to figure out how to move the money in transactions. They can’t walk into the bank and say, “Here we’ve got drug money. Can we make a deposit?” They need to figure out ways to move the money through what would appear to be legal means, so that banks and others don’t stop them from doing it. And so one of the things the DEA tries to do is get in the middle of those drug transactions using undercover techniques so that they can both potentially seize the money, stop the transactions and potentially gather intelligence information that will lead them to the drug traffickers themselves so they can disrupt the drug trafficking organizations.

Tom Temin: Got it. And by the way, why are these called attorney general-exempt operations? AGEOs. What does that term exactly mean?

Michael Horowitz: So the critical part of this is that if DEA wasn’t authorized to do this, their involvement in the transactions would, of course, be illegal, because the transactions themselves are illegal. You or I can’t do these kinds of things. Right? So, Congress back in 1985, passed a law that gave the attorney general the ability to authorize the DEA to engage in what would otherwise be any illegal activity. And that’s how it gets the name, attorney general-exempt activities.

Tom Temin: And with respect to the risks, I guess, well, they’re kind of obvious. But what are the major risks? It sounds like corruption could come into the agency or theft of funds. There’s a lot of things that one can imagine.

Michael Horowitz: There are a number of things, right? These are, again, DEA being authorized to conduct what would otherwise be illegal activities, getting approval to do that, and there are 10s of millions of dollars involved here in these transactions. And so you have significant risk if you don’t have strong controls in place, because you’re dealing with dirty money, corrupt money, illegal money, you’ve got risks, because of the fact that the attorney general needs to have and the department needs to have control over how many, what kind and how long are these otherwise illegal activities allowed to occur? And then on the income-generating side, operated or conducted pursuant to plan, the DEA does disrupt and does, as a result, seize funds and generate income to the program. The law allows the DEA to support these activities, pay expenses and other things out of these funds. So this is now using funds that are not appropriated through the regular congressional appropriation process. And so it’s important that there be a watchful eye over these monies so that they’re used consistent with the law and what Congress has authorized DEA, through the attorney general, to do with the money.

Tom Temin: We’re speaking with Michael Horowitz, he’s inspector general of the Justice Department, and you found significant holes, I guess, not so much in the operation of these activities, but in the oversight of them. And this extended up to DEA management and to some degree, Department of Justice, tell us the top-line findings.

Michael Horowitz: So there were several issues, as you’ve indicated. Perhaps first and foremost is we learned that DEA was not appropriately informing the attorney general and Congress of all of their attorney general-exempted operations as the law required. Obviously, that’s the baseline, right, of complying with the statute. In addition, we learned the DEA’s policies were not consistent with attorney general guidelines and other departmentwide policies in all respects. And so that was of concern to us. We also found that as we looked at operations, that many of them lasted longer than it appeared were consistent with the plans initially presented, and that they were expanded beyond the operations that were initially planned without clear evidence that there was documentation about that or that there was controls in place and a review in place to ensure that the expansion and broader use and longer use of those approved operations was consistent with the original goal of the operations.

Tom Temin: And the internal oversight of these are the channels proper so that you don’t have people that could be in on it, also overseeing it. That is to say, within the DEA is the oversight, or they should be oversight, of these types of operations, independent of, say, the authorization of them?

Michael Horowitz: That’s correct. You want to have strong controls in place within DEA. But also the attorney general guidelines make clear that there is a role for the department itself in approving these. Again, that’s why you have notifications and approvals in place that are required both by statute and department policy. So you want to make sure that there’s a watchful eye not only over the operations themselves, the authorization and the ongoing nature of the operations, but then as we talked about, what happens to the money and how is it used? And we found issues also with regard to the oversight of the use of the funds as well.

Tom Temin: Well, yeah, so a lot of issues there. And was there evidence that money had gone missing? Of all these risks, did any of them become realized?

Michael Horowitz: We did not find evidence that money had gone missing. We found that they were tracking the money. That was important. But we also found evidence that they were spending the money on expenses that were not, in our view, clearly covered by the expenses that would otherwise be allowed under the statute, under department policy. So they were not rigorously patrolling the use of the money for operations related to the exempted activities, but were using it for some other, in our view, non-exempt, non-covered expenses.

Tom Temin: Well, then, that led to a lot of recommendations. What would you say were the most significant ones? I think there were 19 of them, if I recall.

Michael Horowitz: Yes. So we made 19 to DEA and the department. They’ve agreed with all of them, and perhaps some of the more significant ones are, first and foremost, obviously putting in place procedures that ensure that operations are approved consistent with the law and statute, both notification going to the AG, notification going to Congress as the law requires, ensuring that DEA’s policies are consistent with departmentwide policies. And on an operational level, what we recommended is that the DEA develop and execute a plan that ensures it’s strategically exploiting its investigative information and the information it’s learning, that it’s start tracking investigative and legal outcomes to ensure that its operations are performing consistent both with what’s authorized and generating outcomes that are advancing the DEA’s law enforcement needs and the reasons why it has started these programs to begin with, and then ensuring that it’s documenting and tracking its approval process and notification process for operations that span jurisdictional boundaries, including international boundaries, because as you might imagine, with drug trafficking and money laundering, there is the potential not only to spill across jurisdictions within this country, but certainly across national boundaries.

Tom Temin: And if you back up from this for a moment, it looks like this really had the potential to blow up in a bad way, both operationally and also even politically, and getting into the public with just a disaster potential.

Michael Horowitz: And that’s why it’s so critical to have strong oversight on programs like this where there is what would otherwise be illegal operations where you are actually legally facilitating the operations of drug trafficking organizations and narco-terrorist organizations. So dealing with some of the most dangerous organizations across the globe, it’s going to be critically important in those circumstances to have strong controls in place, to be careful with what you’re doing and how you’re using the authorizations that Congress and the attorney general have given you.

Tom Temin: Michael Horowitz is inspector general of the Justice Department. Thanks so much for joining me.

Michael Horowitz: Great to be here again, Tom. Thanks. 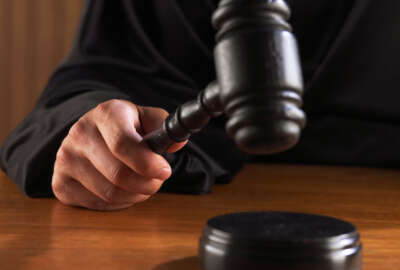