Under federal civil forfeiture laws, law enforcement agencies are allowed to seize money and property they come across in the course of their investigations – even if they never file criminal charges. It turns out forfeiture is a fairly big business for the Department of Homeland Security. Records the Institute for Justice obtained as part of a lawsuit show DHS agencies seized more than $2 billion in currency at American airports between 2000 and 2016. And in the overwhelming number of cases, the owners of that cash were never even accused of committing a crime. Jennifer McDonald is a senior research associate at the institute. She talked with Federal Drive with Tom Temin about the findings.

Jennifer McDonald: Civil forfeiture is a legal tool that allows law enforcement to seize and then permanently keep property from people without ever charging them of a crime, let alone convicting them of one. So in this context, we looked at currency seizures that happened at airports, specifically conducted by Department of Homeland Security agencies, primarily Customs and Border Protection and ICE. In these cases, we often see simple paperwork violations is the main reason that this property is seized. 50% of the seizures that we looked at were seized for no reason other than failing to file some paperwork for traveling internationally with more than $10,000. But often the justification is that that currency is involved in international money laundering or drug trafficking or something like that. But under civil forfeiture, the government doesn’t need to prove that in order to take somebody’s money.

Jared Serbu: Overwhelmingly I think you found that there was no evidence or no clear nexus between the seizures and any kind of criminal activity.

Jennifer McDonald: Right. In 50% of the cases that we looked at. They were seized only for reporting violations. In only .3% of cases was a another offense alleged alongside that reporting violation. So we’re not looking at people that law enforcement think really are drug traffickers or money launderers. If that was the case, you would expect someone to at least be arrested of such a serious crime, but only less than one third of all airport currency seizures that we looked at, involve somebody even getting arrested. And that number drops to one in ten when the alleged violation is failing to file the right paperwork.

Jared Serbu: One of the gotchas on those paperwork violations is it turns out you can have your money seized if you’re carrying more than $10,000 traveling internationally when you’re headed out of the United States. I mean, everybody knows you can’t bring large amounts of currency without declaring it when you’re on your way in but I didn’t know you have to declare it on the way out.

Jennifer McDonald: Exactly. And most people don’t know that. I didn’t know it before IJ started working on these cases. When we enter the country, we have to clear customs, there’s paperwork, it’s very obvious that you have to submit to that requirement. But when was the last time that you traveled and saw a sign telling you that you needed to report that large amount of money when you were leaving the country. Customs does little to publicize it, often the paperwork has to be found online ahead of travel, and then taken to a customs office that’s miles away from the airport. And so people, they’re just not aware, and that is definitely the case of the clients that we represent. They would have been happy to file that paperwork, if they were aware of the requirement, but customs needs to tell people that that’s something they need to do. But they don’t and it turns into kind of a gotcha moment.

Jared Serbu: I think one of the things that jumps out from the data sets that you eventually obtained after suing DHS is kind of weird disparities between airports that the highest dollar value seizures are not necessarily all at big international hubs. The one that jumped out at me is Orange County Airport in Southern California, which is a tiny airport, but it’s consistently in the top five in terms of total dollar value. So what does that suggest to you?

Jennifer McDonald: It’s difficult. I think it probably suggests several things. But I think most likely officials at that airport, or perhaps Southern California customs officials just have a specific focus on seizing cash. Often we see that TSA sees cash in people’s luggage when they go through security. And then they alert federal law enforcement who have the authority to question the traveler about the cash. So it could be that TSA at that airport is instructed to report all incidents of cash. We really don’t know but we think it suggests that there’s definitely an incentive and a focus on seizing people’s stuff.

Jared Serbu: I am really curious about the incentive structure here because sometimes when we think about civil forfeiture, we think about the incentive being for like a local sheriff’s department who’s allowed to keep the money they seize and use for their own operations or a local DA. How does it actually work in the CBP-DHS context? Does that go into the agency’s own operations? Or is it just gets funneled into general Treasury revenue? More broadly, how do we think the incentives work?

Jennifer McDonald: So specifically, the proceeds from these forfeitures go into the Treasury forfeiture funds, and then those funds are doled out to various DHS agencies and the IRS to use for law enforcement purposes. We have also seen that some federal agencies including non DHS agencies, like the DEA, or the FBI, pay TSA agents to be confidential informants. So to alert them when they see cash, and then they give a kickback of whatever they forfeit to those specific agents for being a confidential informant. So there there is a very direct profit incentive. But civil forfeiture more broadly, it creates the incentive to pursue cash over contraband. So if someone is traveling with drugs, you would expect law enforcement to seize that because it’s clearly contraband and is clearly illegal. But because cash can be so quickly converted into something that the agencies can then use it’s frequently what they’re targeting. CBP puts out regular reports where they brag about the cash seizures that they conduct at airports as a newsletter, and it talks about the seizures of more than $25,000 that they caught. And I think the problem there is that it’s the general assumption that a large amount of cash is evidence of criminal activity regardless of whether there’s actually any evidence of criminal activity and then when you allow agencies to profit from also engaging in that behavior, you’re just asking for trouble.

Jared Serbu: As you said, overwhelmingly, these are civil forfeitures and not criminal forfeitures. And in that civil context, it’s on you to sue the government to get your money back if it was wrongly taken or if you think it was wrongly taken. And I want to explore that a little bit with kind of my cop brain on just to play devil’s advocate. I think with that brain on, a lot of people would say, look traveling with a suitcase full of cash is inherently suspicious. And maybe we think we’re cutting off criminal networks by by seizing cash when we think we’ve really got a bad guy here. But we don’t necessarily want to put prosecutorial resources into pursuing a criminal case. You could look at some of the data that you have in this report, such as the fact that only 7% of civil forfeitures end up with people going to court to challenge the action. You could look at that 7% and say, look that shows overwhelmingly, we really are getting bad guys because otherwise more people would be challenging these actions — and I’m wondering what you would what you would say to that kind of perspective.

Jennifer McDonald: That is the argument that federal officials make quite often in favor of civil forfeiture. But it’s just not true. There are a lot of reasons, a lot of innocent reasons that people travel with cash. For example, we’ve had clients who saved up a bunch of money to go to Africa, to build a free medical clinic for women and children. She’s not going to travel to Nigeria with a money order, she needs cash to be able to do business there, and that’s completely legal and a reasonable thing to do. But the reason that so many of these forfeitures end up being resolved administratively is because the process is so difficult to navigate. So when cash is seized, the assumption is that the federal government can forfeit it administratively, which means there’s no judicial involvement in deciding whether it’s just to keep this money. So that’s the default — and then individuals have to go and file a claim for return of property. The requirements for those claims are very specific. They must be sworn under penalty of perjury, they have to be filed within a certain amount of time. And so what you’ve got is this very complex federal civil legal system that people are forced to navigate. And because there are no criminal charges, they’re not entitled to an attorney, people are left with the choice of navigating this labyrinth by themselves, or spending thousands of dollars that they clearly don’t have because it was just seized to hire an attorney to help them out. And so quite often, people rationally decide to just cut their losses and walk away and so that’s when administrative forfeitures happen. So some of the people who have had their property forfeited administratively criminals? I’m sure there are. But that just can’t be the general assumption for all of these people and we have no evidence to suggest that it’s not the case.

Jared Serbu: Just to wrap up, your bottom line here is Congress needs to step in and fix civil forfeiture laws. What specifically would you have them do?

Jennifer McDonald: Well, specifically, ideally, we would have them eliminate civil forfeiture and only allow the forfeiture of property in conjunction with a criminal prosecution. That would ensure that property owners have due process rights, like the right to an attorney and the right to a hearing in front of a judge and the right to be found guilty beyond a reasonable doubt before their property is forfeited. But short of that Congress can eliminate administrative forfeiture so that the default rule isn’t just we get to keep it unless you prove your own innocence. The standard should be you are innocent until proven guilty and the government needs to affirmatively prove that in court before they can take your property. So requiring that will cut down on the number of forfeitures, because they won’t just be automatically keeping stuff. So that would be a good one. And it would, again, ensure more due process for property owners. And the other thing is Congress can eliminate the profit incentive. So rather than allowing forfeiture proceeds to be retained and spent by law enforcement agencies, that money should go into the general fund. So that it is used to fund all kinds of government things but isn’t a essentially a slush fund for law enforcement.

Read more on this from the Institute here. 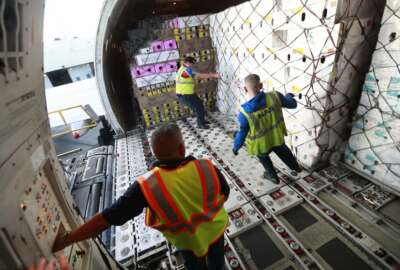 When agency management and the IG disagree 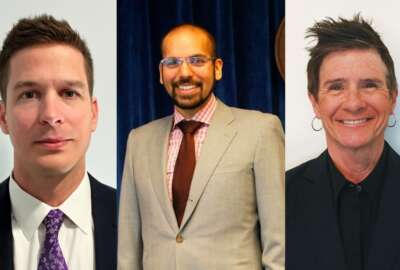