A bipartisan group of nearly 100 homeland and national security experts are calling on the Department of Homeland Security to refocus its mission to better manage short and long-term non-military threats in the modern world.

In a report for the Atlantic Council’s Scowcroft Center for Strategy and Security and “Future of DHS” project, former DHS officials Thomas Warrick and Caitlin Durkovich describe the department’s multiple challenges — including a global pandemic, a growing number of cyber attacks and...

A bipartisan group of nearly 100 homeland and national security experts are calling on the Department of Homeland Security to refocus its mission to better manage short and long-term non-military threats in the modern world.

In a report for the Atlantic Council’s Scowcroft Center for Strategy and Security and “Future of DHS” project, former DHS officials Thomas Warrick and Caitlin Durkovich describe the department’s multiple challenges — including a global pandemic, a growing number of cyber attacks and a hurricane season and other climate changes.

Controversies over its immigration and family separation policies, as well as the recent deployment of DHS personnel to U.S. cities have fueled arguments to “abolish DHS.”

Morale has been consistently low at the department, despite some recent bright spots. Top leadership positions have been plagued with constant turnover, with 17 senior DHS officials holding acting or temporary positions as of August. The department hasn’t had a permanent secretary for more than a year.

“The solution to DHS’s problems is not to dismantle the department, because what DHS does, or should be doing, is vital to the security and safety of Americans and to national security broadly,” Warrick and Durkovich wrote. “Scattering DHS’s functions among other cabinet departments would not make those missions and capabilities go away. This report recommends major reforms — driven by strategy and mission priorities — that DHS urgently needs to undertake so that it can meet the newly emerging threats that—paradoxically — DHS is the best cabinet department to address.”

In contemplating reasons for a mission refocus at the department, the report’s authors said they were reminded of the Sept. 11 terrorist attacks, which initially prompted Congress to create DHS back in 2003.

Now 17 years later, DHS is at another inflection point.

“Underlying that decision was the recognition that in 2001, the world had changed to the point where nonmilitary means — four passenger aircraft — could be used to kill more Americans than died in the attack on Pearl Harbor in 1941,” Warrick and Durkovich said. “It should focus U.S. policymakers that, as of August 2020, the Covid-19 pandemic was killing as many Americans as died on 9/11—every four days.”

The Atlantic Council and the report’s authors offer up several recommendations designed to better equip DHS to handle the ongoing pandemic in the short term, as well as cybersecurity, climate change and other non-military threats in the long term.

The department, for example, should improve communication with “the American people, the private sector and state and local governments, and, especially, DHS’ employees,” the authors said. DHS’ communications operations should rival those at the Pentagon and the State Department.

The report’s authors also spent significant time on the longstanding morale and engagement challenges at the department.

Much of DHS’ long-running morale challenges stem from persistently low engagement at the Transportation Security Administration and Customs and Border Protection, the department’s two largest subcomponents.

For TSA, DHS should focus on improving pay and career paths for entry-level employees, the authors said. If the department raised TSA’s engagement score by 15-to-18 points, that improvement alone would be enough to move DHS out of the last-place spot on the annual “Best Places to Work” rankings.

“Allow DHS employees to transfer more easily between components,” the report reads. “Meritorious service in an entry-level position should give employees a preference that increases a candidate’s prospects for being hired elsewhere in DHS. DHS employees who are tied to a particular location — because of family reasons, for example — should be given outright preferment and service credit for other DHS jobs in the same area.”

For CBP, the department should take a different approach and instead focus on cultivating trust with the workforce, properly dealing with poor performers and promoting high achievers.

Despite initiatives meant to build unity across the entire department, employees are still focused more so on their own component’s goals and activities, and they’re unclear how their own individual work contributes to the broader DHS mission.

“DHS needs to move to a ‘culture of cultures’ approach, celebrating the unique aspects of each component, while providing a unifying cultural overlay around a mission that most of its employees can embrace,” the report reads. “In the uniformed military, services and specialized units have strong individual cultures but the services share a common ethos and many common values. This may not be a perfect model for DHS, but it provides a validating example.”

“Component personnel think headquarters does not understand component operational practicalities,” the report reads. “Headquarters personnel think components do not see the big picture or appreciate that external factors sometimes require changes in what components do and, in some cases, how they do it. There is substantial truth in both viewpoints. DHS needs to close the gap between these perceptions.”

To create a more unified department, Warrick and Durkovich suggest rotating component personnel through tours of duty at DHS headquarters. A tour at headquarters should be a requirement for scoring a promotion to a GS-15 position or higher, they said.

DHS shouldn’t make any major organizational changes in the next year, Warrick and Durkovich said. Instead, the department should name a second deputy secretary to head up all DHS law enforcement operations.

The concept is similar to the leadership structure at the Justice Department, where the deputy attorney general serves as a backup to the attorney general and associate AG oversees DOJ’s civil division and other functions. 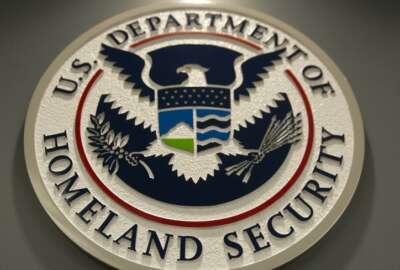 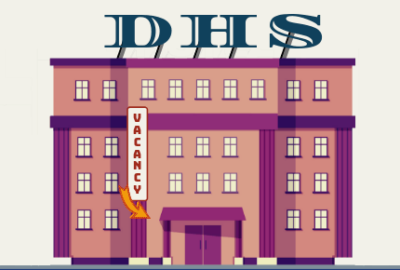