The Securities and Exchange Commission has channeled millions of dollars in fraud settlements to corporate whistleblowers who singled out wrongdoing in the first place. But proposed rule changes would limit those payouts, seeming to disincentive the very whistleblowers the SEC relies on. For insight into what’s going on, Federal Drive with Tom Temin turned to Steptoe and...

The Securities and Exchange Commission has channeled millions of dollars in fraud settlements to corporate whistleblowers who singled out wrongdoing in the first place. But proposed rule changes would limit those payouts, seeming to disincentive the very whistleblowers the SEC relies on. For insight into what’s going on, Federal Drive with Tom Temin turned to Steptoe and Johnson law firm partner, and co-chair of its financial services group, Stacie Hartman.

Tom Temin: Ms. Hartman, good to have you on.

Tom Temin: Tell us what rule the SEC is changing and how it proposes to change it.

Tom Temin: And what are the enhancements?

Stacie Hartman: The two most significant ones are creating a presumption that whistleblowers with potential awards of less than $5 million will receive the maximum statutory award amount. And this is important because historically, awards of that size, meaning less than 5 million represent about 75% of all whistleblower awards. So those majority whistleblowers are likely to receive higher awards, they also expanded the scope of what would qualify for an award. And so now, the SEC is going to include awards that are not only based on litigated cases, but also on any deferred prosecution agreements or non prosecution agreements that were entered into with the Department of Justice as well as a parallel action by the SEC, or even a settlement agreement that the Commission enters into outside of a judicial or administrative proceeding. That’s a larger universe for whistleblowers to be qualifying for an award. And they’re actually applying that retro actively dating back to the beginning of the program after Dodd-Frank became effective.

Tom Temin: Yes. So I’m curious as to how would someone know that, well the pond is bigger now and there’s more fish, and some more bigger fish — I guess, in your practice, give us a sense of the types of people that can detect these things and bring them to the SEC that are inside a corporation? And how would you know?

Stacie Hartman: You of course don’t know that what you’re reporting on will necessarily result in an award. I think whistleblowers often believe that they’ve got information that may be even more valuable than it actually is. But it is not at all uncommon that someone inside a company who’s looking at financial reporting issues or dealing with accounting issues or other compliance aspects will detect wrongdoing, they should be reporting in the first instance to their own compliance program so that the company can fix whatever the results are. But if there is not a good remedial result, then they should go to the SEC. And obviously looking at the large scope of awards that have been delivered, a number of them have.

Tom Temin: And have you noticed any qualitative or quantitative differences in the instances of whistleblower cases from privately held companies versus publicly traded companies? I guess a private company would never come before the SEC.

Stacie Hartman: In most cases, you’re right that public companies are the larger fish as you put it, but even smaller companies may be issuing stock or otherwise come within the purview of the SEC. There are other programs by other regulator agencies. And so the landscape for whistleblowers is actually quite broad.

Tom Temin: So it sounds like you’re saying that the rule changes actually make whistleblowing more attractive or might make it more incentivizing for people to go ahead and do this.

Stacie Hartman: They do for the vast majority of whistleblowers, but the program has also been tightened as a result of the amendments. One tightening comes as a result of a decision by the Supreme Court, which now requires that whistleblowers have to report to the SEC so internal reports alone will not qualify a whistleblower to an award. The amendments also gave the SEC discretion to consider the dollar amount rather than the statutory maximum percentage for higher awards and that ultimately has the potential of resulting in reduced awards. So they gave benefits in some cases and took away others.

Tom Temin: Yeah, because it gets a little complicated almost from a psychic standpoint, I mean, should a whistleblower be solely motivated to get a big check for multi million dollars or motivated to right a wrong.

Stacie Hartman: One would hope the ladder that in their purest hearts, they’re really trying to ensure that things are done the right way. But as we’ve seen in a number of instances, that’s not always the case. And with high dollar awards, even less than $5 million, it’s a lot of money to most people. And I think the money does incentivize as well.

Tom Temin: Early on when this rulemaking was going on, some in the whistleblower community questioned the SEC’s commitment to the whole program, but sounds like they are committed to it completely, even though they have just rearranged some of the provisions within it.

Stacie Hartman: I agree. They tout the hundreds of millions of dollars that they have awarded since the program began. And they also tout the billions of dollars that the Commission has been able to recover as a result of the actions that were initiated by whistleblowers. So I think the SEC sees it as a success, and probably many whistleblowers do as well.

Tom Temin: Are there any other agencies you’re aware of that have a similar type of program? I mean, whistleblowing occurs across the government but it doesn’t always have the financial incentive. Is this something that could happen, say at the Commodity Futures Trading Commission, for example?

Stacie Hartman: You’re right Tom. The CFTC that you just referenced, which has jurisdiction over derivatives, as opposed to the SEC’s jurisdiction over equities, the CFTC has a very similar whistleblower program to the SEC. And what’s interesting about this is that the CFTC is considerably smaller than the SEC. In fact, by number of employees, and by budget, the CFTC is about 16% the size of the SEC, and yet the CFTC whistleblower program has delivered awards and recovered penalties in percentages that greatly exceed that. For example, the SEC says that it has recovered two and a half billion dollars in penalties and sanctions as a result of matters that began with a whistleblower report. And the CFTC is comparable figures are actually 38% of that figure about $950 million. So multiples of the comparable relative size of the CFTC to the SEC.

Tom Temin: I guess we should point out to that the money is not paid out of taxpayer dollars, but these are all paid by the settlements that are covered by the corporations involved. Correct?

Tom Temin: And let me just ask you this in your work, do you represent the companies or the whistleblowers, or whichever case comes to you?

Tom Temin: Sure. And you probably want to sometimes say to the companies, you dummies, why did you do this?

Stacie Hartman: Well, I’ll tell you a whistleblower comes in a variety of forms, going back to your earlier comment about whether they’re doing it for the money or doing it so that the company does things the right way. And even within the same person, there are the entire spectrum of motivation. So it’s very important that companies take care when dealing with whistleblowers to ensure that there’s no basis for a claim that they have retaliated against the whistleblower, and that they are ensuring the integrity of the investigation and their response to it without affecting the whistleblower.

Tom Temin: And from your experience, what do you think we can expect as the pandemic spending, the trillion dollars that flowed out starts to come home to roost with respect to whistleblowers?

Stacie Hartman: I think we’re going to see and may already be seeing the results of whistleblowers making reports about misuse of PPP funds, other aspects of the CARES lending programs where either certifications have been made on false pretenses or other kinds of fraud. The Department of Justice has already begun a pretty healthy amount of prosecution against false certifications. And the SEC is also trying to attack fraud claims in connection with what we’re seeing in the pandemic. In fact, they reported that their activities so far has resulted in more than 30 trading suspensions and at least half a dozen COVID-19 related fraud cases.

Tom Temin: Alright. Well I think we can say that if people want more advice from you they’ll have to hire you. Stacie Hartman is a partner at the law firm Steptoe and Johnson and co-chair of its financial services group. Thanks so much for joining me. 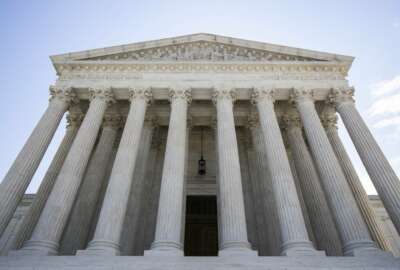