Pandemic board gets first permanent chair after Trump’s watchdog shakeup

A reshuffling of leadership positions for agency inspectors general will give the Pandemic Response Accountability Committee its first permanent chairman since April, when President Donald Trump effectively eliminated the committee’s first pick from consideration.

The 75 agency IGs that serve on the Council of the Inspectors General on Integrity and Efficiency voted Tuesday to make National Science Foundation IG Allison Lerner its next chairwoman.

Lerner will begin her term on Jan. 1, and intends to...

A reshuffling of leadership positions for agency inspectors general will give the Pandemic Response Accountability Committee its first permanent chairman since April, when President Donald Trump effectively eliminated the committee’s first pick from consideration.

The 75 agency IGs that serve on the Council of the Inspectors General on Integrity and Efficiency voted Tuesday to make National Science Foundation IG Allison Lerner its next chairwoman.

Lerner will begin her term on Jan. 1, and intends to name Justice Department IG Michael Horowitz, the outgoing CIGIE chairman, as the permanent chairman of the PRAC. In addition, Lerner will appoint Interior Department IG Mark Greenblatt to serve as CIGE vice-chairman.

Lerner said in a statement she looks forward to working with CIGIE’S members to “strengthen the IG community and ensure that federal IGs remain capable of providing the independent, effective oversight that the American people expect and deserve.”

The reshuffling of agency IGs gives the PRAC a level of permanent leadership it has lacked since its creation. Horowitz has served as the acting PRAC chairman since April, after President Donald Trump removed Glenn Fine, the Defense Department’s acting inspector general, as the chairman of the committee by naming a new acting IG for DoD. That decision pushed Fine back to serving as DoD’s principal deputy inspector general until he resigned in May.

Horowitz said Lerner, as his CIGIE deputy, has been “instrumental to CIGIE’s efforts to strengthen the Inspector General community and improve the federal government.”

“I know from experience that the position of CIGIE chair is a consequential one, and I am gratified that the position will be filled by someone so qualified, capable and respected,” Horowitz said. “As Chair of CIGIE’s Pandemic Response Accountability Committee, I look forward to working with Allison in her new role and leading our community’s efforts to oversee coronavirus relief and recovery funds.”

In response to these shakeups, House Democrats introduced a bill that would broaden the criteria for IGs and their staff to serve as the head of the oversight board. The bill would have made deputy IGs eligible to chair the PRAC. In addition, the Democratic leaders of 20 House committees asked CIGIE for input on legislation that would protect the independence of IGs.

Meanwhile, nine former watchdogs in a letter circulated by the Project on Government Oversight called on Congress to pass legislation that would limit the president’s ability to remove an IG, unless they are “ineffective or unwilling to conduct the rigorous oversight required of their office.”

Without these protections, the former watchdogs warned that IGs would hold back on reaching conclusions in their reports that would put them at odds with political leadership.

The former IGs also told congressional leaders that a list of watchdog candidates vetted by CIGIE should hold more weight in the President naming and the Senate confirming watchdogs. The 1978 IG Act requires CIGIE to send its list of recommendations to the President when a presidentially appointed IG vacancy occurs.

Despite the long-term absence of a permanent chairman, the PRAC has continued in its mission to oversee a pot of stimulus money more than twice as large as what Congress approved following the 2008 recession.

To handle day-to-day data wrangling, the PRAC in September hired Brien Lorenze, a former principal at Deloitte, as its chief data officer. The committee in late November also released Coronavirus Relief Fund spending data, with details on how recipients spent funds down to the project and sub-recipient level.

That PRAC report, conducted by the MITRE Corporation, found 16 key concerns with the quality and accuracy of data available to the PRAC. The report, for example, found mismatched ZIP codes in awards data between USASpending.gov and the Small Business Administration.

The report also found no award-level source of data on USASpending.gov estimated the number of jobs created or saved through stimulus funds. The report found that these data gaps could impair the PRAC’s ability to oversee all pandemic spending. 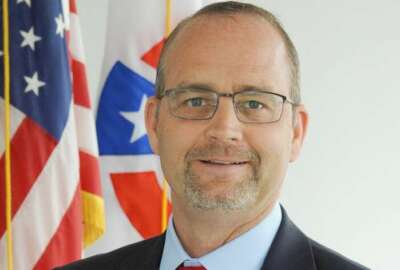