A signature initiative of the Trump administration was the removal of what agency heads considered excessive or outdated regulations. The original policy was removal of two regulations for every new one proposed. So how’d they do? For one answer, Federal Drive with Tom Temin turned to the director of the George Washington University Regulatory Studies Center,...

A signature initiative of the Trump administration was the removal of what agency heads considered excessive or outdated regulations. The original policy was removal of two regulations for every new one proposed. So how’d they do? For one answer, Federal Drive with Tom Temin turned to the director of the George Washington University Regulatory Studies Center, Susan Dudley.

Tom Temin: Ms. Dudley, good to have you back.

Susan Dudley: Thanks for having me Tom.

Tom Temin: So how would you assess their success from their standpoint of whether they actually significantly reduced regulation on industry and maybe got rid of ones that had been old or outdated?

Susan Dudley: I think the actual deregulation was less than promised. But what those requirements did was slow the pace of new regulations, and that did reduce uncertainty, gave, especially smaller companies, more confidence to hire and invest. And so I think that did contribute to the economic recovery before COVID.

Tom Temin: And what does it take to actually get rid of regulation? Because some of them have statutory backing, so you can’t totally remove it, and regulations aren’t all created equal, I guess.

Susan Dudley: Yeah, that’s right. And in fact, the way they did the accounting for the two for one was that your regulations, regulations removed, if it was anything, so a small guidance document paperwork requirement, but regulations that were that they counted as the one in had to be a significant regulation. So it’s not quite apples and oranges, but it did provide incentives to try to get rid of that sludge, you know, some of the stuff that may be small potatoes, but it adds up.

Tom Temin: Because truth be told, in the Obama administration, they undertook a similar type of initiative to try to clear out some of the old and the brush. But you can’t say that the two administrations have the same attitude toward business regulation. So these things can cut a couple of different ways, I guess.

Susan Dudley: Yeah, that’s right. And I think presidents have been asking agencies, don’t just think about issuing new regulations, let’s look at what’s on the books, make sure it’s still working as intended. And if there are ways to tighten it up, let’s try those.

Tom Temin: Because the pages of regulations never seem to actually shrink. In reality, they always grow. Is it possible to measure the change in just the number of pages of published and in effect regulations now versus four years ago?

Susan Dudley: Absolutely. So it is not easy to remove regulations. As a rule agencies have to go through the same steps to introduce a new regulation, as they do to remove that regulation. And that involves notice and comment, soliciting input from the public, developing a record, and that can take two years or more, even if you’re deregulating.

Susan Dudley: That’s absolutely true. And it’s especially true because presidencies have a tendency at the very end of the term to ramp up their regulatory activity. Midnight regulations, and we saw that at the end of the Obama administration, and we’re seeing it again now.

Tom Temin: Yes, there was one I think that just came out a couple of days ago from the EPA, a major rulemaking and that will now have a 90-day comment period, etc, etc. That train once on down the track, it’s pretty hard to reverse, isn’t it?

Susan Dudley: Actually, if it’s still a proposal and hasn’t been final, so if it’s not a final regulation, it’s not as hard to reverse.

Tom Temin: And looking back again at the Trump administration, are there any major regulations that they did get rid of or remove that possibly could have had an economic or environmental impact in some ways?

Susan Dudley: I think there are a few. As I understand it, just yesterday, the courts have struck down one of the major roles that EPA issued, the Affordable Clean Energy rule on greenhouse gas emissions from power plants. So some of the major regulations that have been issued have had troubles in the courts. And we are likely to see that going forward, especially when it’s the Biden administration defending the Trump administration regulations, they may not defend them as vigorously as say the Trump administration would have

Tom Temin: And speaking about major regulations, that word has specific meaning, correct, that’s in statute?

Susan Dudley: Yes, major regulation is defined as regulations with an expected impact of $100 million or more. And that could be the cost or the benefits of the rule.

Tom Temin: And given the size of the economy and some of these industries that these rules touch, it doesn’t take much to create a major regulation, sounds like?

Tom Temin: And what specifically can Congress do if they don’t like a rule that’s been implemented? There’s very specific procedures for that, also, I think.

Susan Dudley: Yes, there are. The Congressional Review Act gives Congress expedited procedures for both houses to issue a resolution of disapproval. And if they send that disapproval to the President’s desk, and the President signs it, that regulation is null and void, and the agency cannot issue anything substantially similar. Only works for regulations issued probably since August.

Tom Temin: Right. So I think the expedited is the key phrase here. And also during the General Services Administration period under the Trump administration, they did start an initiative to kind of modernize the rulemaking process. And a couple of rulemaking scholars have told me that the United States approach to rulemaking is pretty much the gold standard worldwide. Is that your perception and are there some reforms that might be needed?

Susan Dudley: Yeah, I think GSA’s work was aimed at permitting type regulations, but administrative laws. I think the US is the gold standard, first the requirement for opportunity for public comment is an essential part of our rulemaking process. And that’s been in place since 1946. And second, the requirement to conduct analysis of regulations before they’re issued. So look at what are the alternatives. Why do we need to do it? What are the benefits? And what are the costs and who will bear those benefits and costs? That type of regulatory impact analysis, developing countries are adopting and developed countries are already following our lead.

Tom Temin: And watching the rulemaking over the past few years with the back and forth of Republican and Democratic presidencies — do you think that perhaps, agencies’ political appointees have maybe gotten away from the exercise of a certain amount of restraint in the way they propose and issue regulations?

Susan Dudley: The courts are there to pull them back if they go too far. So if they go beyond their statutory authority. But another thing that I find striking, looking back at the different presidents that we’ve had, is that each of them despite their very different views on regulation, when you think about Clinton, Bush, Obama and Trump, they have all followed the same procedures and the same requirements for trying to maximize net benefits when issuing regulation.

Tom Temin: So maybe there’s hope for the Republic.

Susan Dudley: Maybe there is. There’s some sense of continuity and bipartisan agreement.

Tom Temin: All right. Susan Dudley is director of the George Washington University Regulatory Studies Center. Thanks so much.

Susan Dudley: Thank you for having me Tom. 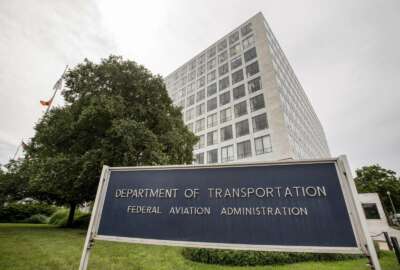 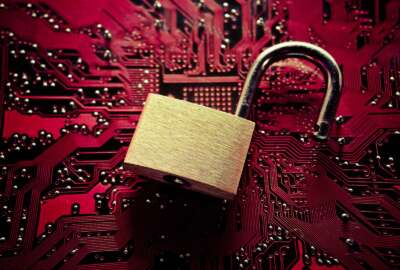