Twice postponed launches of its big new rocket may indicate deep problems with NASA’s Artemis program, as it makes plans to get back to the moon and eventually to Mars. The basic guidance the agency uses to manage Artemis may not be suited to such a complex enterprise, at least according to the Government Accountability Office. For...

Twice postponed launches of its big new rocket may indicate deep problems with NASA’s Artemis program, as it makes plans to get back to the moon and eventually to Mars. The basic guidance the agency uses to manage Artemis may not be suited to such a complex enterprise, at least according to the Government Accountability Office. For more on this, the Federal Drive with Tom Temin spoke with Bill Russell, the GAO’s director of contracting and national security acquisitions.

Tom Temin: And you have looked at Artemis, I guess you were looking at it before these launches really got delayed? Because it takes longer than that to put these reports together. But what do you mean that the fundamental guidance the agency is using is not really suited to something like Artemis? Tell us what’s going on here?

Bill Russell: Absolutely, if you think about what Artemis is, it’s a series of missions to ultimately return to the Moon create a sustained lunar presence, and then ultimately, on to human exploration of Mars. And to do that there’s a number of systems that have to work seamlessly together. So not just the rocket, the SLS, but there’s the ground equipment, the vehicle that gets it to the launch pad, eventually you’re going to have the human landing system to transport the astronauts to the surface of the Moon, spacesuits. So that’s a lot of multibillion dollar systems that each on their own, have a lot of technical complexity and sophistication that have to work seamlessly together. So what we’ve said in our previous work, and we followed up on in this review, was really how are you going to manage that complexity, one little change in a requirement for one program can have a big impact on another program. So what’s that integration piece look like? And what we found in this review is that NASA had done additional steps and made progress to actually better integrate and have a fuller picture of the requirements and the complexities across those systems. That included putting more oversight mechanisms in place, sort of top down reviews, where you’re looking at how you’re going to sync up all of those efforts.

And in terms of the missing guidance, the piece that we wanted to see some improvement on had to do with the schedules. Each of those programs has a complex schedule and lots of effort into developing the various steps. But when you put them all together, you know, for example, the rocket has to be on the launchpad at the right time, you know, the Orion crew capsule has to be ready to go. How are you going to build those schedules so that you have a predictable launch window? And that’s where we thought that NASA could take some additional steps.

Tom Temin: Yeah, it’s a miracle that even gets to the point where it can be scrubbed, in other words.

Bill Russell: That’s right. And a lot goes right to even make it to the launchpad, for sure.

Tom Temin: So this program then has lots of moving parts, literally. And it sounds like the basic issue is that when you put more than one moving part where you put dozens of moving parts together, there are going to be issues that come up that they just didn’t take into account in terms of the schedule?

Bill Russell: That’s right. I mean, the scale and complexity of what NASA is trying to achieve is immense. And so all the tools that you can put in place help: managing risks, looking at risks, scoreboards, having really sound scheduling practices are all needed to help manage this level of complexity.

Tom Temin: So the process of plugging two things together to form part of this larger system of systems, you might say, is what constitutes a launch to the Moon, then they don’t build the time in they need at that point of juncture, because something inevitably will come up that they couldn’t anticipate until you put the two pieces together, the four pieces, the 16 pieces, it gets exponentially more complex. And that’s the time that’s not in the schedule, do you believe?

Bill Russell: That’s right, that’s where we would like to see, for example, in Artemis II, which would be the next mission where you have the astronauts on board, to really do an analysis of the key steps that they’re going to have to complete, eventually learning from what happens in Artemis I, which hopefully will happen later this month or in October, and then pull that in to have a realistic picture of Artemis II. So those are the places where we think with this additional guidance, NASA can get ahead of that issue for the subsequent Artemis missions.

Tom Temin: And just out of curiosity, for the second mission that they were hoping for, after this first mission, the second one would have people actually on the top there and fly around the Moon, I guess and come back without landing on the moon. So do you feel that NASA is sufficiently vague or open ended in the second Artemis launch? Based on how long it’s taking to get the first one, and it may not even happen in October. So all of a sudden the schedule expands to months late, perhaps. And did they figure that into when the second one happens in 23 or 24?

Bill Russell: Right. The estimate now is that NASA will need about two years from the successful conclusion of Artemis I to be ready for Artemis II. And to help manage that window, things like these integration reviews, these schedule analysis and the new guidance can help with that because ultimately, I think to your point, when you put astronauts on board, that’s just another level of safety, of complexity. And you really want to make sure that test goes well. So NASA certainly will factor that in. But these tools can help to have a better window and predictability. And when you’ve completed the necessary steps.

Tom Temin: We’re speaking with Bill Russell, he’s director of contracting and national security acquisitions at the GAO. So what are your major recommendations, though? Can NASA make some changes in the way it plans for these things such that in time to affect the Artemis program, which is well, it’s gotten to the launchpad anyway into the countdown?

Bill Russell: Absolutely. So really looking ahead to the next set of Artemis missions, the recommendations were aimed to one help develop mission level schedule guidance. So that would be you know, taking all these individual project schedules and putting them together in a coherent way. And as part of that, doing better collaboration across the centers to help develop that guidance. And we also took a look at some of the longer term needs in terms of workforce skills. So the Artemis missions are planned to go out to the 2030s. NASA does a great job of planning its workforce needs for the next five years. But we had a recommendation that they might want to think about scenario planning for the types of new skills, new workforce needs to support the systems that they plan to put in place over the next, you know, 10 or plus years.

Tom Temin: Is a component and all of this preserving knowledge that might have been generated a generation earlier in NASA? I mean, the launch that made it to the Moon is now what, 53 years in the past. So I doubt there’s anyone working in NASA now that was actually present for that, even though you know, we all remember it on, at least I remember it on television. But is there a knowledge management component to this, do you think?

Bill Russell: Absolutely, you’re going to have workforce attrition over time. We saw that with the retirement of the Space Shuttle program, that was a lot of knowledge and skill, those folks eventually retired or left the agency. So like I said, NASA has a good plan for how to handle the next three to five years. But as you build these systems, and they’ve already awarded contracts that will last into the next 10 years, to add that component of the unique workforce skills you’re going to need and how you’re going to recruit for that over time. So really just start coming up with that plan now, before you’re in that environment. And you can’t locate the folks with those skills or you have a brain drain, so to speak, through retirements.

Tom Temin: And your first recommendation mentions the NASA administrator should ensure that the chief financial officer in coordination with the mission directorates develops a schedule and management guidance. That’s interesting. This is not all just about technology and engineering.

Bill Russell: That’s right. There are huge billions of dollars in costs involved in these efforts. So the way that the NASA organization is set up, the CFO plays a key role in some of those aspects. We wanted to call that out as we were making the recommendation.

Tom Temin: And looking at the four top recommendations. They are all for the NASA administrator. How did the administrator accept these? And do they generally agree with what you’ve laid out here?

Bill Russell: To NASA’s credit they did agree they concurred with each of the recommendations and cited some next steps to implement them. Usually within the next year, they plan to make some significant progress, which is great.

Tom Temin: Is it fair to say that over the history of NASA, it became a premier source of good practices in project and program planning, though?

Bill Russell: That NASA itself?

Bill Russell: Certainly, they’ve been managing and developing complex systems. If you think about James Webb Space Telescope that eventually launched and is delivering some amazing science. Our point has been to take the lessons, they have some impressive achievements, and there were some stumbles along the way, so wherever they can learn those lessons to then incorporate them into this next set of ambitious missions is a great thing.

Tom Temin: Bill Russell is director of contracting and national security acquisitions at the Government Accountability Office. As always, thanks so much.

Bill Russell: Nice to be here, Tom. Thank you. 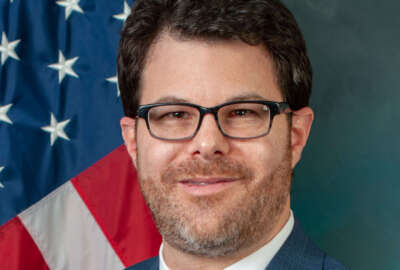