When inspectors general fail, the backstop itself seems to fail

Inspectors general occasionally fail in the exercise of good conduct or exemplary leadership. And when they do, there’s a special committee of the Council of Inspectors General that’s supposed to take action. My next guest argues that the committee known as the Integrity Committee has fallen short of its responsibilities. So who’s watching the watchdogs?  The Federal...

Inspectors general occasionally fail in the exercise of good conduct or exemplary leadership. And when they do, there’s a special committee of the Council of Inspectors General that’s supposed to take action. My next guest argues that the committee known as the Integrity Committee has fallen short of its responsibilities. So who’s watching the watchdogs?  The Federal Drive with Tom Temin  turned to Joanna Derman, policy analyst at the Project on Government Oversight.

Tom Temin: Let’s begin with the Integrity Committee itself. I’m not sure that’s all that well known. Just tell us what it’s supposed to do, a little bit about its origin that you looked at.

Joanna Derman: The integrity committee is the entity responsible for conducting oversight of the federal IG system. So what this means is that it has the authority to receive, review and refer for investigations, any allegation of wrongdoing against inspectors general and covered senior level staff members serving in an IG office. You can think of the IC or the Integrity Committee as the watchdog of the watchdogs that comes in when, under rare circumstances, you get an IG that just does not play by the rules. Maybe they’re abusing their authority in some way. Maybe they’re involved in substantial misconduct. Maybe they’re engaging in behavior that undermines the independence or integrity response reasonably expected of the office and their position. All of these things are under the investigative jurisdiction of the Integrity Committee.

Tom Temin: So basically, they’re the watchdogs of the watchdogs, you might say.  And have there been cases where they haven’t quite lived up to that.

Joanna Derman: So in the report, we mentioned a few examples that illustrate where we think the integrity committee oversight of the federal IG system could be improved. And I’ll give you an example of that. One is related to then FHFA IG Laura Wertheimer. This is an interesting case because the Integrity Committee investigated her and ultimately recommended her removal after finding that she abused her position of authority, following a culture of witness intimidation, abused and retaliated against staff at the IG office. However, it took the Integrity Committee between 2017 and 2021 to complete this investigation, which is obviously a very long time. And this can be a problem because it doesn’t meet the needs of the employees of the IG office in the moment. Now, I will say in 2021, the Integrity Committee documented and added on to its policies and procedures directly addressing this, I would allow it to make independent findings of wrongdoing against an IG who fails to cooperate with an integrity committee investigation. So we were encouraged to see this. But I mean, I think there are still ways that the policies and procedures of the integrity committee can be improved.

Tom Temin: And POGO has come up with based on the research you’ve done, and I guess some other checking of other sources, some reforms that really should happen, that affecting this Integrity Committee, what are some of those? And let’s talk about some of the reaction you’ve gotten so far to the report?

Joanna Derman: Yeah, absolutely. I mean, we offer a number of recommendations as to reform. One of them includes having the GAO come in and conduct a biannual audit of the Integrity Committee investigations. And by annual I mean every two years, not twice every year. I believe the last  GAO audit of Integrity Committee policies and procedures occurred in 2009. It’s been a while since then, obviously, the Integrity Committee internal policies have changed since then leadership has changed multiple times. So we think that a GAO audit would provide the additional guardrails necessary to increase the oversight to where we think it’s appropriate. Another example of this is that we recommend Congress grant CIGIE, who oversees the IC, its own congressional appropriation. Right now, CIGIE relies on the piecemeal funding of its members every year to determine its budget. So this means that the budget can be constantly in flux. It offers very little in the way of stability and predictability and can therefore hamper the Integrity Committee’s ability to engage in long term-strategic planning.

Tom Temin: And CIGIE, we’re referring to the Council of inspectors General on I think its Integrity and Efficiency. Right, CIGIE. And so that’s kind of a pass the hat program now to get funding as opposed to having something directly from Congress?

Joanna Derman: Yeah, exactly. Again, we really are concerned with the stability of the funding.

Tom Temin: And what about the composition of the IC itself? Do you have any recommendations for how that could be improved?

Joanna Derman: Yeah, absolutely. So currently, members of the Integrity Committee include an FBI designee, the Director of the Office of Government Ethics, OGE, or their designee and then for a rotating IG. And I think it’s important to note that the oversight community is mighty but it is small and what this means functionally is that members of the Integrity Committee are often by virtue of their job put in the position where they have to be responsible for investigating their friends and colleagues. And that leads to some questions of independence. Now, one of the recommendations that we proposed is to add a member of the Integrity Committee that used to be an IG. So add a former IG to the Integrity Committee, or in order to broaden that universe of potential people, a former deputy inspector general, that would just add an additional kind of layer of objectivity that we think would be very welcome.

Tom Temin: Right. Someone who’s not a current colleague, and then therefore, their recommendations or their thoughts would not be seeming to be going against a colleague.

Tom Temin: All right. And you’ve seen some action already. It looks like there’s reaction happening and some movement in this whole area, isn’t there?

Joanna Derman: I think as recently as last month, the Integrity Committee released a transparency policy that would allow a greater universe of individuals to access their internal system of reports, basically their archive, you can almost think of this as their minutes of their meetings. So we are very encouraged to see this. We think it’s a huge step in the right direction, because one of the critiques that we had of the Integrity Committee throughout this entire report was their lack of transparency. And so we’re very encouraged to see this insofar as the other recommendations laid out in this report, they’re in very different places when it comes to implementation, some are farther along than others. So for example, I’m hopeful that when Congress does pass an end of the year, omnibus, you know, fingers crossed, that it’ll include some language to at least consider and study the need for a direct congressional appropriation to seek we submitted an appropriations request to that effect. And again, this is something that we’ve been calling on for a long time that CIGIE leadership has been calling on for a long time. The other recommendations are newer to the history of our advocacy for a stronger Integrity Committee system. So in that respect, we’re really looking forward to working collaboratively with CIGIE and the Integrity Committee to refine them and get them across the finish line. But overall, you know, we’re very encouraged. We’re very excited to see movement on this.

Tom Temin: Joanna Derman is policy analyst at the Project on Government Oversight. 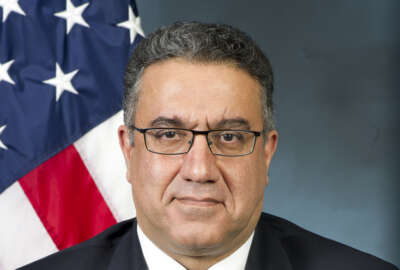 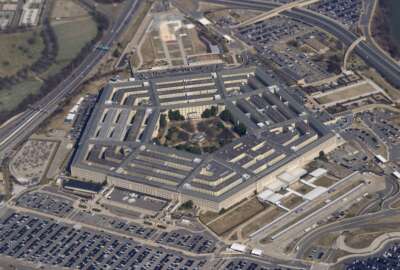