The Air Force’s top civilian official called for a significant increase in the service’s size on Monday, repeating leaders’ longstanding assertion that it is too small to meet its missions under the current national defense strategy.

Under the plan Air Force Secretary Heather Wilson outlined, the overall number of operational squadrons would grow from 312 to 386. She said the figure was based on several internal analyses conducted over the past six months, using intelligence estimates of what the service would need in the 2020-2025 timeframe.

“The defense strategy tells us that we need to be able to defend the homeland, provide a credible nuclear deterrent, win against a a major power while encountering a rogue nation, all while managing violent extremists with lower levels of effort,” she said at the Air Force Association’s annual conference in National Harbor, Maryland. “While all those missions rely on every service working together, each of them relies heavily on the Air Force.”

Amongst the 74 additional squadrons, 14 would be dedicated to aerial refueling. Seven of them would be space squadrons, five would be bomber squadrons. The figure also includes seven new operations squadrons, nine combat search and rescue squadrons, 22 command and control squadrons, seven more fighter squadrons, two remotely-piloted aircraft squadrons and one more airlift squadron.

Notably, Wilson said the Air Force does not foresee a need for additional nuclear or cyber squadrons, even though it foresees additional spending in those areas.

The addition of the new squadrons would mean a substantial increase in the service’s total number of personnel.

As of this year, there are 685,000 airmen and civilian personnel across the active duty force, the Air Force Reserve and the Air National Guard. The Air Force has already proposed expanding that number to 702,000 within the next five years. The additional squadrons would push that number to between 740,000 and 745,000, said Lt. Gen. Brian Kelly, the deputy chief of staff for manpower, personnel and services.

“That is not a budget-constrained number, it’s a number that’s based on what we think we need and how our combatant commands need to use our airmen,” he said. “It’s about a ten-year period to build that number of airmen. Over the last couple years, since 2016, we’ve been building at about four-to-five thousand per year. That’s a reasonable number, and that would continue for a number of years to get to that additional 40,000.”

Kelly said the Air Force had not yet determined how the personnel growth would be apportioned among the active, Reserve, Guard and civilian workforces.

Whatever spending is required would come on top of a $55 billion increase the Air Force and the other military services received for the current fiscal year, some of which went toward restoring combat readiness.

Wilson said the additional funds had gone a long way toward restoring readiness: thousands of airmen have been added, especially in critical shortage areas like maintenance, cyber and logistics.

“In September of 2016, the Air Force was short 4,000 maintainers,” she said. “By December of this year, with the funds given to us by the Congress, we will have closed that gap to zero.” 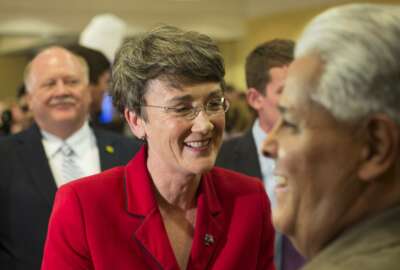 Air Force nominee defends past work for Energy labs, says Air Force is too small to meet its missions 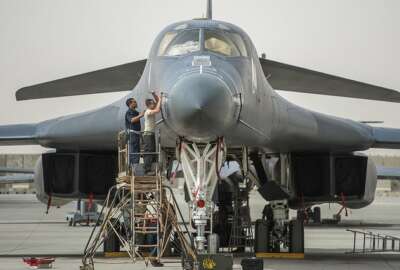