The Air Force’s top enlisted airman made an impassioned plea yesterday denouncing police brutality against the black community as unrest continues to grip the nation.

This is why I’m working with @GenDaveGoldfein, first and foremost to have a full and thorough independent review of...

The Air Force’s top enlisted airman made an impassioned plea yesterday denouncing police brutality against the black community as unrest continues to grip the nation.

This is why I’m working with @GenDaveGoldfein, first and foremost to have a full and thorough independent review of our military justice system. We will look to uncover where the problem lies, and how we can fix it.

I am Kaleth. I am a Black Man who happens to be the Chief Master Sergeant of the Air Force and I am committed to making this better.

The Air Force did not have a further comment on the review after an inquiry from Federal News Network. However, recommendations from government and private organizations have pointed out disparities between how black airmen are disciplined and prosecuted under the military justice system.

Wright’s Twitter thread began with him saying that he is just as vulnerable as the black men being killed by the police.

What happens all too often in this country to Black men who are subjected to police brutality that ends in death…could happen to me. As shocking as that may sound to some of you…

Wright admits that the Air Force itself has “demons” that include racial disparities in military justice and discipline among black airmen and a lack of diversity in the senior officer ranks.

Not enough…I have done my share of community service work, been in involved in mentor programs, voted in local, state and national elections, but I’ve come to the conclusion that whatever I have done in the past is just not enough.

Just last month Protect Our Defenders released documents alleging that the Air Force did not address issues and recommendations about racial disparities highlighted in reports from the organization and from the Government Accountability Office.

Wright also had a message for airmen. He told them to acknowledge their right to be upset about what is happening in the nation, but also to “find a way to move beyond the rage and do what you think is right for the country.”

He asked airmen to take the time to talk about their experiences and share them with others.

You don’t know the anxiety, the despair, the heartache, the fear, the rage and the disappointment that comes with living in this country, OUR country every single day.

“It’s extremely troubling to see that the Air Force is wasting valuable resources that could have been used to address staggering racial disparities in military justice on keeping the public and the press in the dark,” she said in a statement. “Imagine the progress that could have been made if that same effort were devoted to actually solving the problem. This was an opportunity to lead and to build a better Air Force by identifying and committing to changes to confront racial bias—conscious or unconscious.”

The report alleges that since 2016 the Air Force repeatedly concealed records, embellished efforts and attempted to discredit its own statistics on racial disparities in the military justice system.

“Despite the Air Force’s internal findings in 2016 that it has a ‘consistent’ and ‘persistent’ racial disparity in prosecutions of Black service members, it appears the Air Force has done nothing in the last four years to solve the problem,” Don Christensen, president of Protect Our Defenders, said.

Last year, GAO gave the military services 11 recommendations to address racial disparity in the justice system. Those include conducting an evaluation to identify the causes of those disparities and taking steps to address them.

“The Air Force claimed they were going to look into the problem, and they did stand up a panel that seemed to be of people trying to get an answer, and they made recommendations on how to move forward,” Christensen told Federal News Network. “That initial report was in 2016. Four years later, nothing has been done.”

“While we have taken steps to elevate unconscious bias training at all levels of our command structure, we have more work to do to identify and remove barriers that stand in the way of our people’s success,” she told Federal News Network. “In 2017, the Air Force enacted a range of initiatives beginning to elevate unconscious bias awareness and mitigate its impacts. Those initiatives have been integrated into various commander, first sergeant and leadership forums across multiple touchpoints. These discussions are facilitated in courses. In 2019, the Air Force conducted additional analysis and directed unconscious bias training for first line supervisors as well additional efforts like mentorship programs to assist young airmen adapt to the military culture. The main area of contention in the FOIA lawsuit involved the information developed as part of the Air Force’s deliberative process in understanding, evaluating and addressing the source of any disparity.” 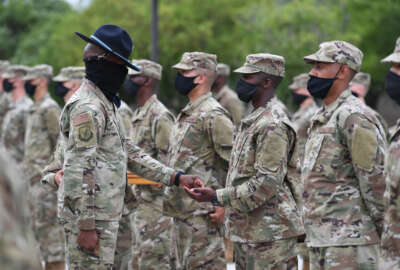 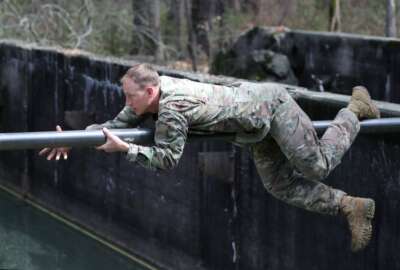