The Air Force is reorganizing its space acquisition office to better support the Space Force and other new space entities, but there are still questions surrounding exactly how the Pentagon will consolidate its space procurement.

Earlier this month the Air Force revamped its space acquisition shop by splitting it into three directorates.

The three directorates are each run by a colonel and will focus on the three areas Barnes mentioned: acquisition, architecture, and policy and integration.

The reorganization is all part of a larger shuffle within the military to make space acquisition more centralized and straightforward. The creation of a Space Force, Space Development Agency and space acquisition office in the Air Force were meant to address criticisms that the Defense Department’s fragmented leadership on buying space weapons was delaying critical capabilities.

There are still parts of the new leadership that need to congeal, however. The 2020 defense authorization bill requires DoD to appoint a space acquisition executive.

That position, which must be created by October 2022, would work with the Air Force service acquisition executive on space systems. That position would also be in charge of the Space Development Agency, the Space Rapid Capabilities Office and the Space and Missile Systems Center.

The question is if that position will be within the Air Force, the Space Force or even within DoD’s office of the secretary of defense. The authority could go to the position Barnes currently holds, or it could call for the creation of a new role.

“A big part of what we’re doing now is preparing ourselves and posturing ourselves for that new responsibility that will be coming,” Barnes said. “We’re working very closely with Air Force acquisition to determine what sorts of capability and capacity that this office will need in terms of people, in terms of facilities and networks and clearances and all those kinds of things, so that we can do that service acquisition executive job once that responsibility moves over.”

The Air Force is supposed to deliver a study to Congress on how to best handle the matter, but it is still in the works. 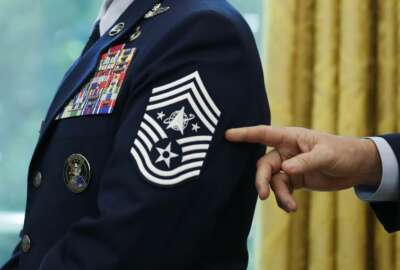 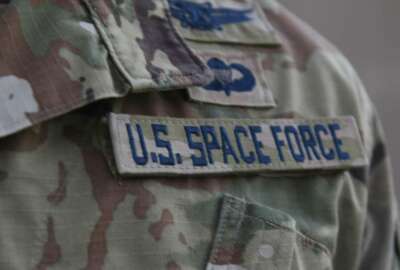