Robotic process automation requires robots, in this case, software applications that do things people would rather not. A unit at Hanscom Air Force Base, Massachusetts is running a challenge competition to come up with bots with the potential to speed up procurement and acquisition. Joining Federal Drive with Tom Temin with the details, enterprise cloud services materiel...

Robotic process automation requires robots, in this case, software applications that do things people would rather not. A unit at Hanscom Air Force Base, Massachusetts is running a challenge competition to come up with bots with the potential to speed up procurement and acquisition. Joining Federal Drive with Tom Temin with the details, enterprise cloud services materiel leader, Lt. Col. Todd Watson.

Tom Temin: Lieutenant Colonel Watson, good to have you on.

Lt. Col. Todd Watson: Good morning. Thanks for having me with you.

Tom Temin: Tell us about this competition. Who are you asking to join? And what is it specifically that you’re looking to get in?

Lt. Col. Todd Watson: Certainly, yeah. So the competition is open to all Air Force and US Space Force personnel, so military and civilians alike. And we’re really just trying to build some awareness and demonstrate what these robotic process automation bots can do in the work center across the Air Force and again Space Force. So trying to encourage folks to get hands on exposure to the tools and the systems themselves and get them in the hands of airmen out there just so that they can have some exposure, some training, understand the applications and how they can be used automate some of the mundane tasks that go on across the Air Force in new ways and then free them up to focus on other aspects of their job that are more important and require a little more thought.

Tom Temin: Now the cosponsor here is the Command Control Communications Intelligence and Networks Directorate and are you looking for RPA to apply, as I said, in the lead strictly in the acquisition and procurement area, or other areas of Air Force operations?

Lt. Col. Todd Watson: So it’s cosponsored between, as you said, C3I&N, our directorate, as well as the Program Executive Office for Business Enterprise Systems, or PEO BE as it’s often termed under Mr. Rich Aldridge. We’re working together collaboratively and host these events, and then also to host the technology and get the licenses dispersed to airmen and personnel across the Air Force. But to answer the question, it’s not just about the acquisition workforce or in the acquisition processes, it’s actually widespread. So it’s being applied in a number of different ways, countless ways, in fact, from the Air Force Personnel Center using it for mission readiness to temporary job offer processes that the administrative assistant to the Secretary of the Air Force. In addition to those acquisition document reviews that you’re already kind of talking about here, you’ve got folks that are updating technical orders on the flight line for iPads, you’ve got a recent winner of one of the first competitions we had, which was the bouncer bot, that being used by security forces at gates to look at people’s identifications and criminal database records and automating all those processes. It’s pulling disparate system information to consolidate and put it into monthly activity reports. The list goes on and on. But there are a number of different ways this technology is being used.

Tom Temin: So the entries could come in from any function. But as a practical matter, who would be sending in the entries, people that I’m guessing can code software, correct?

Lt. Col. Todd Watson: Well, that’s the neat part about this is you don’t have to be a programmer to be able to do this, it helps to have some programming experience. But this is what they call no code and low code type of technology. So you really can be, I’m not a programmer myself, in fact, and I could go through some of the trainings involved here and in short order be up and running and utilizing this technology to create my own bot development of sorts and applications where it automates the process without me ever having known how to really write code. So it could be an average person, an average Airman or government personnel, whether that’s finance logistics acquisitions, like myself, any walk of life here any of those functional areas can bring a process to life using this robotics process automation.

Tom Temin: So what form will these entries take? What do you get in the mail so to speak?

Lt. Col. Todd Watson: That’s a great question. So they come in as recordings. It’s consolidated and packaged up as viewable, almost like you’d watch a YouTube video, right. So you can watch the series of activities. It’s a mix of visual representations of what’s happening with the automation plus some words and some prose there to explain what’s happening to and the problem set that it’s trying to solve. So it steps you through the organization that’s doing it, what they’re trying to overcome, or what process that they’re trying to automate how you apply the technology then it demonstrates it visually. And then it demonstrates that so you can actually view this in about a 20 minute block here and see what each of these submissions has brought to bear.

Tom Temin: And what are the judging criteria? And also, who’s doing the judging?

Lt. Col. Todd Watson: Well, there’s about 10 of us that are doing the judging of which I’m one. And it’s a panel of people that are pretty familiar with the technology as well as a good mix of representation across different functional areas as well. There are about I would say, right now 20 submissions in the current competition that were holding. Numeric scoring, going across about 11 different criteria. So those vary from concept to design. There’s a readiness aspect of it that looks at capacity and how can this thing scale? What can it handle? It looks at the accuracy of the data that it puts out. There’s even a category on joy. So I guess how much joy does it bring to the operator, the person that’s going to utilize and leverage this bot.

Tom Temin: Yeah. So for the Airmen or the flight junkies or the drone operators, it kind of gives new meaning to the term joystick. Then what happens to the chosen entries?

Lt. Col. Todd Watson: Well, so those that are, there’ll be a winner out of this. But then they’ll also be some that are just going to demonstrate great capability that, you know, while they may not have won the competition, they will go on and endure and live to perform tasks in these processes in different ways. Some will maintain a maybe a smaller footprint and be used locally. Some of these will get legs if you will, and then be deployed and utilized across different bases and organizations throughout the Air Force and Space Force. To demonstrate that one of the first winners, which was this bouncer bot, I talked about a moment ago, right here out of Hanscom Air Force Base, now they’re looking to deploy that to other locations with high traffic, people coming in and out of those posts or out of those bases to ease the burden on personnel there. And so whether you win or you don’t, that doesn’t determine whether you can continue on, there’ll be plenty of opportunities for some of these applications to live on into the future and have application, whether they win the competition, or they don’t. So they’ll have bragging rights if they win. And we certainly highlight that, but I we’ve already seen goodness. In some of the earlier challenge applicants that are these entries that did not necessarily win they’re getting utilized elsewhere.

Tom Temin: And we have a new round starting March 15.

Lt. Col. Todd Watson: That’s correct. Yes. Yeah. A new round starting up in there. We’re still taking entries for that as we speak.

Tom Temin: And is there any prize to the winning entries? I know this is the government but..

Lt. Col. Todd Watson: Yeah, there’s no cash prize. Again, I think it comes down to mostly bragging rights. And you’re held up as a shining example of how you can innovate utilizing these tools here in the Air Force, and it can be done by you know, folks right here in your own shop.

Tom Temin: I guess at one time, you could hand out a carton of Chesterfields, but that’s long in the past too. And let me ask you this, these applications? Do they require an ATO, an authority to operate, or do they come in at a lower level than systems of record might in the Air Force,

Lt. Col. Todd Watson: That’s accurate. So they come in at the low level. So the technology itself is already has an authority to operate, if you will. And so any bot development that happens underneath that, if you’ve got the license, of which my organization has made a substantial purchase of those licenses on behalf of the Air Force and the Space Force as we’re disseminating those licenses. Now, if you’ve got a license to use for a bot or a developer license, you’re able to utilize it because the technology itself already comes in this commercial technology with that ATO. So that’s already been established, and individual bot developers do not need to worry about ATOing their bots

Tom Temin: Are there specific vendors and their no-code, low-code products that are part of this, or can any toolset be used as long as it’s licensed already to the Air Force?

Lt. Col. Todd Watson: Well, so we right now, there are several different vendors or commercial options for this. Right now we’re utilizing one in particular, but that will expand over time. We’ve got access to others, and as that becomes more prevalent or those opportunities are there then others can develop using the various technologies that are out there. But they can’t just go grab any technology for this particular competition, because again, it’s what the government has on hand what we’ve purchased and made available to our Airmen for the purposes of this, but we tried to remain diplomatic and keep opening up the opportunities for competition for industry as well, to be fair partners. And so I envisioned this along the way opening up to see plenty of other vendors in this space.

Tom Temin: Air Force Lieutenant Colonel Todd Watson is enterprise cloud services material leader at Hanscom Air Force Base, Massachusetts.. Thanks so much for joining me.

Lt. Col. Todd Watson: It’s my pleasure to be here. Appreciate it.

More information about the competition here. 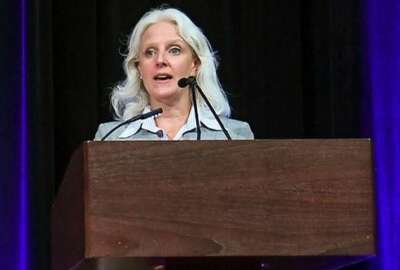 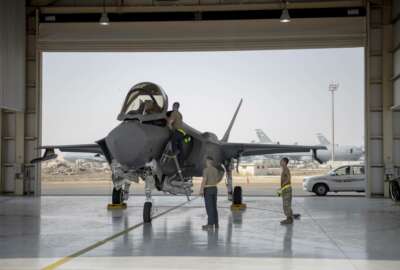 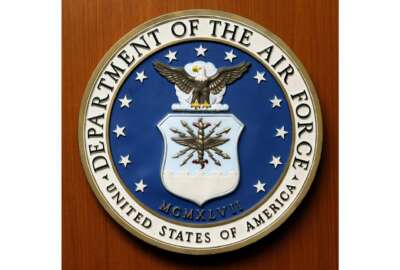